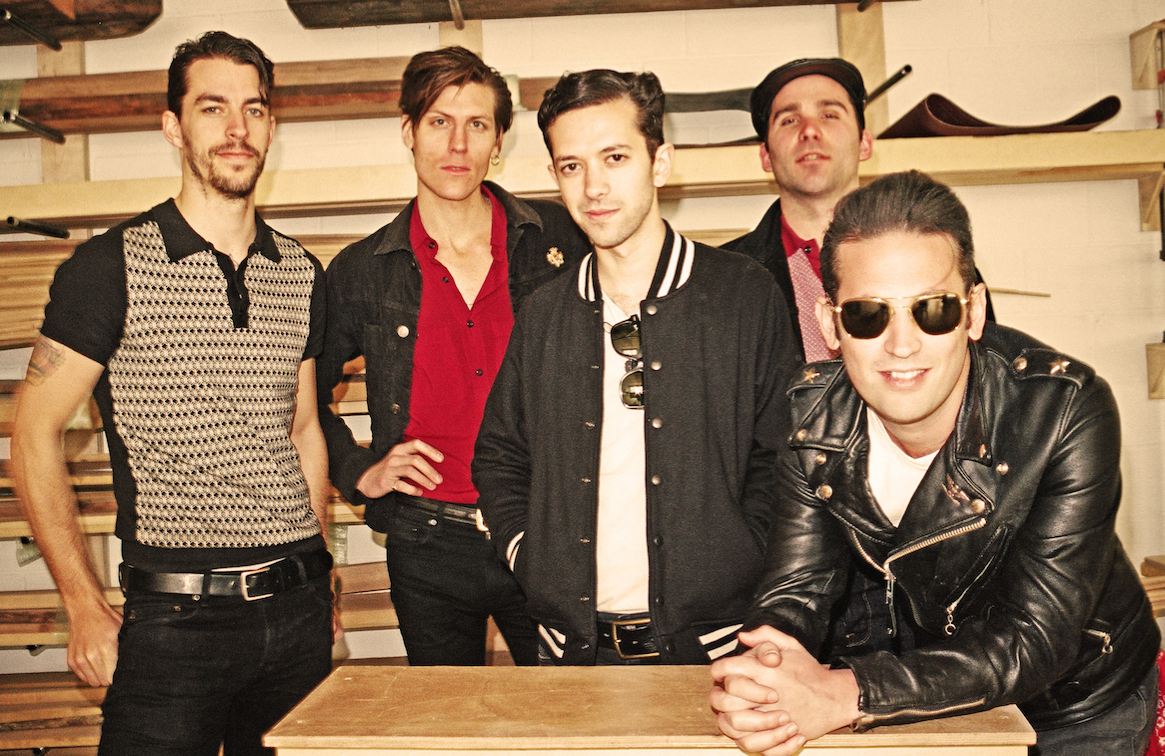 With a name like Jeremy Fury, how could your life’s ambition be anything other than fronting a rock band?  For Fury, though, it took a while to find an adventurous group to make the kind of music he wanted to make.  Two and a half years ago, he found himself with a catalog of songs and no band—but that didn’t stop Fury.  “I had written a bunch of songs over the years, and wanted to make a record.  I was having trouble finding the right group of musicians that could make it sound the way it should sound, and I’d gotten really frustrated.  Sometimes it’s hard when you’re trying to put a band together, you encounter a lot of professional musicians who you end up forming business relationships with and not really band relationships.  The problem I was having was that no one wanted to take a risk and go as far as I want to go with this music.” he says.  “My brother, who was living in Paris, came back for a few weeks and wanted to work on the songs.  It sounded good really stripped down, just the two of us.  We called a friend to play bass for us, and realized we had our foundation, then called a couple more friends, and gave it a shot.  We made a record, and decided to keep going.”  That’s when Jeremy & The Harlequins was born.

The New York City-based band has been providing opening support for Eli Paperboy Reed, a tour which will bring them to City Winery in Nashville on Monday, March 14th.  After that, the quintet will descend upon Austin for shows at SXSW, their first time there as a band; “It’s always fun for us just to play, and the thing about SXSW is you play a lot of shows around the city in a short amount of time.  You get to experience so many other bands and hang out with people you don’t get to see all the time, even bands that we’re friends with from New York,” says Fury.  “We’re really looking forward to it.”

The Harlequins take their musical direction from the sounds of the 50s and 60s, with a little touch of 1970s Glam Rock tossed into the mix for good measure, bringing roots rock into the 21st century.  “Our sound is a product of what we all listen to.  There are bands out there right now who are more traditionalists or purists when it comes to roots rock,” he explains. “We’re a modern band though; all it takes is a few groups to start playing a style of music, and then that becomes the sound of now.  I don’t mind being called ‘retro’ or ‘throwback’; those are just terms people use to create some frame of reference.  When The Strokes and The White Stripes came out in the early 2000s, those were the same words people were using to describe those bands, and within five years, that became the sound of rock music.”

Fury says the band has full length record, Into The Night, on the way this summer via Yep Roc Records: “We put out the first song, “No One Cares”, from the record. We’re really excited to get it out there, it’s like the next step of progression for the band.  Named for the first track on the album; “It has a triumphant, driving feeling, about when you want to see someone so badly, you find the energy to make it happen,” he explains. “It’s about going deeper into the darkness and coming out on the other side.”  Fury has definitely done just that, and the sky’s the only limit for Jeremy & The Harlequins.