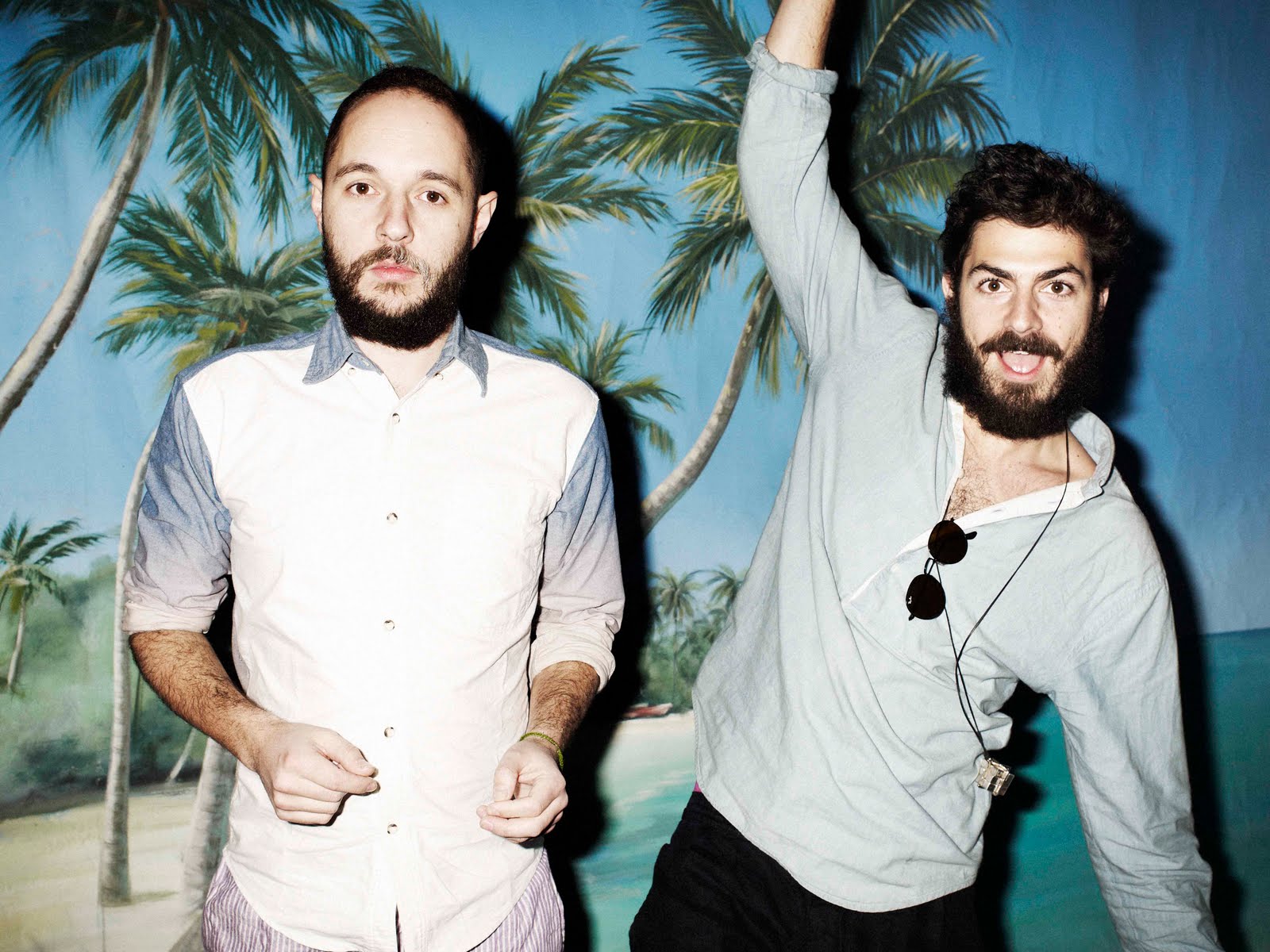 Australian dance pop duo Bag Raiders has toured the States before, but not quite like this; “We’ve been in a little van for like five days or something, but this is a full-on six weeks in a bus, going all over,” says co-founder Jack Glass.  “It’s definitely a new and awesomely terrifying experience.”  “It’s been a little insane, there’s an adjustment period.  We were in Dallas for our drummer’s birthday which was pretty dope.  We had a big night and found out what it was like to wake up hungover on the bus, and then we had to play on the Dallas news the next morning,” adds band co-founder Chris Stracey with a laugh.

Glass and Stracey started their journey together in high school, finding commonality in their love of music–“We found that we had similar taste in what we were listening to; we both wanted to make music together,” Stracey recalls.  The duo also found common ground in their desire to have fun and inspire others to do the same. “Generally, we like to have a good time, and we like to help other people have a good time.  We listen to all manner of music, from classical to ambient to contemporary rock.  When we’re in the studio we make music that gives us the feeling of wanting to dance or have a good time,” he says.  “Being able to translate that into something that makes the people who listen to it want to dance and have a good time, that’s the goal.”

Bag Raiders, a prime example of the Australia’s extraordinary music scene that is making waves in the United States, put out two EPs in 2015, has a new EP due out on March 4th, and a full length album set for release later this spring. “We have a mountain of music.  We could basically never go into the studio ever again,” laughs Stracey, as Glass adds, “But that would be terrible, because we love the studio!”

The duo’s tour will bring them to Mercy Lounge in Nashville this Saturday, March 6th.     The last time the band was here a few years ago they played at a fraternity party.  Wait, what? “Yes, right in the living room of the house,” recalls Glass. “We were hanging out, drinking Natty Light, it was dope.  It was also weird. But this time, we get to play in an actual venue,” Stracey says with amused relief.  “And this time we get a real sound system!” exclaims Glass.  “But we can still shotgun Natty Light though, right?”

There is also time for the band to explore the Music City on this trip.  “We’re looking to buy an instrument, an acoustic guitar or something like that,” explains Glass.  “We should be able to find a guitar there, right?”

Don’t miss this dynamic duo as they descend on Mercy Lounge this Saturday; for tickets to the 18+ show, click here: http://mercylounge.com/calendar/venue/mercy/2016/03/05/bag-raiders-with-plastic-plates/