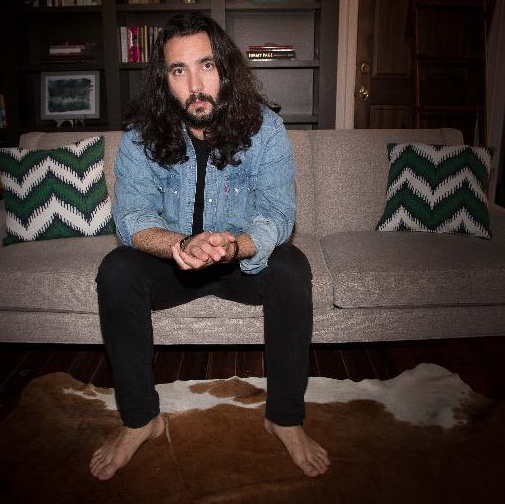 Ron Pope will appear with his band, The Nighthawks, for a sold-out show at Mercy Lounge on February 19th; this will be his first Nashville show since moving to the Music City.  “I’ve been in New York for such a long time, and I guess you could say I’m splitting my time between Brooklyn and East Nashville; basically they’re the same place.  East Nashville is really like a South Williamsburg,” says Pope of his new hometown.  “My wife and I are from Georgia, and we were talking about places to move where we could buy a house, and we felt like we wanted to be back in the south.”

Pope is also celebrating his southern roots with his latest album, Ron Pope & The Nighthawks; “I wanted to go back to the music I found inspiring and that encompassed all of the parts of American music that made me want to be a musician as a child,” he explains.  “I was excited to paint a picture using all the colors I had learned about as a child. This album is a painting of my childhood.”

The record was released via Brooklyn Basement Records—Pope’s own label that he started, well, in his basement in Brooklyn, that he now runs from Nashville.  “I wanted to utilize the things I’ve learned over the last decade, producing and writing, to help artists I believe in who aren’t being given meaningful access. Right now, it’s been people I had a personal connection to, people I already knew and already believed in, people I was already very excited about.  We’re all very different sound-wise, but at the end of the day, we’re looking for people who are great and who I can help.  When I signed a major label deal, I signed with people who didn’t add a drop of value to my life, they didn’t help me promote my music or create it,” he says of his experience in the industry.  “I can help these artists write, and promote, and make their sound cohesive.  Otherwise, what’s the point?”

Pope has signed two other artists to his label, one of which, TRUETT, is touring with him as opening support.  “I’ve known TRUETT since he was a little kid,” says Pope. “We’re from the same hometown.  I’ve known him since he was a 12 year old blues prodigy ripping Stevie Ray Vaughn.  I’ve mentored him for a long time, and I thought I could help him make the kind of record that could showcase what is so extraordinary about him.  He has unbelievably visceral energy that causes a reaction in people watching him perform, pure raw energy.”

The singer is excited to play for his new hometown, which he embraced with open arms. “Nashville is really cosmopolitan, and it’s real and it’s open.  In Nashville, when you’re doing a co-write, and someone is like, ‘oh, do you know Dierks Bentley‘ and you say you don’t, and they’re like ‘oh you should really meet him, let me introduce you!’ That doesn’t really happen in New York,” he says.  “I found an immediate sense of community in Nashville. The show is going to be really fun, and the best part is, I can take a shower in my own house and sleep in my own bed afterwards!”