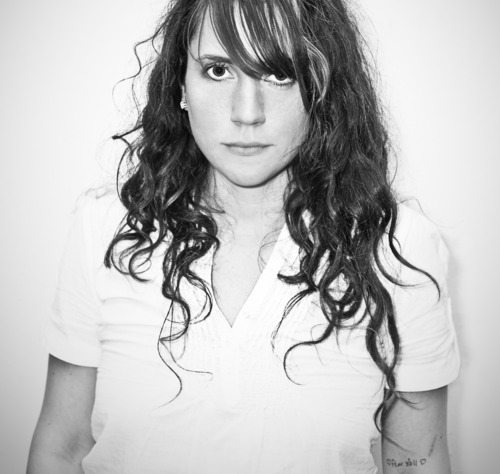 North Carolina indie folk outfit and coverer of awkward subjects, Des Ark, is touring in support of their new album out now on Graveface Records.  Band mastermind and tattoo enthusiast, Aimée Argote, took some time off between albums to deal with family hardships; “During this record, my dad got sick, so there was reprioritizing and taking breaks to be with my family.  I also changed the record label I was working with halfway through the process.  I had to figure out how to make a record with no budget,” she says.  “I grew up without a lot of money; when you grow up poor, you don’t go to the mall and buy a new pair of pants, you go to the thrift store and buy a pair of leggings and a belt and sew them all together to make a pair of pants,” says Argote with a laugh.  “The recording process was like that too, recording a million different things and making a record out of it.”  Realizing she wasn’t going to be able to do it all alone, she enlisted the help of an exciting roster of friends and collaborators, including Thor Harris (Swans), Andy Lemaster (Bright Eyes/Drive By Truckers), Jonathan Fuller (Engine Down/Denali), Brian Paulson (Wilco/Beck), Jordan Geiger (Shearwater/Hospital Ships) and Taylor Holenbeck (Appleseed Cast). “It took a long time, but that’s okay. If I was in a situation where I had to go knock out a record in a week instead of three years, I think I might lose it,” says Argote.

The result is a lovely collection of heartfelt tunes with light-hearted and comical song titles, called…Everything Dies. So there’s that.

Argote says the song titles lighten the mood: “I have all these tattoos; I got this massage, and the woman asked me about every single tattoo on my body. Half of them are really serious and close to my heart, and the other half of them are really crappy and usually like ‘stick it to ‘em’ tattoos or by a friend who just got a tattoo machine but didn’t know how to use it yet, there’s something in that—across the board, that represents how I go about life,” she says with a smile in her voice.  “In terms of song titles, a Des Ark show is these really sad songs and in between, it’s mostly me telling really bad jokes and saying fairly inappropriate things to lighten the mood. In order to engage myself in hard situations, I need to laugh it off, and understand the humor that can coexist in really intense situations.  My body looks like that with my tattoos and my songs are like that too with their song titles. I make jokes in hard times, not to avoid the things, but it makes it easier to face them.  The album title is me struggling to understand that everything dying can be both beautiful and heartbreaking, it doesn’t have to be absolute on either end of that spectrum.  The album is about sickness, breakups, things like that.  When you’re at someone’s bedside when they are dying, you learn things about them that a beautiful that you never saw before.  Those are gifts to me; the same goes for breakups.  You land in these treacherous places but you make yourself get back up in ways you never thought you had the strength to do.  I’m in a time in my life where I need to learn how to be open to looking at things from different perspectives.”

For the singer, performing sad songs is cathartic, and offers her a platform for connecting with people who may face the same struggles she does.  “Performing live is a real slippery slope, and you have to figure out why you want to perform your art in public.  For a long time, I’ve seen people get on stage because they want to be underneath a spotlight. I do it for a different reason; I looked at the artists I admire, and I realized they didn’t do it for a sense of spotlight, there’s a whole other reason to perform, to understand that the things that are hard for you are also hard for other people,” says Argote.  “It’s really powerful to have a microphone in front of you to be able to talk about what other people might be afraid to talk about.  It’s not that I’m the only one who knows what I’m talking about, it’s that I’m the only one who has a microphone at that time.  When I perform, I feel held onto by the people who are there.”

For tickets to the show: http://www.ticketweb.com/t3/sale/SaleEventDetail?dispatch=loadSelectionData&eventId=6299485&pl=3rdlindsley&REFERRAL_ID=client