Richmond, Virginia-based indie rockers Those Manic Seas are going on tour again!  The band has been in a quick period of transition in the two months since their last tour, losing a member, gaining an awesome new one, revamping their live show, and seeing their tour van through multiple rounds of open-heart surgery (which, quite honestly, was more expensive than buying a new van).  Now, the fellas are ready to hit the road, and they’re excited to come play in your town!

Drummer Dan Medley says, “This tour is more focused. We did all we could to avoid backtracking on our route, or driving for more than 8 hours in a day. We also are going back to a bunch of venues and cities that were great to us, so we’ll have the chance to reconnect with a lot of amazing people and musicians again.”

While touring is an adventure, it comes with difficulties as well–self-funding, van-camping in Wal-Mart parking lots, eating beans out of cans, and being away from their loved ones.  “To us, touring is very much an emotional rollercoaster. Some days are incredible; making new friends, seeing new cities, getting to play music in front of a crowd – and some days you’re stuck in traffic for 6 hours, in the middle-of-nowhere, Georgia, crammed into the same seat you slept in, on the way to a show that could have anywhere between two, and 200 people. Every day is different. We are both constantly surprised and disappointed. We never know what to expect,” explains Medley.  “Life on the road is weird, but unfortunately we all have an unhealthy love for live music. Performing every night is how we’ve chosen to deal with it.”

Those Manic Seas will be kicking off their town with a hometown show at Balliceaux in Richmond on January 28th.  Their travels will bring them to the Music City to perform at legendary music venue The Basement on February 12th (which will be “presented by” yours truly, yee haw!), so be sure to see them when they roll though your neck of the woods! 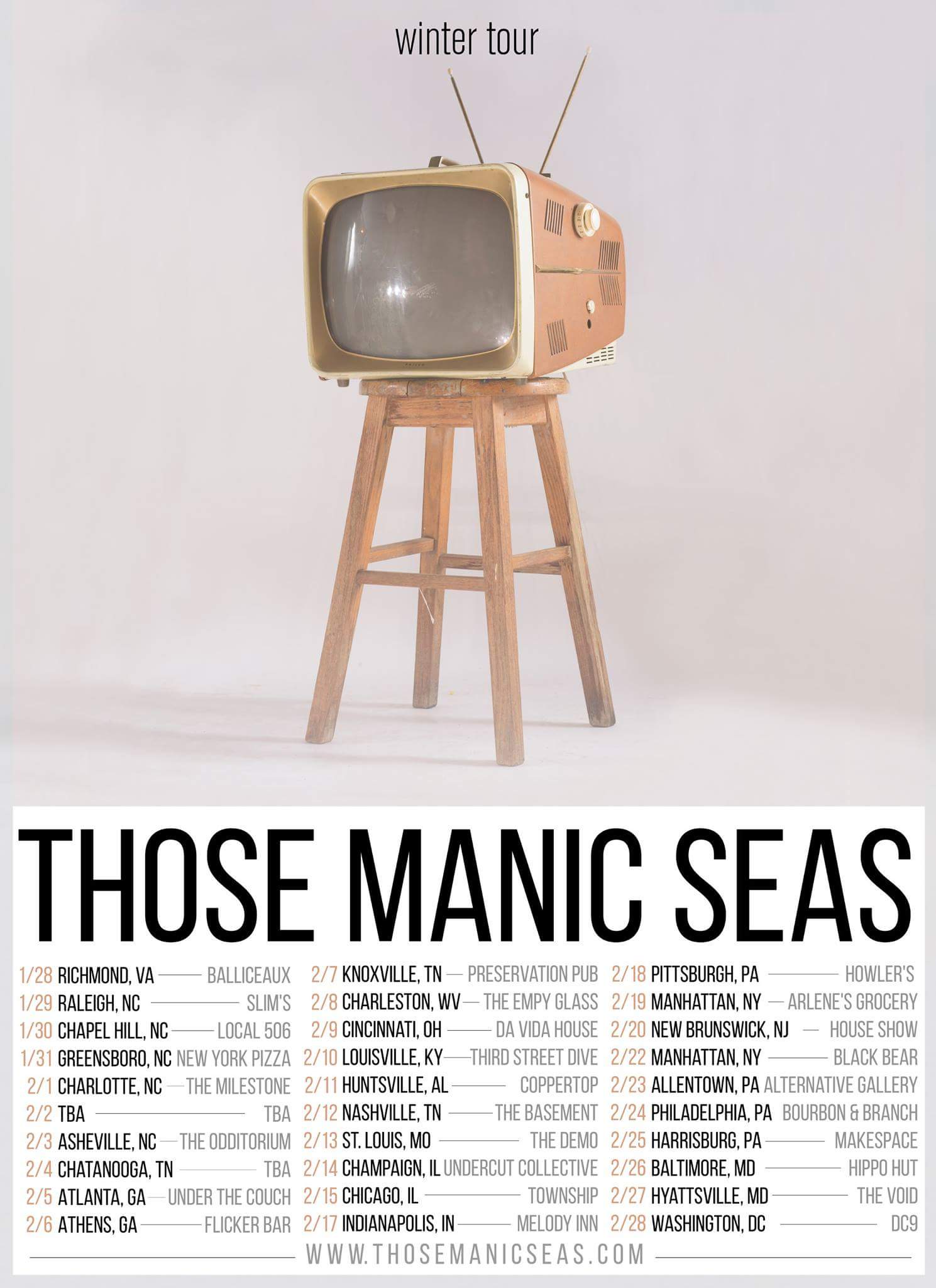 Check out the video for their fantastic new single, “Outlier”: