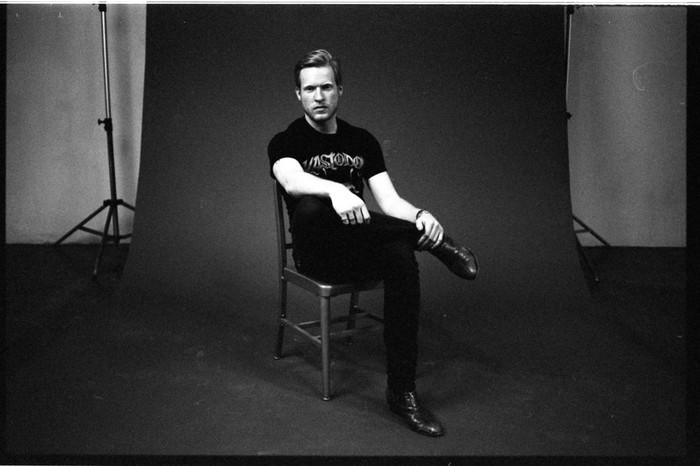 Charlie Abbott moved to Nashville a few years ago, as he says, by accident; the budding musician and Wisconsin native had been bouncing around for a a while, landing for periods in Minneapolis and Chicago. On a whim, Abbott made his way to Nashville, camped out at a hostel for a few nights, and fell in love with the Music City.  “It’s in my personality to adventure and travel. I didn’t really intend to stay at all,” he says  “You know how Nashville is, it kind of sucks you in.”

With a musical journey that began behind a keyboard in his childhood, Abbott’s trajectory changed when he picked up a guitar at the ripe old age of fourteen.  “I played in rock bands all though high school, and I started traveling with a band when I was about eighteen years old.  I didn’t really start writing my own stuff until a few years ago; when I moved to Nashville, I really got hit with the muse, so to speak,” he recalls.  That could easily be categorized as quite an understatement, because Abbott found himself  writing and recording constantly, gigging around town, being asked to play on others’ projects, ultimately leading to his present focus on solo pursuits.

“I love to write and practice in the bathroom.  It’s random,” he says with a laugh.  “It’s like a tap, my creative process, sometimes it’s on, sometimes it’s not.  When It’s off, I don’t mess with it, I don’t try to force it because it will just frustrate me, and it won’t bring out anything good. I’ve learned to just cooperate with whatever is happening in my brain.”  Fortunately for us, the tap has been, and continues to be, on.

Abbott self-released an EP, Watch Me Explode, last October; “It was the first thing I had done in a while. I’d written a bunch of songs a while back I was going to put out, and then right before I did, I changed my mind, and stopped writing for a while,” he says.  When he decided he was ready to pick it all back up, Abbott found himself at House of Blues’ Studio D, a recording space which began its history in Memphis and was moved to Nashville on flat bed trucks:  “It wasn’t like a typical studio.  We got to use the board that Prince’s Purple Rain was mixed on,” he says with a smile in his voice.  “I had minimal expectations beforehand, but when we got in the room, it was the best music session I’d ever had.” Abbott grabbed friends and called upon frequent collaboration partners to assist on the EP.  “We banged out the whole thing in one day,” he explains.  “I like to work at a fast pace, which can be hard when you’re working with other people.  It’s probably a fault, to be honest, I could probably benefit from being more of a perfectionist.  It felt really good though.”

The finished product is a four-song sparkler which is the embodiment of all things good about head-bobbing, toe-tapping, shimmering indie rock; even a cursory listen is a pleasure.

Pleased with the response his music has gotten from crowds and and the frequent rotation it’s received from local independent radio champion Lightning 100, Abbott is now working on a full-length album, with plans to begin the recording process in February.  “We might just abolish the idea of recording in a studio and do it entirely in a house.  With the exception of the experience I had at Studio D, I don’t really like studios, I think it’s a sterile environment to make art in. I hate the concept of constantly watching the clock to try to save money while you’re creating something.  When I’m at home doing on it my own, I will sit and mess around with an idea or a sound for hours,” Abbott says.  “Sometimes it works and sometimes it doesn’t, but having that freedom to experiment is where the fun comes in for me.”

Get your tickets to the show here: http://www.ticketweb.com/t3/sale/SaleEventDetail?dispatch=loadSelectionData&eventId=6341235&pl=3rdlindsley&REFERRAL_ID=client