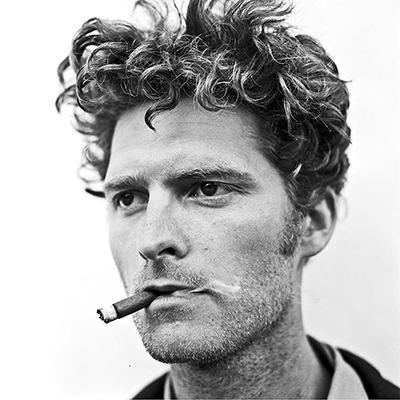 James Apollo is an intriguing character; he thrives on quests of outdoor adventure, travels the world playing music with his troupe, which he refers to as the “James Apollo 5”, even though there are seven people listed–“I always like to throw in a little bit extra,” he explains–.and never lives in one place for too long.  He also has a unique way gauging a city’s penchant for welcoming visitors, giving me an example from a recent trip to the Music City to perform at local venue Exit/In: “You can tell what a town is like by the personalities of the bouncers.  I lived in New York for a number of years, and I think that’s the where the identity of ‘bouncer’ comes from, sort of like steely-eyed, grill-toothed, ready to knock you silly, but the guys at Exit/In were like ‘hey we’re about to have Thanksgiving dinner together, let’s have a really nice time,'” he says with a laugh.

Apollo says he never resides anywhere longer than two or three years; he’s lived in Italy,   on a boat in San Francisco (which he says was a horrible experience), and settled in Seattle a few years ago; “I just keep moving around,” he says nonchalantly.  The faint of heart might consider that kind of life intimidating, or even lonely–but not Apollo. “The two most valuable and exciting things in life are leaving and coming home.  When you’re moving a lot, you’re experiencing that continually.  It’s fun.”

Even the genre of the music he makes is listed as “action/adventure”, a question just begging to be answered.  “I tour as support in other people’s bands too, nobody else has these types of experiences—someone will say, ‘Hey! We’ve got a day off in Amsterdam! Alright, well let’s just go there, we can save money on hotels and find an all-night bar and hang out there!’ Then when we get there we can’t find anything there like that, then we’ll fight or argue about it, then one person will go sleep under a bridge, one person goes and steals a bike, one person goes and climbs a mountain outside of town,” Apollo says.  “You have these 45 minute shows that are played throughout a tour, but there are 23 other hours in the day, and it becomes this weird, abstract level of survival, insane at all times.”

Apollo doesn’t recall actually making a decision to pursue music, it just happened.  “My brother and I just started playing, moved into punk bands, and toured around.  We used it as a way to see the world.  It was just sort of natural, and it just got bigger and bigger,” he explains.  “Now, we have this giant family, a network, and we get to do these things all around the world.  It makes things very homey.”

His spirit of adventure, definitely informs his art; his latest album, the frontier-centric Angelorum, encompasses themes of motion, movement…and anger.  “There’s something intriguing about ‘the west’,” he explains.  “I was very specifically listening to some weird stuff, a lot of exotica kind of stuff, with exotic instruments, marimbas and congas, I was very careful not to listen to anything really straightforward or mainline from any generation,” he says of his process.  These days, Apollo is working on new music to release, but he gives few clues or indication of what’s to come, which is all a part of the adventure.  “At its base, the things you create are going to be who you are, you’re never going to lose what your wardrobe is, no matter how skewed you make it.”

2 thoughts on “An Exclusive Interview With James Apollo”