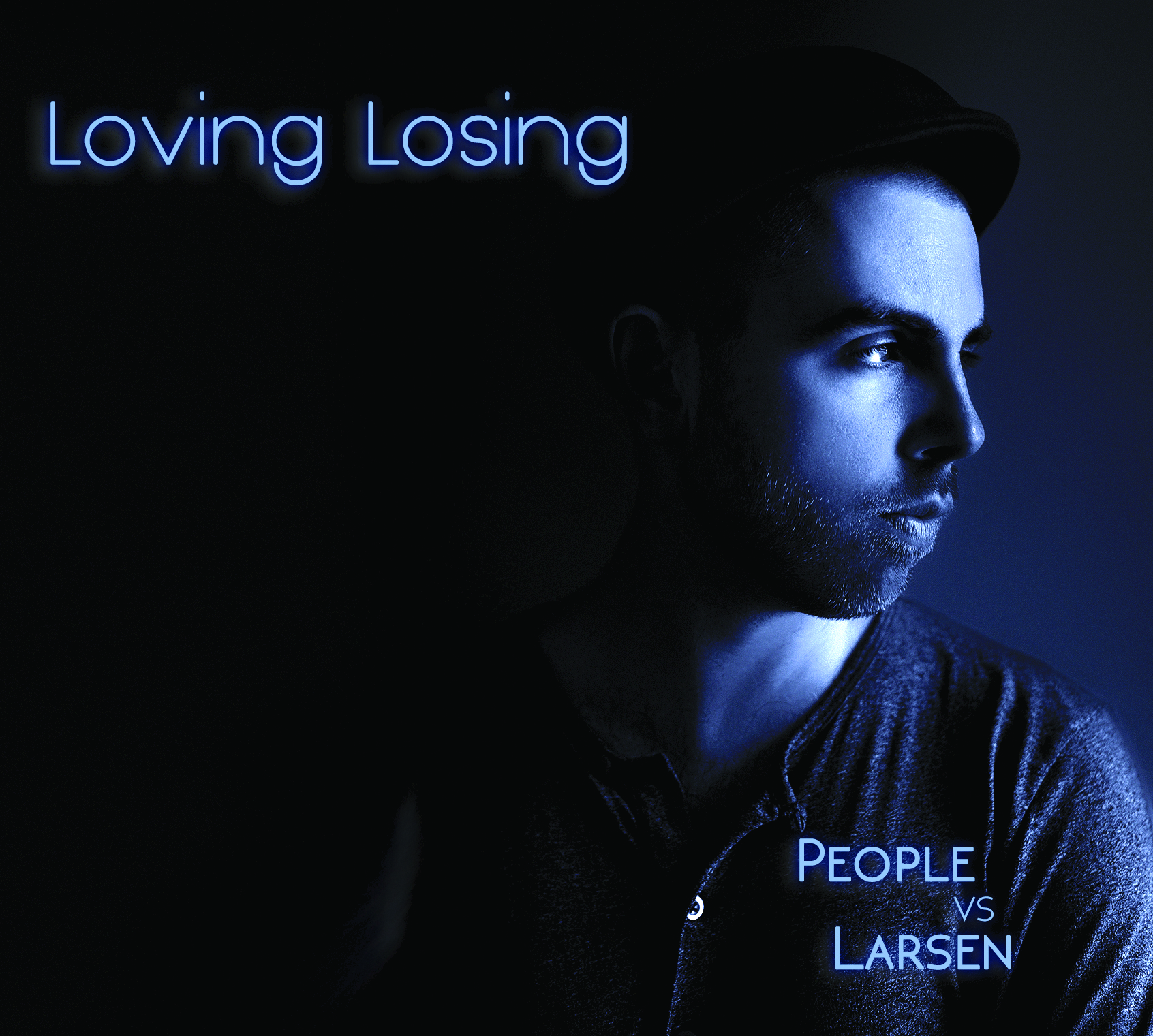 First impressions are important. This is especially true in the disjointed music landscape in the United States at present.  At the age of 9, I was introduced to the Blues Brothers, an initial early formative foray into popular music for me. Hearing Jake, Elwood, and the boys tearing it up on Briefcase Full of Blues is a favorite early memory; whenever I hear the notes of a two bars blues or a sizzling slide solo, the adrenaline quotient kicks up a notch, flooding my mind with the memory from that summer day. Consequently, as a young adult, more tantalizing artists like George Thorogood and Stevie Ray Vaughan eventually lead me to dig deeper, exploring their blues influences…I think you get the point. In fact, the last blues player that mesmerized me as innovative was the aforementioned Mr. Vaughan, until I heard People Vs. Larsen, whose frontman/composer Tom Larsen captivated me with the song, “One More Time”.  That just doesn’t happen often anymore.  People Vs. Larsen did a number on me.

The band, comprised of Larsen (guitar & vocals), Dylan Shamat (bass), and Dave Tedeschi (drums), has been an innovative voice in the indie/blues music scenes in New York for over three years.  People Vs. Larsen released their debut self-titled record in the fall of 2012, and will release their sophomore album, Loving Losing, on January 12th.

Larsen’s technique is solidly technical; even though it does not quite place him in the same category as the legendary SRV, his approach is fresh in a genre-bending/blending way. Upon the first listen to the album, you will hear the blues, jazz, and brush strokes of R&B. On subsequent listens though, Larsen’s voice surprises as much as his fine technical work on guitar; his clear and lilting sing-song voice will certainly endear him to the ladies in the audience. Given that the term “indie” is now used to describe a musical genre, I would almost venture to call this an indie blues/jazz fusion without the pretense. The songs are enjoyable, accessible, listenable, sexy, and dare I say…fun.  However, that does not take away from the fact that PVL is unique and genuine with substance. Let us not forget Dylan Shamat (bass) and Dave Tedeschi (drums) laying down their solid, bottom end stamp, perfectly accompanying Larsen; I never heard a misstep from this fantastic rhythm section.

With Loving Losing, People Vs. Larsen create a fresh and contemporary twist on traditional blues and play it their way. Literally.  This album bears the mark of true creativity and skill that when played, live or otherwise, is sure to draw a crowd.

[This lovely review was crafted by Hunter MacLeod, international man of mystery and freelance writer for kilScene and Mother Church Pew.  Catch up with him on Twitter–@MadH_MacLeod]