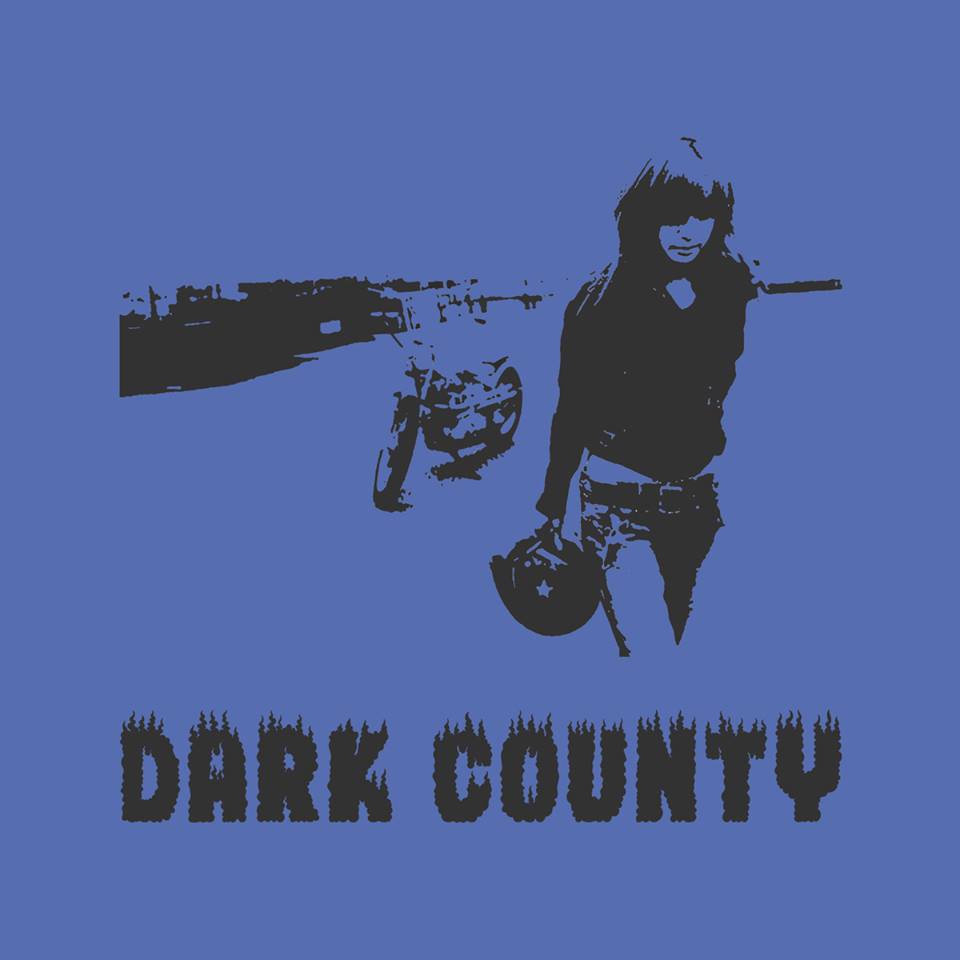 Meet London-based Dark County, makers of “night time driving rock” who emerged from the garage and have recently unleashed upon us a an album of fuzzed-out, rock-hard, grunge-y tunes.  I had to find out more about this elusive group, and of course, share it with you, beloved readers:

East of 8th:  Give us a brief history of how your band came to be….and go!

Dark County:  Beaz and CJ started jamming. Being brothers, they thought it was about time. Beaz and Dan have played together in bands before and Dan’s a quick learner so from there really. Had a few jams, felt good, and so we carried on.

Eo8:  You released your debut recently, can you describe your experience making it?

DC:  When we first started it was all about making the album. We loved the sound we were making and we just wanted to get that down on record while it felt right.

From the first jam to studio was probably about a month so we were still finding the sound while we were there.
The actual process of making the record was pretty surreal…bit of a hazy 3 days, went quite quick with hardly any editing.

The only way to capture what we were playing in the room accurately was to go for it live, to 2-inch tape. No computers, no fuss.

Eo8:  Your music has a distinctive desert-y vibe, but there aren’t really any deserts in England (are there?), so how did you arrive at the inspiration for this sound?

DC:  It’s good to dream about places and escape the mundane – we do that by jamming, hopefully you can take some time away when you listen.  Not all of our songs are about deserts though.

Eo8:  If I could only listen to one of your songs, which one would I listen to to get have the quintessential Dark County experience?

DC:  Probably our instrumentals, they were improvised jams, so can’t get any more natural Dark County than that.

Eo8:  If I were standing on your stage and looked out at your audience, who and what would I see?

Eo8:  If your band had a musical soccer/football team, which bands would you draft to be on the team with Dark County and why?

DC:  Would have to be James Brown’s backing band……no mistakes, absolutely solid!

DC: We’ve never been given any – usually guitar geeks and techies tell us to clean up our sound and play a bit quieter. So that went down well.

Eo8:  What’s next for Dark County?

DC:  We’re going to be hitting the studio again in February and then after that play as many shows as possible throughout next year!