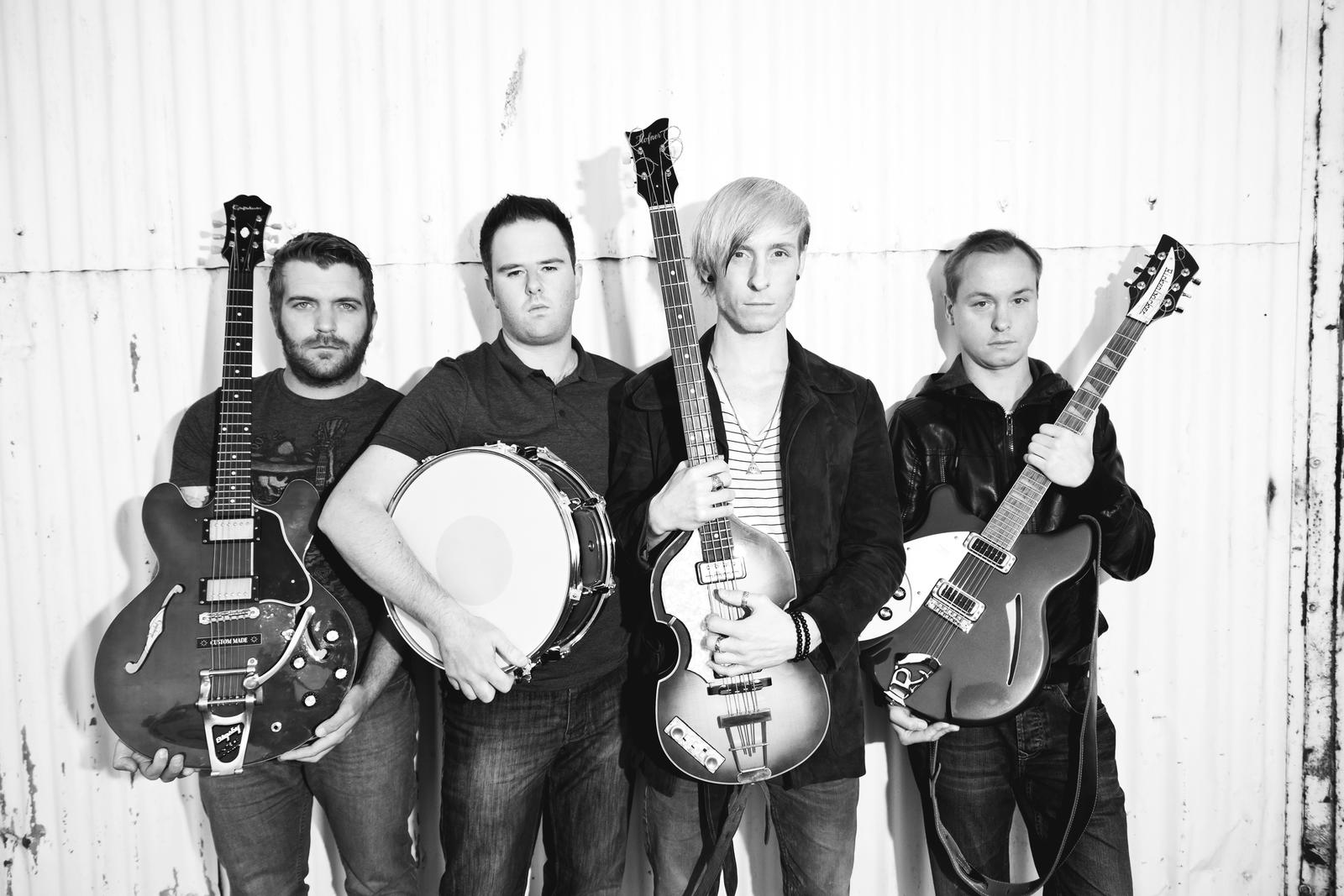 Hopton-On-Sea is a small seaside town on the east coast of England; aside from some traffic from vacationers seeking solace by the beach, there isn’t a whole going on in this small town…except for the waves being made by up-and-coming indie rock outfit Distant Sun.

Initially, the group was comprised of brothers Rafe (lead vocals/bass) and Nick Garforth (rhythm guitar/vocals), and Lewis Hickin (lead guitar/vocals), who met at an open mike night at a pub in Norwich, the closest city.   “We decided to learn some songs, and do some open mike gigs together. We started doing some acoustic trio stuff, and eventually felt like we were ready for a fourth member,” explains frontman Rafe.  After an unsuccessful months-long search for a drummer to round out their sound, the friends decided to go about things in a slightly different way: ”We can keep looking for six more months and find nobody, or we can pick a friend, somebody who was close to us who loves music, and say ‘how do you feel about learning drums and being in a band with us?’” recalls Rafe, who decided to take a chance and knock on Paul Chandler’s door.  Literally.

“I was sitting at my house in my boxer shorts watching t.v., and there was a knock at the door, and Rafe was like ‘hey, do you want to join the band?’ I almost slammed the door in his face and laughed it off really, but it was the best decision of my life,” says Paul, who then learned to play the drums so he could join the band.  That’s what you’d call a good friend.

“When we were trying to get a drummer, we didn’t want it to be plastic or sterile, and we’re all such close friends, our chemistry is always so good.  We can be brutally honest with each other,” explains Lewis, as Rafe adds, ”We know so many bands that are full of strangers, and they only meet up for rehearsal and performances.  We didn’t want that.”

In 2013, Distant Sun self-recorded their debut album and released it under their own label, Texan Twang Records; soon after, they secured a publishing deal, and their music got national airplay on BBC Radio.  The group kept the momentum going, releasing their follow-up album, Reverse The Ending, this November.  “The main difference is that we’re a lot poorer now,” says Rafe with a laugh. “We recorded the album in our homes, it’s like a glorified bedroom experience. It took us about six months.”  “We learned so much from our first recording, and we tried to incorporate all the constructive criticism and feedback we got from it.  This one was a lot of hard work.  We would work all day then go straight to the studio, be there until 4 a.m., then get up again at 6 for work.  It was great though, because we were progressing the whole time, it was cool. We’re really pleased with how it came out.  It just feels more genuine and personal,” Lewis says.

The boys say that the record is a great example of experiencing the band in a live setting; “The whole reason we recorded it the way we did is because we wanted to come across as we do live,” explains Paul.  “We wanted to get in there and play the album once, there are very few overdubs, no extra instruments, there aren’t any secret guys hidden behind amplifiers playing more guitars,” Lewis says, as Rafe adds with a laugh, “The only special guests you might hear are a couple of barking dogs.”

The ten-track stunner is a true reflection of what the band is all about; the songs, upbeat and melodic gems brimming with consistent drive and energy, are about hope, about not giving up in the face of adversity, and standing by what you believe.  This album is just plain fun to listen to, because Distant Sun loves what they do, and it clearly comes across on Reverse The Ending.