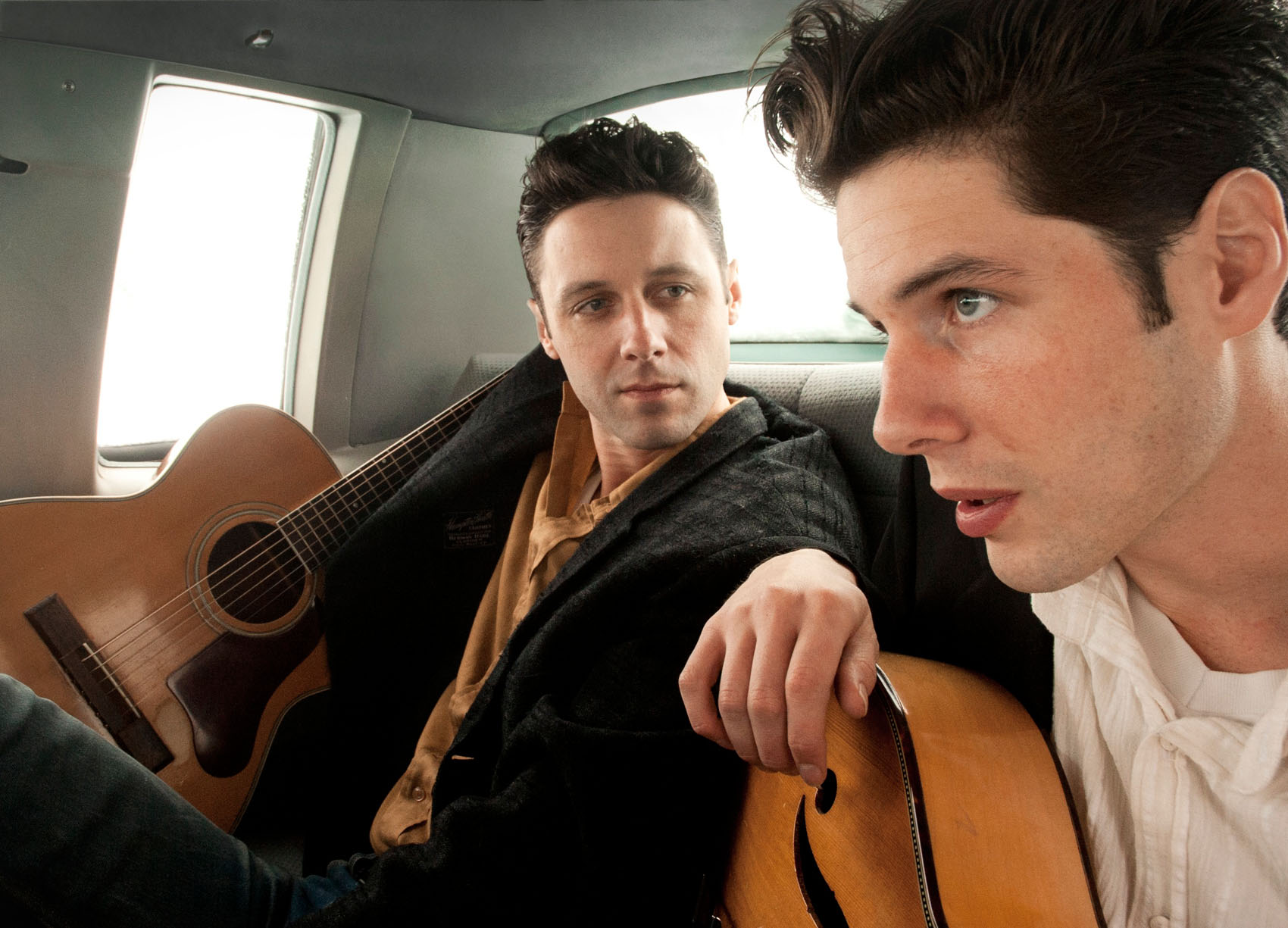 Blood harmony: when people who are closely related, like siblings, sing together, the similarities in the voices make them blend so beautifully, it adds a special dimension to the sound, making listening a truly magical experience.

Meet Page Burkum and Jack Torrey, a literal band of brothers who together are known as The Cactus Blossoms.  Born and raised in Minnesota, the pair grew up with music in the snowy air; “We grew up in a fairly musical house,” recalls Torrey. “Neither us really took lessons or anything, but there was always music around, our dad and brother played music.  We just picked up instruments and started playing.”

Together, they make music that oozes vintage rootsy goodness in every measure. “People want to call us ‘throwback or retro’, but I think it’s just because they’re too lazy to describe it.  We didn’t set out to make retro-sounding music, per se, it’s just the kind of music we fell into and started playing, and being brothers singing harmonies together lends itself to that kind of music. You can get tired of everything being talked about in terms of time.  For us, it’s the style we like, we’re not intending to do something that’s old, that’s just how it sounds,” explains Burkum, as Torrey laughs and adds, “We used to sound like we were 100 years old, now we sound like we’re about 60 years old. We’re trying to modernize.”

Now the band is preparing to release their debut, You’re Dreaming, on January 22 via Red House Records; the album was produced by swoon-worthy blog favorite and new Nashvillian, J.D. McPherson.  “We met J.D.  when we played a show with him in Minneapolis.  We ended up playing some more shows with him around the country, and he said he was interested in helping us produce an album.  We ended up doing it in Chicago with people he knew, live over a few sessions, it took about eight months to get it all the people together in one room.  Once we did though, it was really straightforward and simple,” says Torrey of the recording process. “The record is a mix of stuff we’ve been playing for a while, and new songs that we’d never played live before.”  The duo agrees that the album’s title track,“You’re Dreaming”, is a excellent example of their signature simplicity.  “Stylistically, it’s kind of in the middle of the stuff we do.  It was inspired by heartbreak and pain.  I think you can put things into songs, and that’s where it then lives forever.  It gets it away from you, more than reminding you or being negative.  It’s a song, not a diary.  It stands on its own,” explains Torrey.  Ultimately, the duo’s goal is to contribute something good to the world through their music; Burkum laughs and says, “Hopefully someone enjoys it!”

The Cactus Blossoms, on tour through mid-December with Nick Lowe and Los Straitjackets, will be making a stop at The City Winery in the Music City on Saturday, December 5th; get your tickets here: http://www.citywinery.com/nashville/tickets/nicklowe120515.html