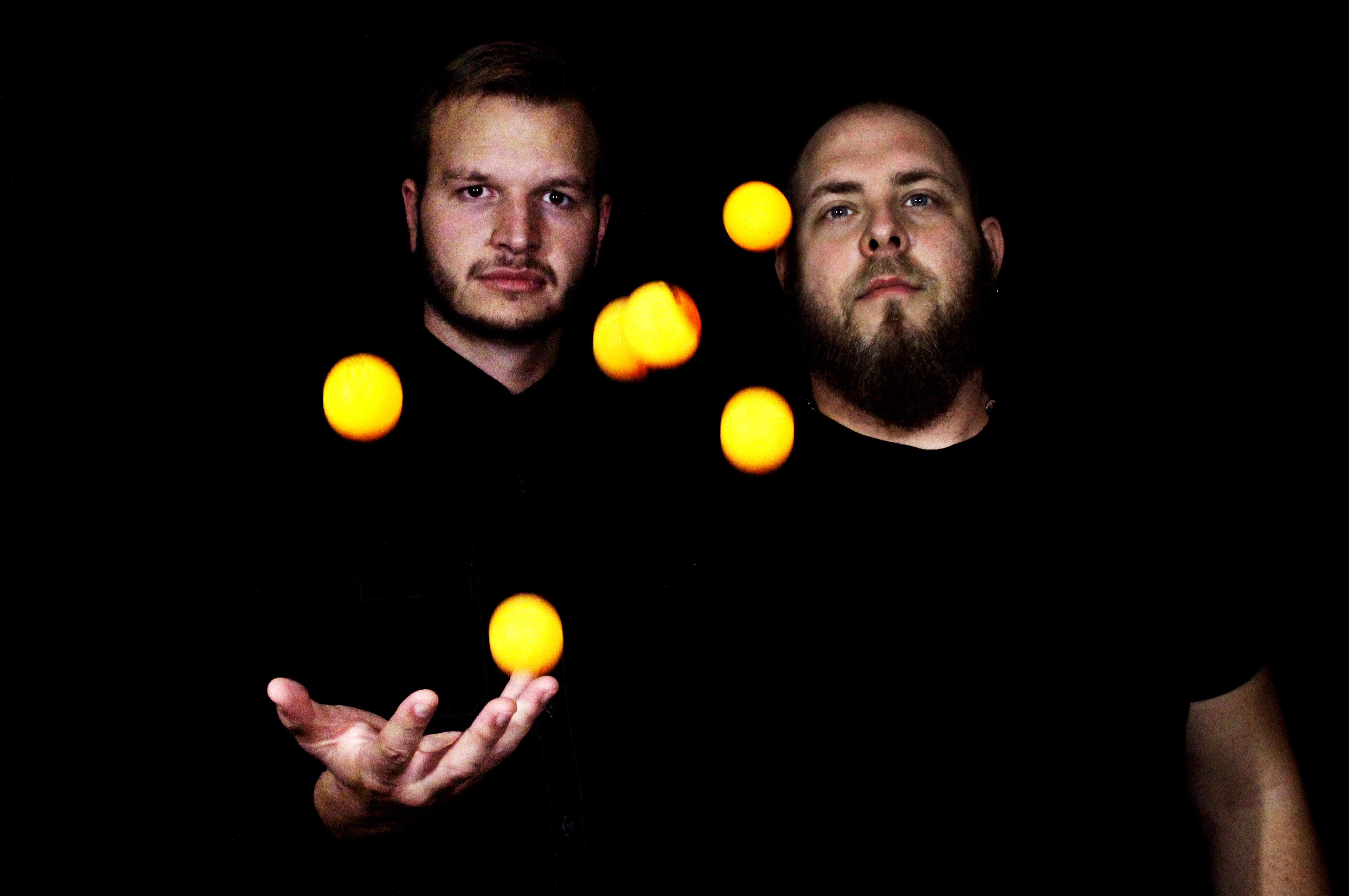 Dynamic alt-rock duo Christopher Martin (guitar, vocals) and Chris Phillips (drums, vocals), together known as IAMDYNAMITE, released their sophomore album, Wasa Tusa, this summer; the 10-song gem was a follow-up to 2012’s rockfest, SUPERMEGAFANTASTIC,which held a prominent spot on this girl’s proverbial record shelf.  The pair have been busy touring to support the release of Wasa Tusa, and are currently on tour with Third Eye Blind.  I was so incredibly excited to chat with Christopher Martin about they’d been up to, but I tried really hard not to fangirl out loud during our conversation….the lengths I will go to for you, my beloved readers.  Enjoy!

Christopher Martin:  Me and Chris grew up in Michigan, right outside of Ann Arbor in an even smaller town called Milan, spelled like the Italian city but Michiganers say it “MY-lan.” It was a small, dinky, little town, and we started playing together in high school.

Eo8:  You weren’t too far from Detroit; were you influenced at all by the garage rock/blues thing happening there?

CM:  We were kind of disconnected from that, we were from such a small town, it was really rural, so we didn’t feel very connected to the garage-y rock thing happening in Detroit.  I loved Radiohead, I went through a big Rage Against The Machine Phase, typical early 2000s kind of rock music.  Slowly, over time, we branched out far and wide, The Beatles, The Rolling Stones, some harder stuff.  Chris was more extreme; he liked some heavier bands, but he  also liked boy bands.  I remember him having N’Sync CDs, and he’d be all ‘yeah man, this is really good!’ and I’d be like, ‘no, I don’t think it’s really good.”

Eo8:  New album out this last July; were you pleased with its reception?

CM:  Yeah, absolutely.  It was a hard one to make but it was fun.

Eo8:  I have to tell you, SUPERMEGAFANTASTIC was one my favorites when it came out, I used to run to that album and work out to it, it was awesome.  Especially “Oeo,” that was my favorite song.

CM:  “Oeo” is your favorite? Aright! Well, I haven’t tried running to it.  I never really thought about it as a workout kind of album!

Eo8:  Wasa Tusa, the new record, sounds less “aggressive” to me; stylistically, it sounds more tender in a way, does that make any sense at all?

CM:  Yeah, absolutely.  It’s more melancholy.  What happened really was the songs on the first album were 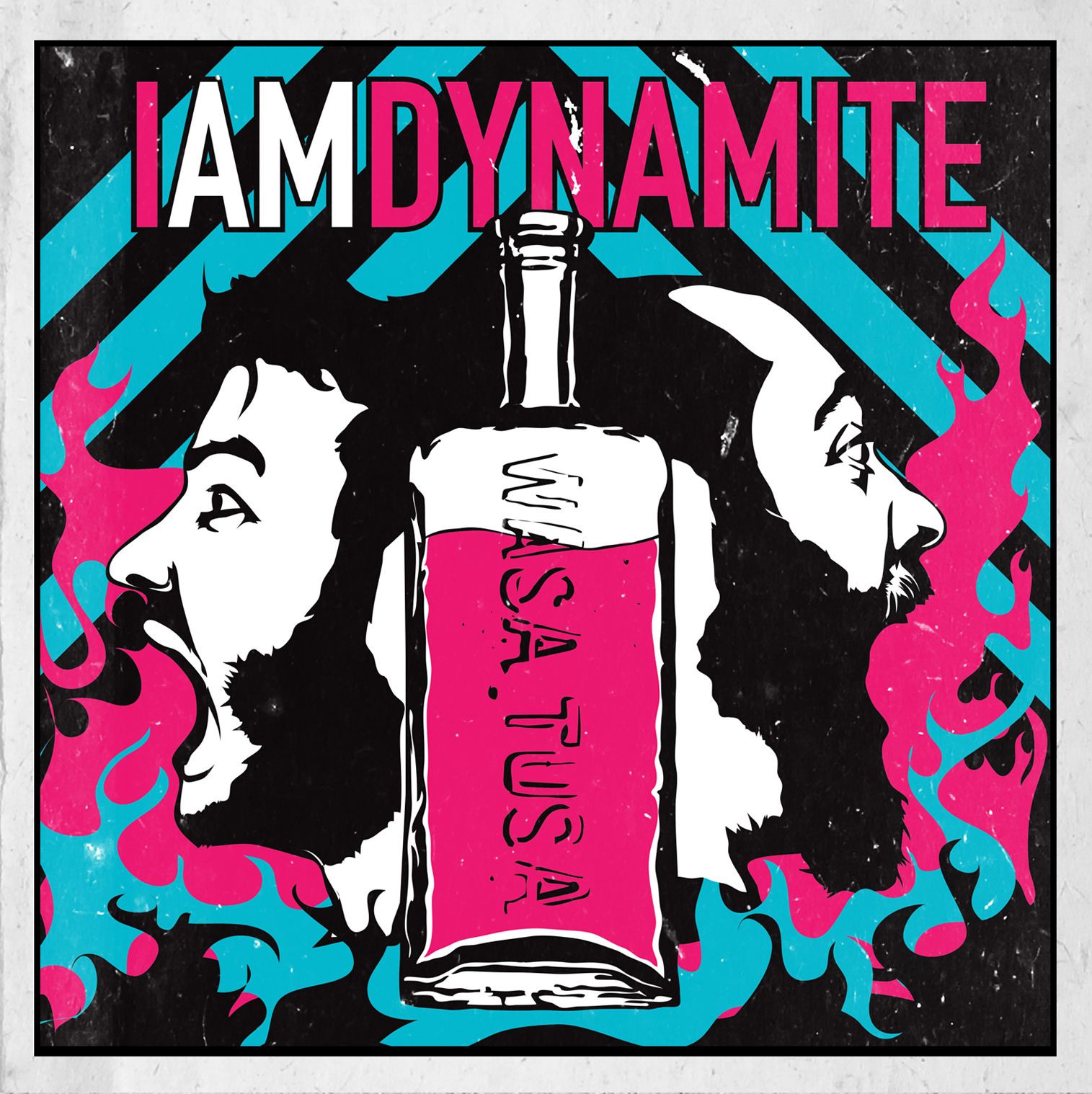 designed to win over the crowds in bars.  The small clubs we were playing, most of the bands that played weren’t very good, people tried to make their songs really elaborate and no one really cared, people just wanted to hear what they knew.  We felt like we weren’t going to blow people away with amazing singing, so we tried to make catchy, direct songs that worked in that environment, to win people over the best we could.  With the new album we thought instead of trying to win a battle in a bar, we wanted to make a record that we loved recording. We love that kind of music, you know, like when you’re driving around and the sun’s going down and it makes you start reminiscing.  That really permeated into this album.

Eo8:  Even though Wasa Tusa sounds a lot different, I can still hear a tinge of SUPERMEGAFANTASTIC in songs like “Liz.”

CM:  In either environment, we like strong melodies, we don’t just see the melody as something to fill the gaps in between the cool choruses.  If there is a common thread, it’s that we want to keep the melodies strong all the time.

Eo8:  You’re a duo, what’s the dynamic like between you two?

CM:  I think having a duo is nice because now, you know, we have a sound guy and a tour manager, and all that stuff, but for the longest time it was just the two of us.  Being in a duo is nice because it’s hard to be shitty to each other, because there’s only two of you.  If you’re not nice to the other person, then you’re both going to be miserable.  There are no factions, there’s no teaming up to pick on one guy, you can’t alienate each other because there’s only two of you.  It’s easier to collaborate with only two people too.  We’re pretty different, but where we overlap, we have similar sense of humor and like to goof around.  We both want make impactful songs and have impactful performances.

Eo8:  Is there anything else we need to know about you?

CM: Phillips is an amazing juggler and he likes to make collages, and I’m a stunt pilot.  None of that’s true.