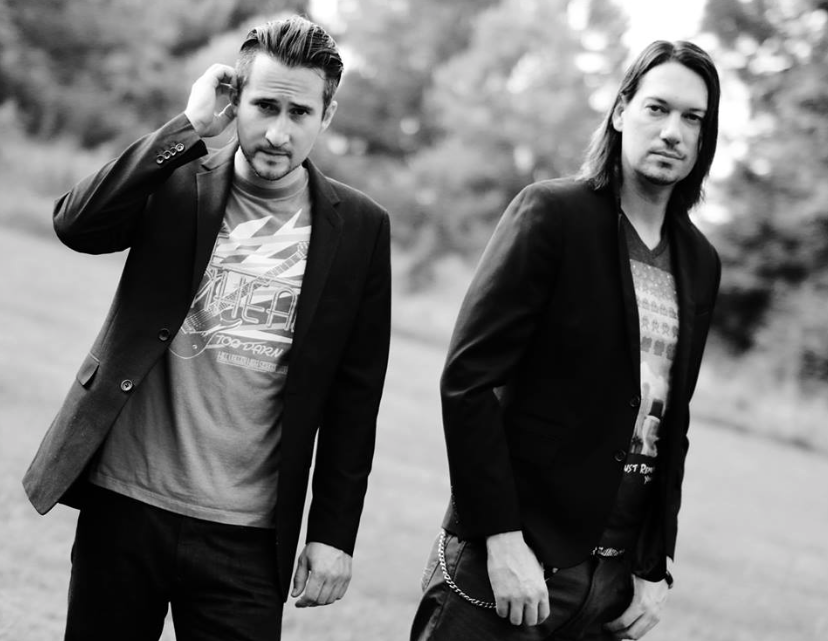 Writer/vocalist Adam McCants and producer/multi-instrumentalist Stacy Hogan, also known as Nashville-based synth-pop duo Midnight Mantics, are unleashing their debut LP Mixtape Vol. 1, an undeniable nod to the 80s mixed with the ambient vibes of chill wave on Friday, September 4th.  Be prepared–listening to this album will send you “Back To The Future” and 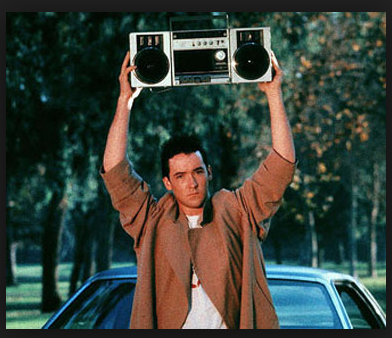 before you realize it, you’ll be standing outside your high school crush’s house holding a boombox over your head.  Some might say it’s “Risky Business” to make an album totally (like, totally) inspired by the decade that brought us cable television, banana clips, and Molly RIngwald, but come on y’all, who doesn’t love the 80s?

McCants and Hogan met in 2004 through a mutual friend in the local music scene after McCants saw Hogan’s band play at show.  They began writing music of all genres together for fun, for commercials, and for other’s musical projects, all the while bonding over their mutual love of the 80s: “I have arcade games at my house; I didn’t how much Adam was a fan until he was like ‘Lethal Enforcers! Oh my gosh!’ We just connected on so much of the childhood stuff that we shared with each other.  We kept talking about movies, especially our mutual love for John Hughes movies.  That’s really where it came from; we said ‘what if we made a song or an album that sounded like it was part of a long lost John Hughes movie?’ says Hogan, adding, “There’s an 80s movement right now, but it’s like ‘let’s be hip and new and alternative and gritty with it,’ and we were just like, ‘let’s go in the opposite direction and just be as true to that sound as possible.’  it just kind of happened; twelve songs later we said ‘we think this is working.'”

Inspiration struck and the pair wrote sixteen songs in seven sessions; “We kept joking that our debut was going to be a box set.” says Hogan, with McCants adding,”It was magical, we agreed on everything, how it should sound, what the vibe should be, the production, everything.”  The pair agree that the quintessential Midnight Mantics sound is housed in the song ‘Mixtape’: “It has the guitars, it has the synth, it has the vibes, it has the emotion, the huge exploding chorus, the references–it literally embodies what we were going for.  We referenced titles of 80s songs that influenced us; the song is about a mixtape, and in the bridge we talk about the songs that may be on that mixtape, with lyrics like ‘From manic Monday to Friday I’m in love/It’s those hungry eyes and your invisible touch.'”explains McCants.

Hogan and McCants made this record because they wanted to make it, without expectations, and have been encouraged by its reception.  “Everything that’s happened so far, and the response we’ve gotten to the music has been amazing.  Coming from all the different genres we’ve been a part of in our lives, from metal to gritty hard rock, we didn’t know if this would resonate with anybody.  We were doing it strictly for us,” recalls Hogan, adding, “I was at a metal show the other night and people were coming up to me saying “oh my gosh, I just love this 80s project you’re doing.’ I guess everyone still has a soft spot for Tears For Fears and Peter Gabriel.”

“There’s a hopeful mentality that comes from making music.  It happens when you’re doing it because you want to do it, not because someone told you to do it, and it comes from a really pure place, like when we realized  ‘we love the 80s and we’re pals and you can play and I can play, well that could be really cool,’ says McCants.  “It’s just so pure, when you listen to it there’s a lot of innocence in it.  The 80s had that, but they also had the raucous party crazy side.  We tried to do a good hybrid of that.”

One thought on “AN EXCLUSIVE INTERVIEW with MIDNIGHT MANTICS”