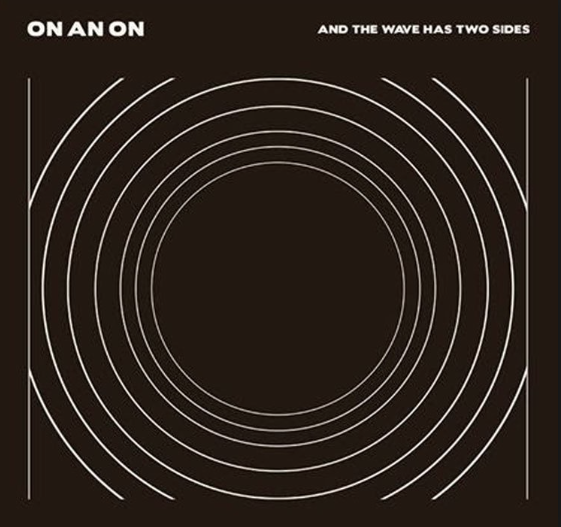 Minneapolis-based indie dream pop trio ON AN ON released their second full-length album, And The Wave Has Two Sides, today via Roll Call Records.  The song “The Hunter” from the band’s 2013 debut album Give In hooked me with its synth-y vocoder-y goodness, and I’ve been a fan ever since.  Needless to say, I was a tad excited when I found out they had new music on the horizon.  With excitement also comes nervous anticipation…wondering things like “will it have the same effect on me as the last record?” or “did they change their sound at all?”  When it comes to this new ON AN ON album, the answer is yes.  To both.

And The Wave Has Two Sides begins with the hauntingly dreamy meditation “Behind The Gun,” then moves into “Icon Love” with its slinky bassline and steady groove, and just when I was starting to miss the vocoder, it popped up in the third track “Alright Alright.”  “It’s Not Over” has become one of my favorite songs this summer (it also has a pretty awesome video you should definitely watch); as Nate Eiesland sings “I’m dying/to get you on the dancefloor/to tell you it’s not over/to tell you it’s not over,” all I can think is “don’t you worry, Nate, I’m on my way.”  SWOON.

“Drifting,” the first single released from the album, is a powerful exploration of loss; heart-wrenching from the very beginning, the music trips and dances delicately with and around Eiesland’s voice as he sings “I had a dream/that when I woke up you were finally there/And I believed all the hours turned to minutes/It’s not fair/When I turned to look at where you should’ve been I started drifting/I tried to stare into your eyes and realized that there was something missing.”

While And The Wave Has Two Sides doesn’t sound as echo-y and synth-heavy as Give In, the synth is still present, but there’s a more defined and clearer sound to this album.  Great job ON AN ON.  I totally dig it.

(You can stream the And The Wave Has Two Sides here, or order it here!)