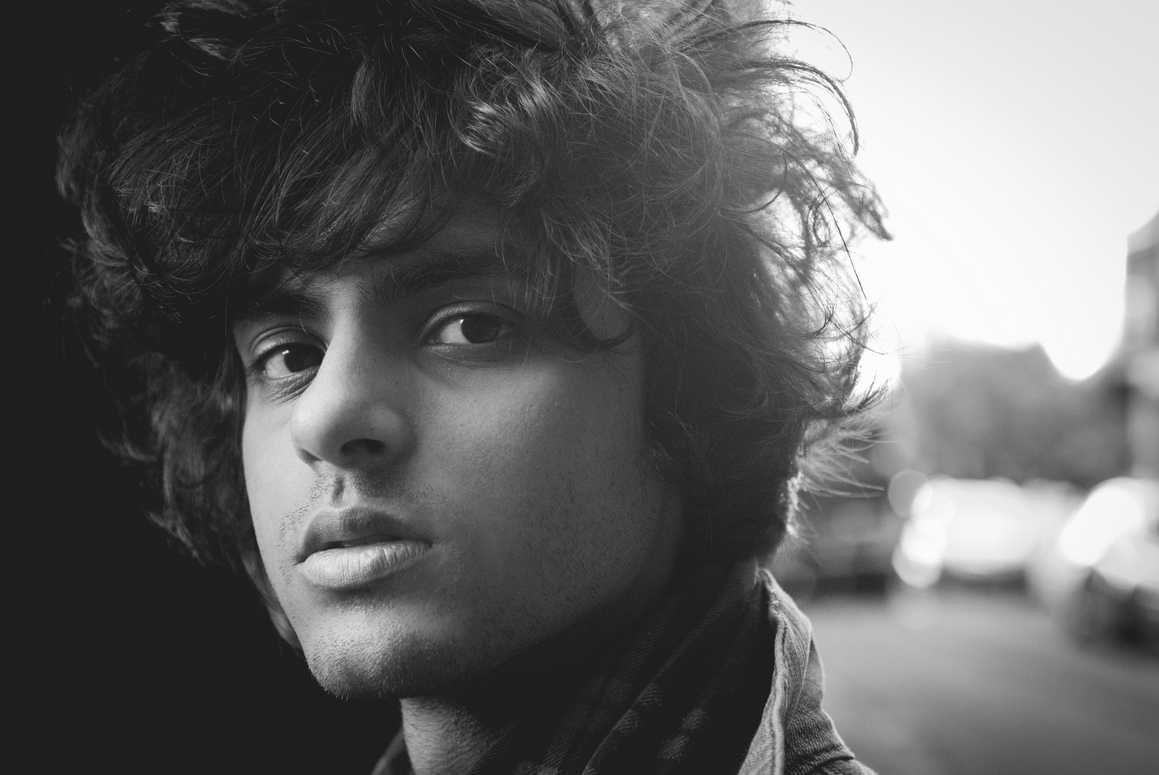 I saw a Youtube video not too long ago of this young’un (as we say in the South) playing blues guitar like he was the king of the Mississippi Delta.  I thought to myself, “Dang Susan, this dude has some serious Prince-like swagger,” and I resolved to find out more about him (after I picked my jaw up off of the floor, of course).  The young’un is Melbourne Australia’s Darren Hart, a.k.a. HARTS, a one-man operation who plays all the instruments, writes all the songs, and even records and produces everything single-handedly.  Oh yeah, and he’s collaborated with Prince.  Check him out, y’all!

Eo8:  Give us the brief history of your life….and go!

DH:  I was born in Madras (Chennai), India and moved to Melbourne, Australia with my family in the early-mid 90s.  I got into playing music from friends in high school, which led me to discover that I loved playing music.  I learned drums, guitar, keyboard, and bass, and started writing, recording and producing my own music in my bedroom studio soon after that.

Eo8:  You’re a one-man music-making machine; how did you decide to make music using this approach?

DH:  It was a natural progression for me.  As I started learning to play more instruments for fun, I developed an interest into learning how to record those instruments and make songs with them.  It was all for the love and fun of it.  I decided to put some of this music on the internet under the name “Harts” just to see what people thought of it.  From there that really inspired me to take it more seriously and pursue it.

Eo8:  Your music is very 1970s rock-influenced, how did this become your style?

DH:  I love a lot of different styles of music, and have been making music in different genres for a while.  With this EP, I wanted to focus on honing a specific direction, a more blues/rock guitar-oriented direction, which was something that Prince inspired me to do, as well as something audiences really liked and responded to at my live shows.

Eo8:  Speaking of Prince, you had the chance to collaborate with the Purple One at his studio in Minneapolis; can you describe your experience working with him?

DH:  It was a surreal, amazing experience.  He taught me a lot about writing and playing music, and gave me a huge confidence boost in my ability in both those areas.  He also gave me some industry advice that really helped me.  He was very kind.

Eo8:  You released a new EP, Breakthrough, on June 5th; how do you feel your music has progressed since you just released your debut LP last fall?

DH:  This EP is a lot more focussed on a particular sound, a sound that I think is unique to me.  I really strived to create something different on this EP, focusing more on one of my main strengths as a blues/rock guitarist.

Eo8:  You’re on a huge Australian tour at the moment, any chance you’ll be touring in the U.S. soon?

DH:  I want to. I really hope so.  As my music keeps growing and spreading, I hope that opportunities to play in the U.S. pop up!

Eo8:  What’s something you couldn’t live without?

DH:  A little bit of something is better than a whole lot of nothing.