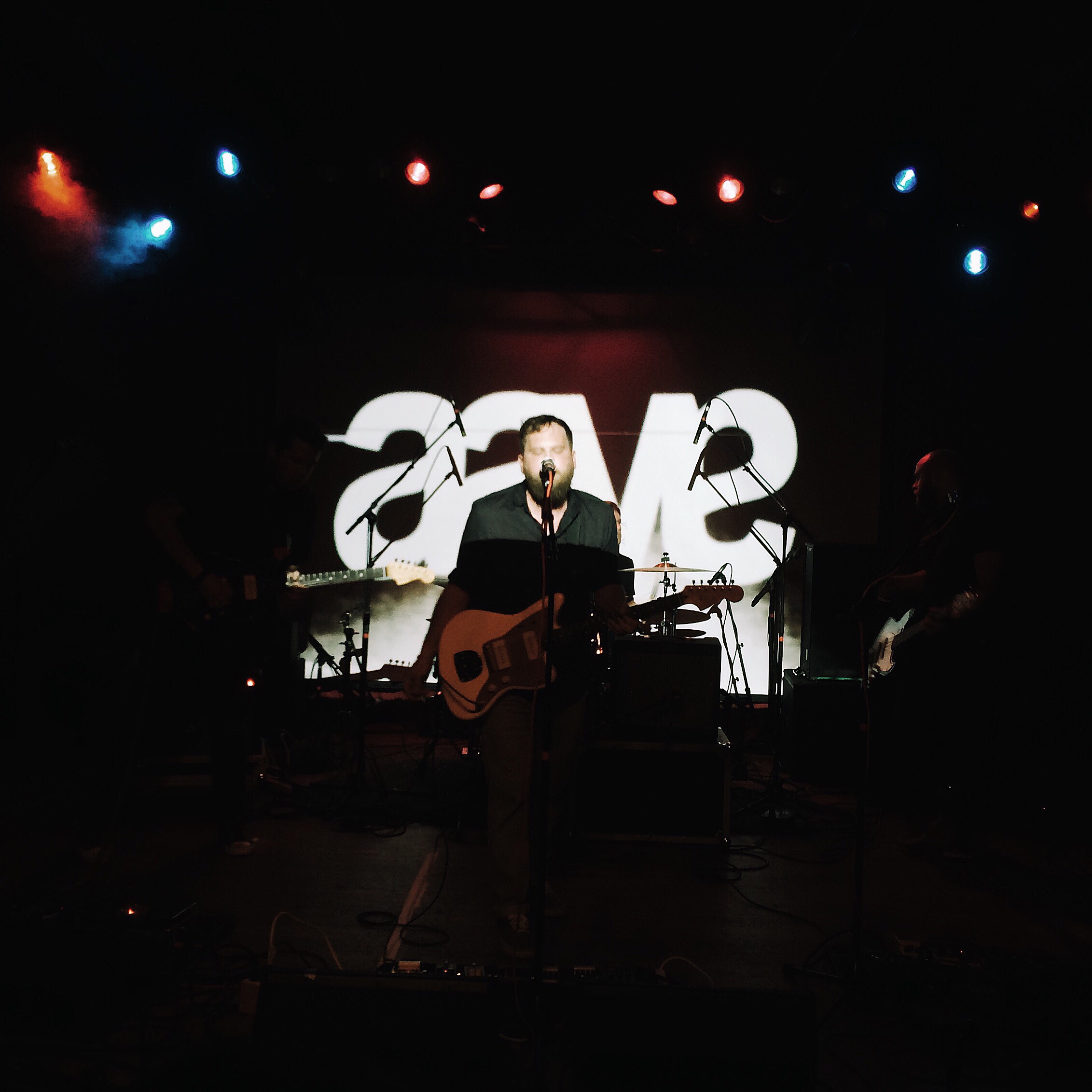 Nashville-based shoegaze-y four piece aave (pronounced ah-vey) performed at the Mercy Lounge not too long ago to give us a sneak peak at the songs from their debut full length album, There’s Nothing, set for release on August 14th on Villain Place Records/Rock Ridge Music, and yours truly was there to experience it.  I use the term “experience,” because that’s what a shoegaze performance is–a blend of music, effects, and visual projections combined in a way to let the listener “vibe out” during the show. The term “shoegaze” was attributed to the heavy use of effects pedals which caused musicians to constantly look at their feet during a performance.  The typical shoegaze sound is characterized by the significant use of ethereal guitar effects, and droning vocals that blend in with the music.
aave employs copious guitar effects and distortion which contribute to a “wall of sound;” the band’s name is projected 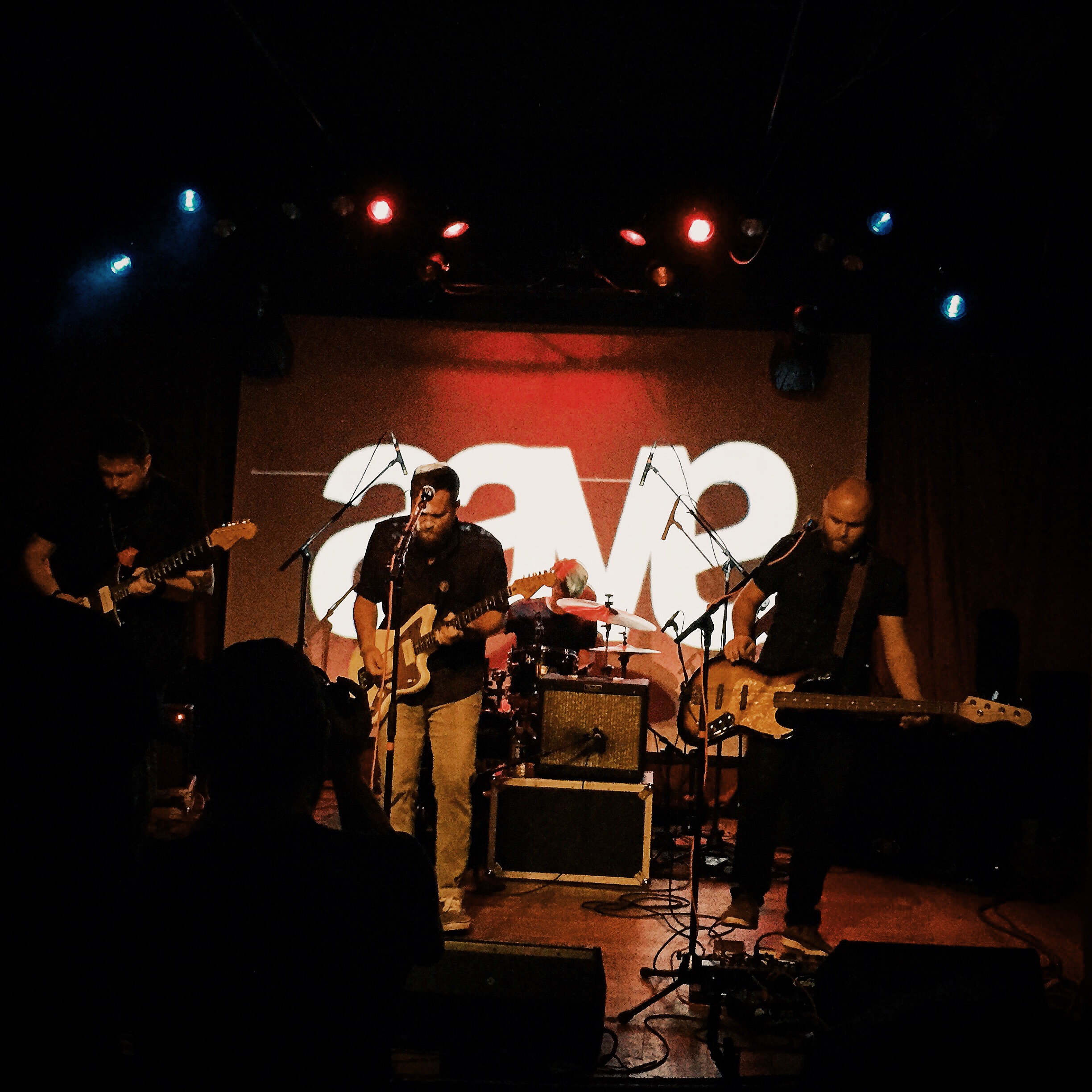 onto the members–the image dances and shines across each member, making them all a part of the scenery.  While lead vocalist Kyle Kelly’s ethereally lonesome tenor is anything but droning, his lyrical phrasing and sustained, lengthened tones blend with the noise of the guitars.
This band is fun to watch; guitarist Lloyd Aur Norman and bassist Parrish, who wears his guitar super low-slung, make use of the space on the stage, contorting and moving as they effortlessly play.  Fuzzy guitars and dirty bass effects abound and their music evokes an emotional response for sure; during their song “Blender,” drummer Peter Teselsky’s machine gun-like rhythmic execution coupled with turbulent, frenzied guitars got me a little worked up, I’ll admit.  The band ended their set with album single “Going Nowhere,” a dreamwave gem with a groovy bassline (I play bass, so I’m always listening for a good bassline).  At times chaotic and edgy, at times celestial and otherworldly, and always passionate–aave is carving out a place in the musical world that’s all their own.