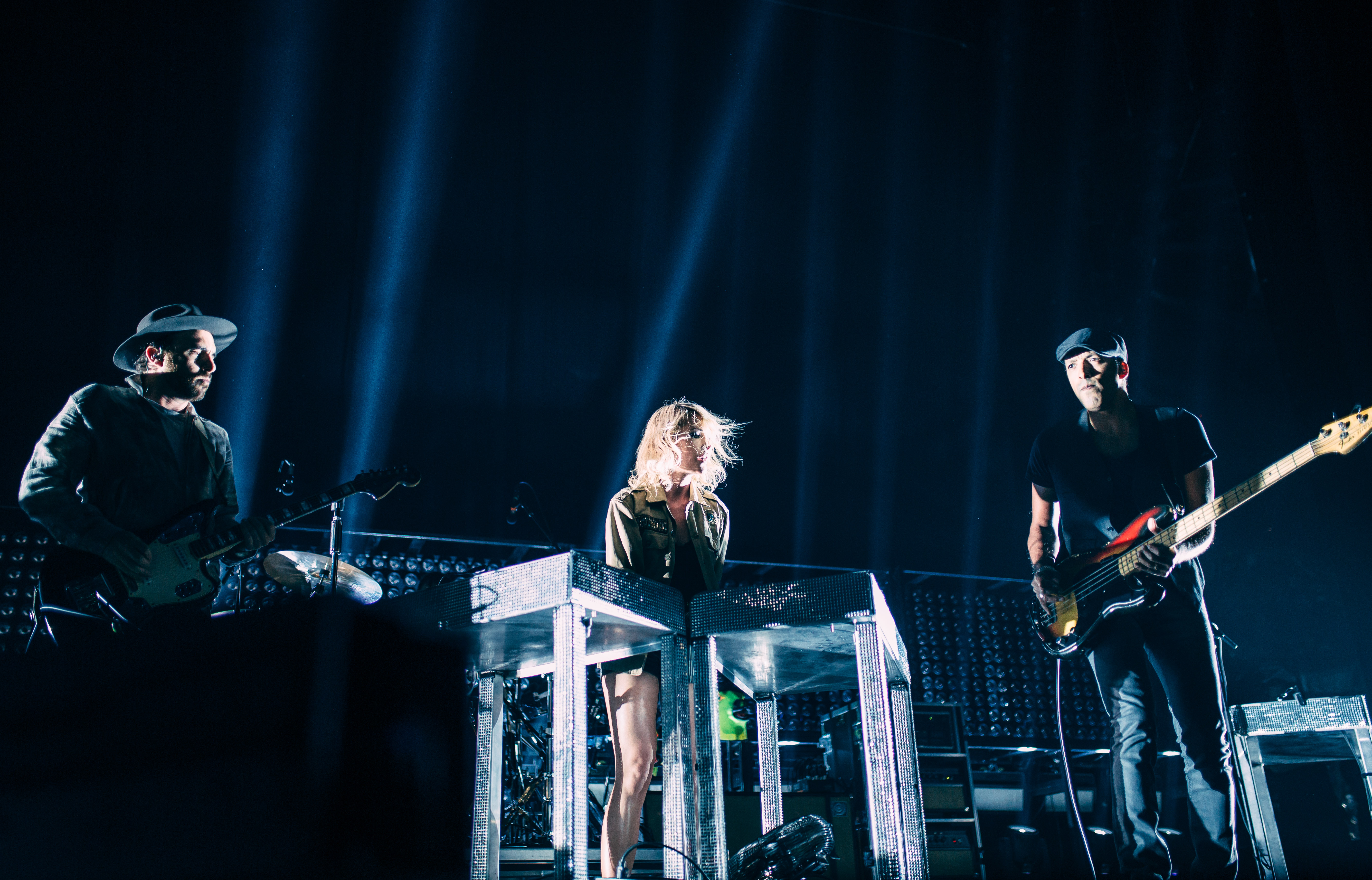 It was a steamy night in the Music City on July 8th, and I was drenched with sweat by the time I found my seat at Bridgestone Arena; I didn’t care though, because Canandian veteran indie-rockers Metric were opening for Imagine Dragons, and yours truly was there to cover the show.  HOLY BUCKETS. 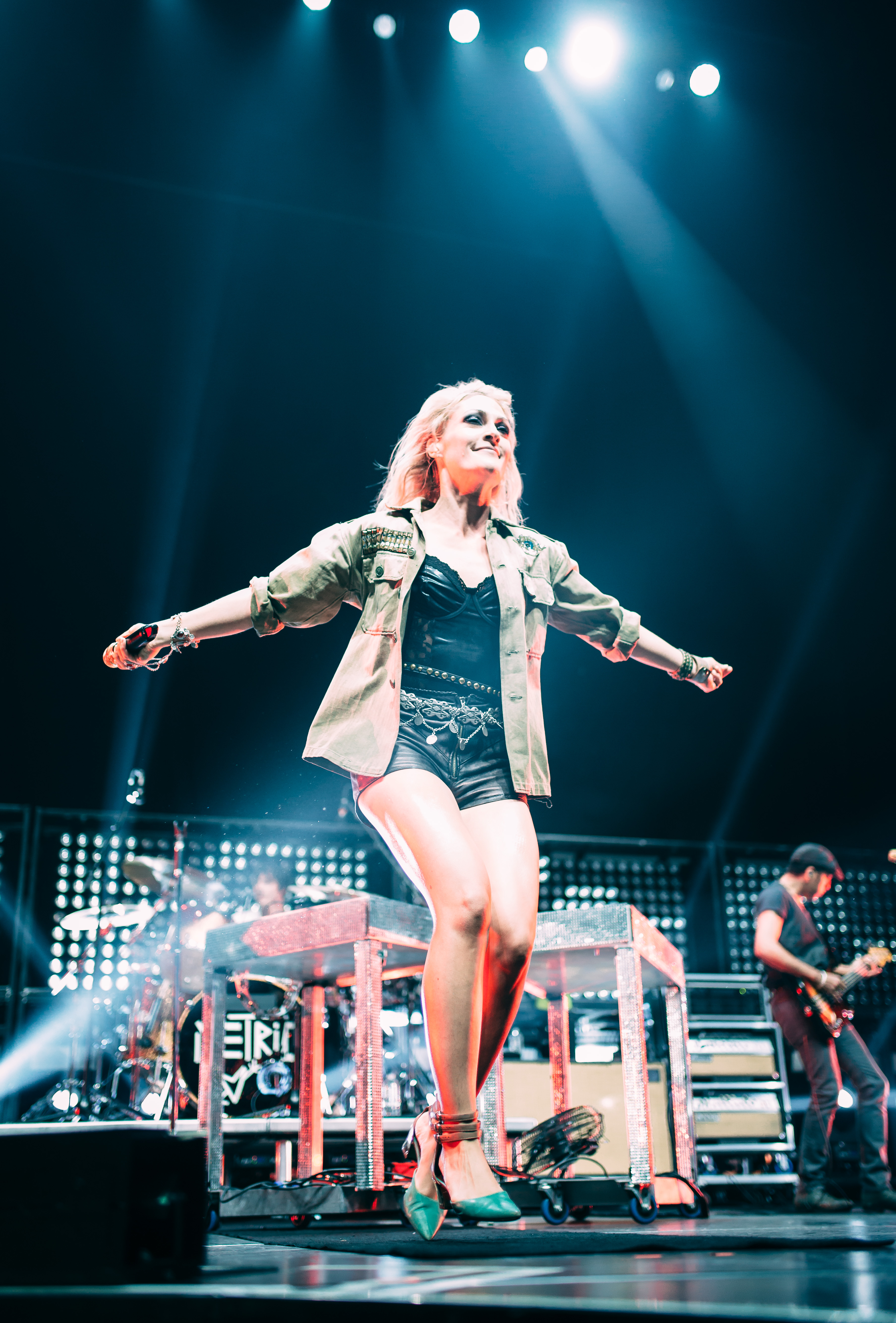 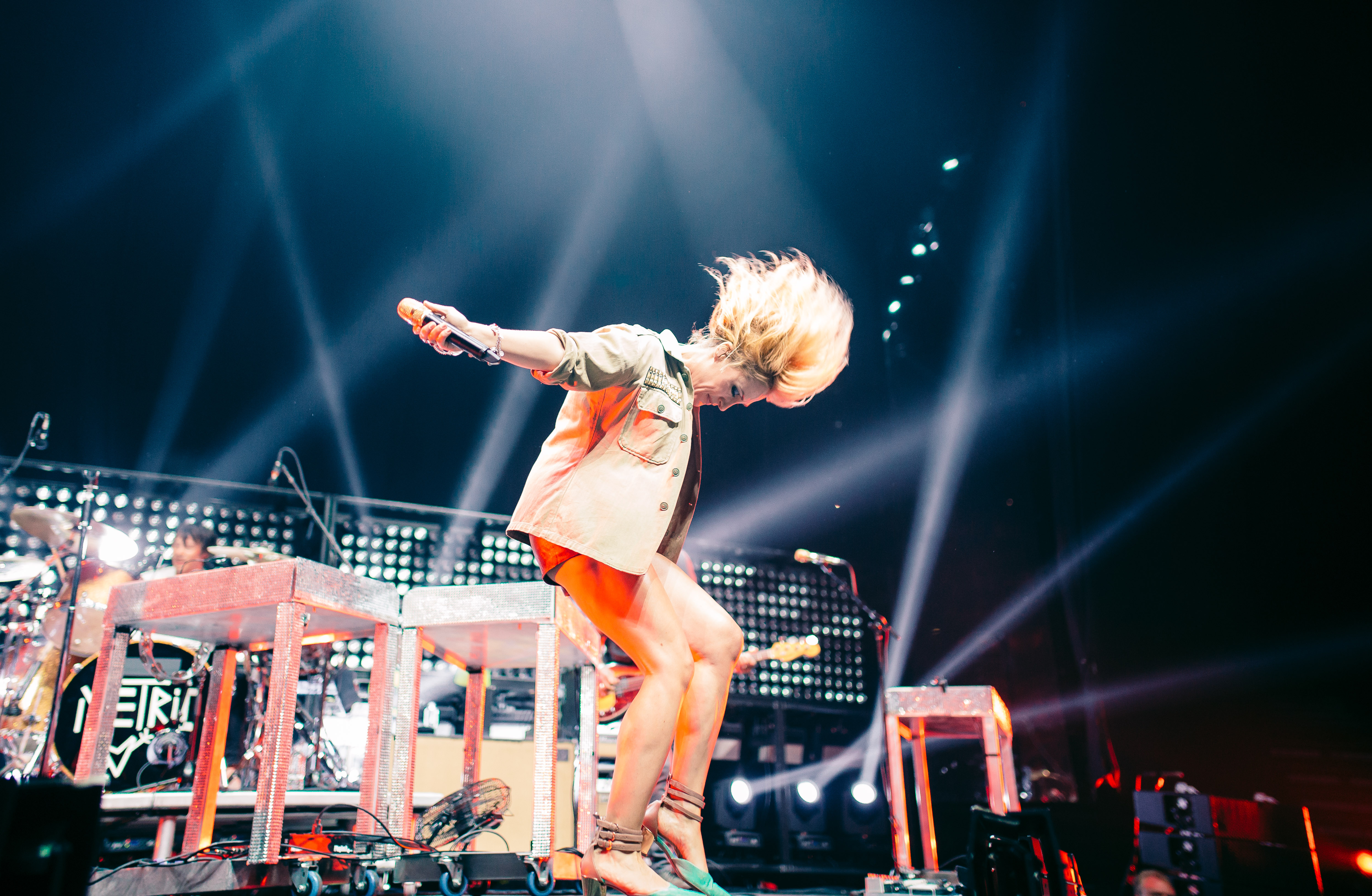 The temperature inside the arena rose when Metric took the stage; I could feel the bass surging through my entire body as the music began.  Frontwoman Emily Haines commanded every inch of the area, dancing across the stage like a cheerleader with boundless energy.  Metric has a new LP, Pagans In Vegas (which I heard was at least partly recorded here in Nashville), set for release in September, but they played all my favorites from their previous releases; they’re gonna eat me alive—Emily’s distinctive voice singing “Help I’m alive/My heart keeps beating like a hammer/Hard to be soft/Tough to be tender” echoed up to the rafters as she finished song on her knees. 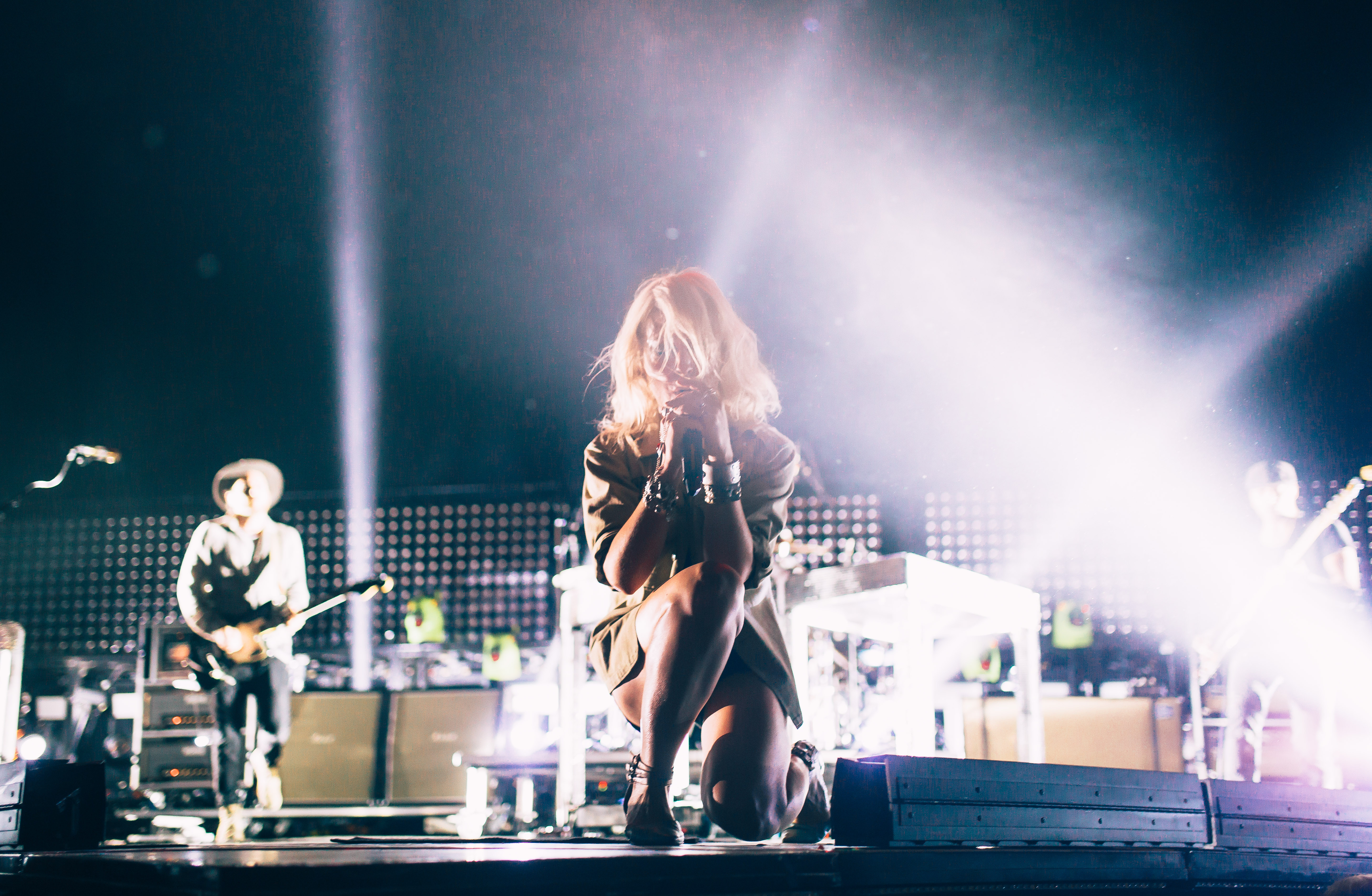 Not only was the music on point, but the visuals were captivating as well; tiny mirrors covered items on the stage, and the frequent use of white lighting made the entire stage shimmer and shine.  During their synth-y new single “Cascades,” the band donned illuminated glasses as Emily appeared wearing a miles-long gossamer cape that floated in the air above her (thanks to a strategically-placed wind machine, but still, it was stunning). 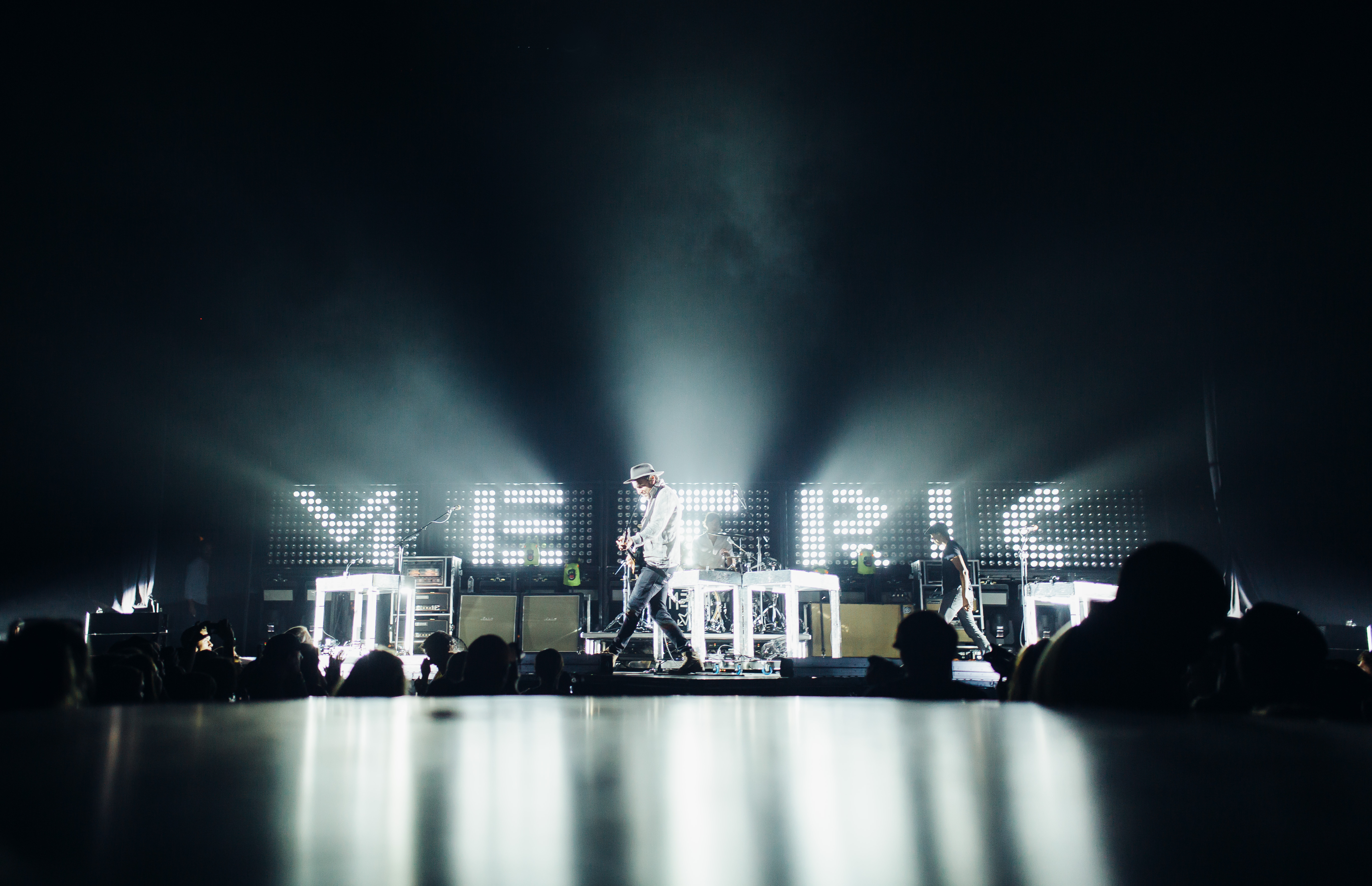 Emily strapped on a guitar for “Gold Guns Girls,” and joined guitarist James Shaw as he melted our faces with a searing solo at the end, standing at the very tip of the triangle-shaped stage.  “Breathing Underwater,” my favorite Metric tune, was utter perfection; at the end of the set, Emily told us that the band was very grateful, that no material thing compares to playing music with her friends, and that it was because of us.  The band brought the house down with the last song of the evening, “The Shade,” the first single from the new album, and one that is quickly becoming a favorite of mine.  I can’t wait for them to come back. 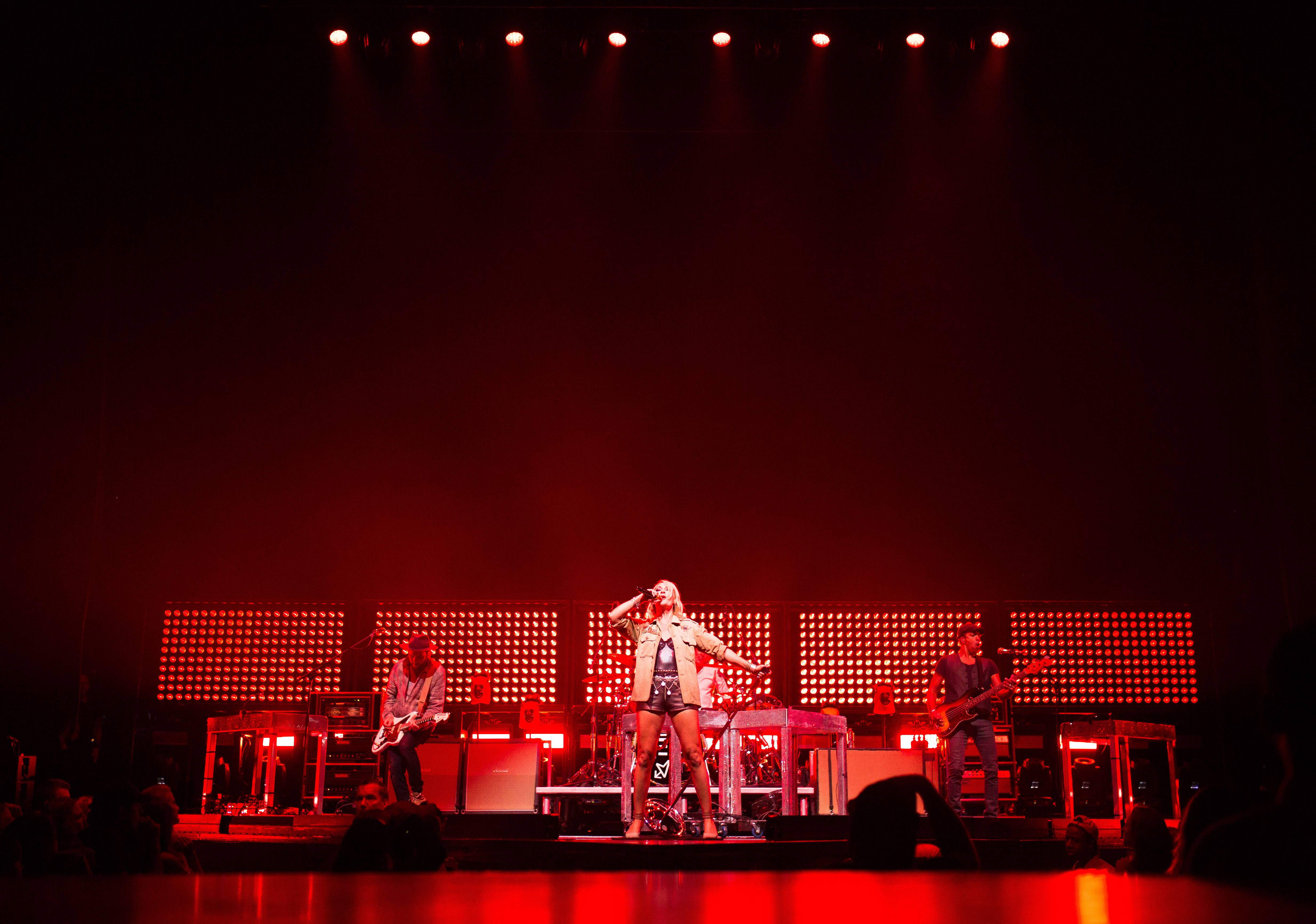 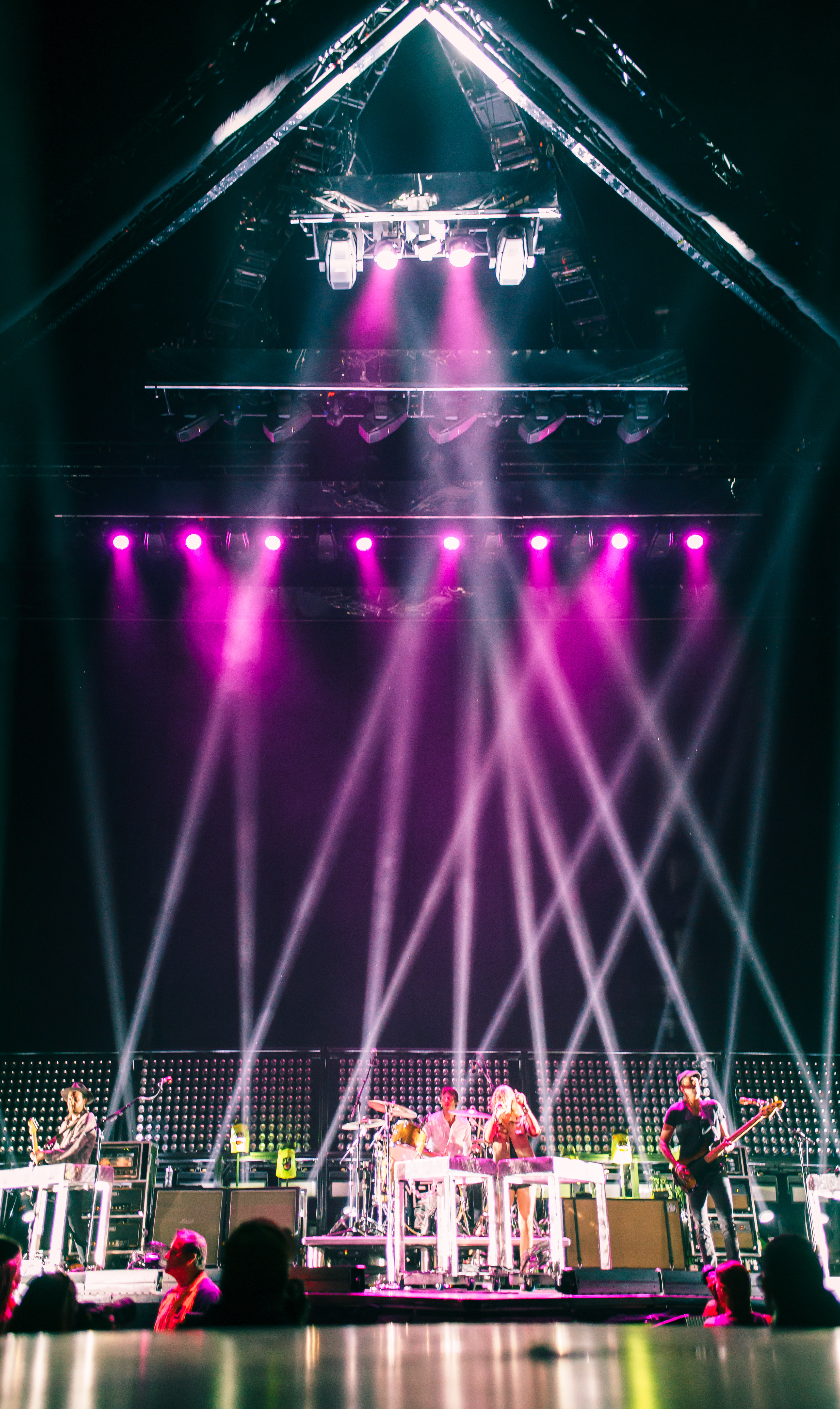 (These incredible photographs were provided by the amazing Nina Lorenz.  You can see her genius on display at ninalorenz.com or on Instagram at @ninaalorenz)