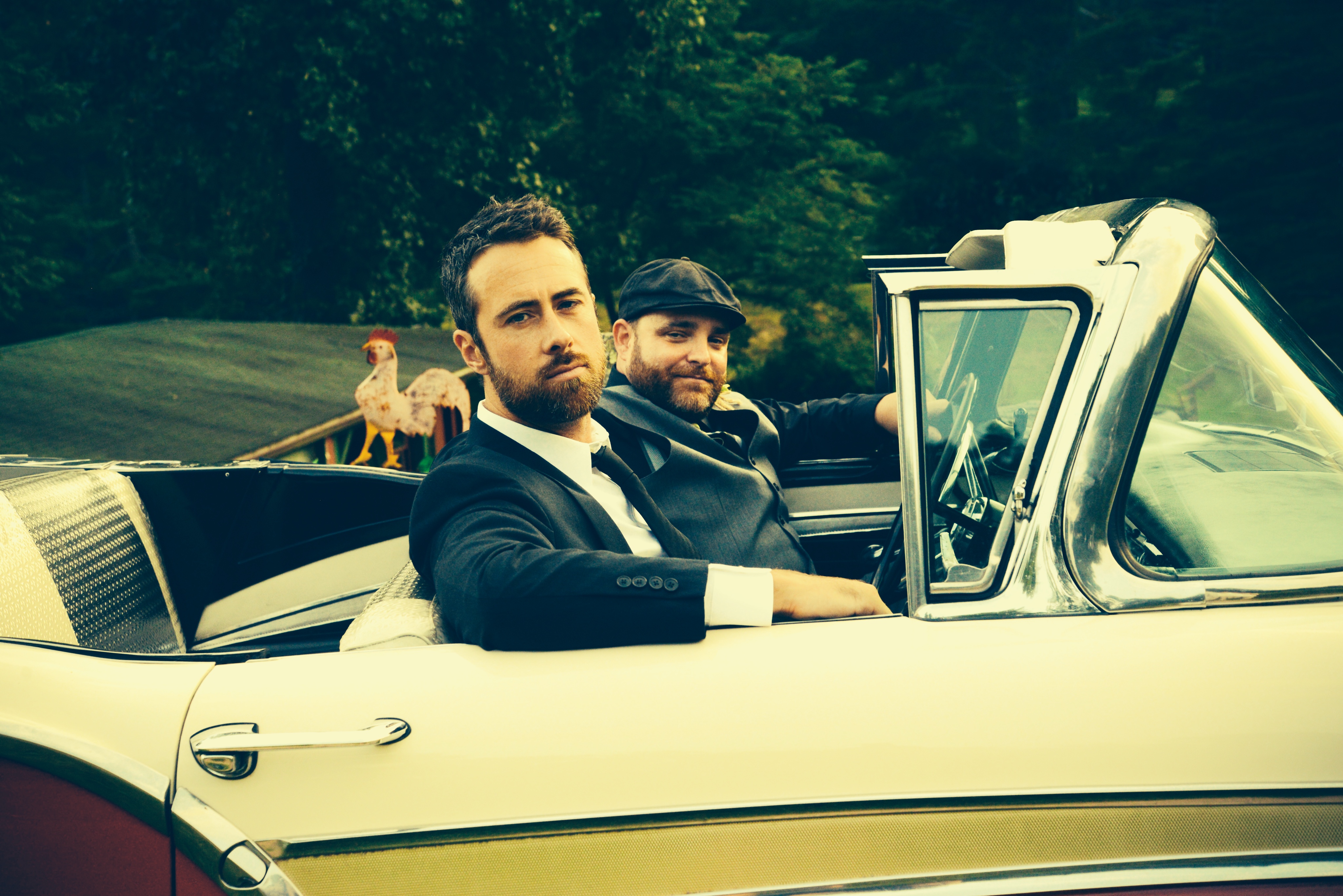 There are some new contenders in town…called…The Contenders (see what I did there?)…and they’ll appearing at The High Watt on June 3rd.  The Contenders are a duo comprised of veteran musicians (singer/songwriter) Jay Nash, and drummer Josh Day (who has toured with/drummed for artists like Sara Bareilles, Jennifer Nettles, and legend John Oates).  I met up with Josh at this fantastic little coffee shop in East Nashville recently, and discovered that we are both native North Carolinians, drum and bugle corps dropouts, and we both love the N.C. State Wolfpack.  I think I might have made a new best friend…

Eo8:  How did you two meet to form The Contenders?

JD:  Jay and I met in Los Angeles; I lived there for about 7 years, it was pretty incredible.  I learned a lot when I was there; I moved from downtown Boone, North Carolina to crack town in Hollywood.  It was literally the biggest culture shock of my life, but it was a great experience. There was a place there called the Hotel Cafe, which was a great community hang; Jay says we met at Room 5, a place where he used to do booking and sound, but I feel like we met at Hotel Cafe.  We became friends, and he eventually asked me to come play drums for him on a few of his show dates.  After we spent time together, he suggested we try to write together.  I’d never written anything.  We wrote and recorded our first EP together in about a week.  It’s been really fun to go down this road and have ownership in something.  We’ve been doing this for a about a year; we just finished a new record and are thinking about trying to release it next year.

Eo8:  Was it scary for you to try to write songs at first?

JD:  The first time it happened, I told Jay “I’m just a country boy from North Carolina, and I don’t have quite the vocabulary…I’m going to be judged by my wording.”  He told me to just write about anything and not worry about getting judged, just write whatever, like stream of consciousness.  It was very scary.  I would write a list of things, and Jay would look at it and suggest we say it a little differently…he’s quite the wordsmith.  I didn’t feel like I was bringing that much to the table, but he made me realize that we were inspiring each other.  We both just want to make real music, tell real stories, just something people can relate to.  In my opinion, there’s been way too much crap music put out there these days, and we’re just not going to do that.  We’re good at balancing each other out.  It’s been difficult at times, learning to work together, because he’s been a solo artist forever, I’ve been a side-man, and we both have strong opinions.  Ultimately, it’s gotten us to a good place.

Eo8:  How do you feel about singing and drumming at the same time?

JD:  I get that question a lot; I try to think of it as putting together pieces of a puzzle.  It takes practice, for sure.  One of my hugest influences is Levon Helm from The Band; that guy sang so well and played pretty simply, not flashy, but it came together perfectly.  The simplicity of what he did was all focused on the feel; if you can make it feel good, it doesn’t matter how fast your thirty-second notes can be.  It’s a nice challenge.

Eo8:  There’s something to be said for duos; I’m continually amazed at the amount of noise that two people together can make, like Royal Blood and Shovels & Rope…thoughts?

JD:  I feel like it’s become trendy to perform as a duo; I was gun shy about doing it at first, but it just makes so much sense logistically and financially.  People have told us that they’re not missing anything sound-wise when we perform.  We focus on harmony; I’m a harmony singer, and I love it.  I also don’t play a normal drum kit, it’s a like a hybrid-drum-percussion thing.  I like the earthy tones of it, it’s the hippy in me coming out.  Jay has the melody and the guitar, and we make a full sound.  There’s also more pressure when it’s only two people, so we try to be overly prepared.  We don’t really get to practice together very often, so any time we have days off and we’re around each other for more time than just playing gigs, we’re practicing, taking advantage of all of our time together.

Eo8:  You’re putting all the music out yourselves right now; have you had label interest?

JD:  There’s been talk, but no one beating down the door at this point.  We’re both very seasoned musicians and we’ve both been touring for a really long time, but this project is very new.  We’ve gotten to piggyback on Jay’s fans, who are fantastic, but our music is a little different than his solo stuff, and not everyone is going to love it.  If it’s the right fit and it makes sense, we’d love to have a team of folks to work with who are passionate about what we’re doing.  The music industry wants people who are going to make a lot of money, and at our level, we’re trying to keep it real.  Having a nice, heartfelt, meaningful machine behind you can be fantastic, but there’s also the possibility of labels railroading you and hindering what you’re trying to do, and sucking the soul out of your music.

Eo8:  How would you classify your style of music?

JD:  I think it depends on who you ask; we consider ourselves rock-americana (“rockicana” maybe?), it’s a conglomeration of our past influences, blues, country, rock, it runs the gamut.  You don’t always have to put a label on it.  You just want to convey a feeling to the audience and move them, make an emotional connection.  We are both inspired by Americana and roots music; that’s where we come from.  For me, my litmus test for the songs we write is “would Levon Helm do that?” Another litmus test…I ask myself what my grandkids would think if they heard my music one day.  I want to leave something worthwhile behind, and make sure I’m proud of everything I’ve done.  This project is definitely something I’m proud of.

Eo8:  What do you love about Nashville?

JD:  I love this town, the drumming community here is in the thousands, and it’s tight-knit.  There’s camaraderie here.  We have drummer brunches and drummer hangs; it’s very encouraging.  We want to encourage each other to work and form relationships.  Nashville’s becoming a little saturated, but there’s still a place for everyone.  There will be a time when Nashville won’t be the hot spot anymore, but for now I’m along for the ride.  We’re all happy music nerds trying to make a living; everyone’s had help at some point getting to where they are, and people really want to help each other.  It’s really cool.

JD:  We are.  We did SXSW this year.  We actually have a show in Nashville on June 3rd at The High Watt.  We had a good crowd at the last show we had there, we love it.  The sound is great there.  We might get some of our local friends to come play with us for the hometown show.  Right now, we’re doing short runs about once a month, places like Nashville, Atlanta, and Charlotte.  We got lucky enough to get asked to play Americana Fest here in September, and we’re going to Europe.  We’ve got good stuff coming up. 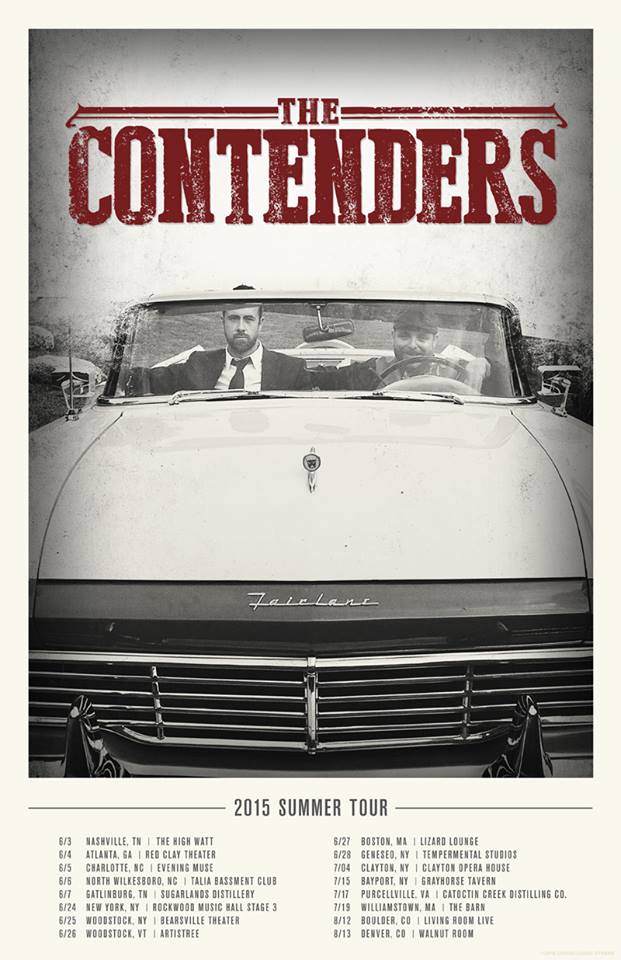