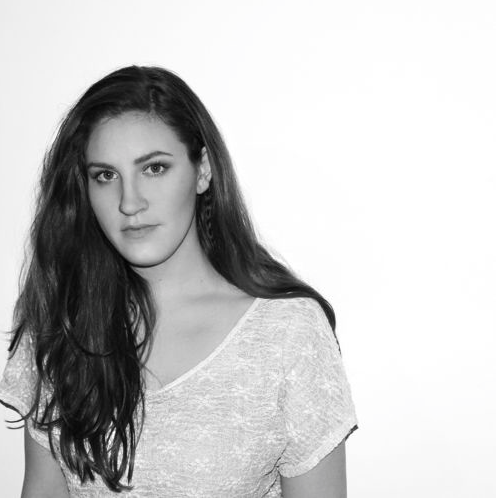 Once upon a time, pop musicians flocked to New York and Los Angeles to find follow their musical dreams.  Not anymore, y’all.  Nashville’s pop community is on the rise; names like KiND, Young Brother, EZA, Ruelle, and REMMI will soon be on your radar.  I had the pleasure of meeting up with REMMI for Crema coffee and a chat recently at local hangout Pinewood Social.

REMMI, a.k.a. Rachel Smith, packed up herself and her guitar and moved to Nashville from Orlando, Florida a couple of years ago; the aspiring writer of sentimental songs had set out to land a writing/publishing gig.  She created an EP of songs to shop around town, and caught the ear of one publisher who fell in love with a song in her cache that had an electronic vibe. “More of this, please,” the publisher said, and Smith got back to work.  In the process, she overcame a bad case of writer’s block, switched up her sound, and found a new inspirational high in electronic music.

Admittedly, Nashville can be a tough crowd.  I asked Smith about her thoughts on the Nashville pop/electro-pop community: “It’s small but it’s growing; pop artists are still a novelty here.  There are people here making really good pop songs, and it’s a challenge to stand out, but as the scene grows, collaboration and healthy competition can only make us grow and improve,” she said.  Some  are of the opinion that electronic music isn’t “real” music.  I mean, to make an electronic song you just push a button on a synthesizer and a great song just magically comes out, right?  Wrong.  So, so wrong.  “Art is about being inspired; if the art inspires others and makes them want to explore the world and be better people, it’s ridiculous to say it’s not as good as something else.  Making electronic music is an intricate process that is labor-intensive.  Anyone who throws shade on electronic music clearly has never tried to make it,” she said.

Smith is off to good start; her song “Capable” has appeared on the latest installment of Nashville Indie Spotlight, her 6-song self-titled EP is coming out later this summer, and she has just released a brand new video for her emotively dark and groovy single “Star Spangled.”  What else would she like to do? “I want to get all the pop and electro-pop artists in Nashville together to play in a venue and host a huge party where people can just dance,” she says.  Sign me up, y’all.

2 thoughts on “AN EXCLUSIVE INTERVIEW WITH REMMI”