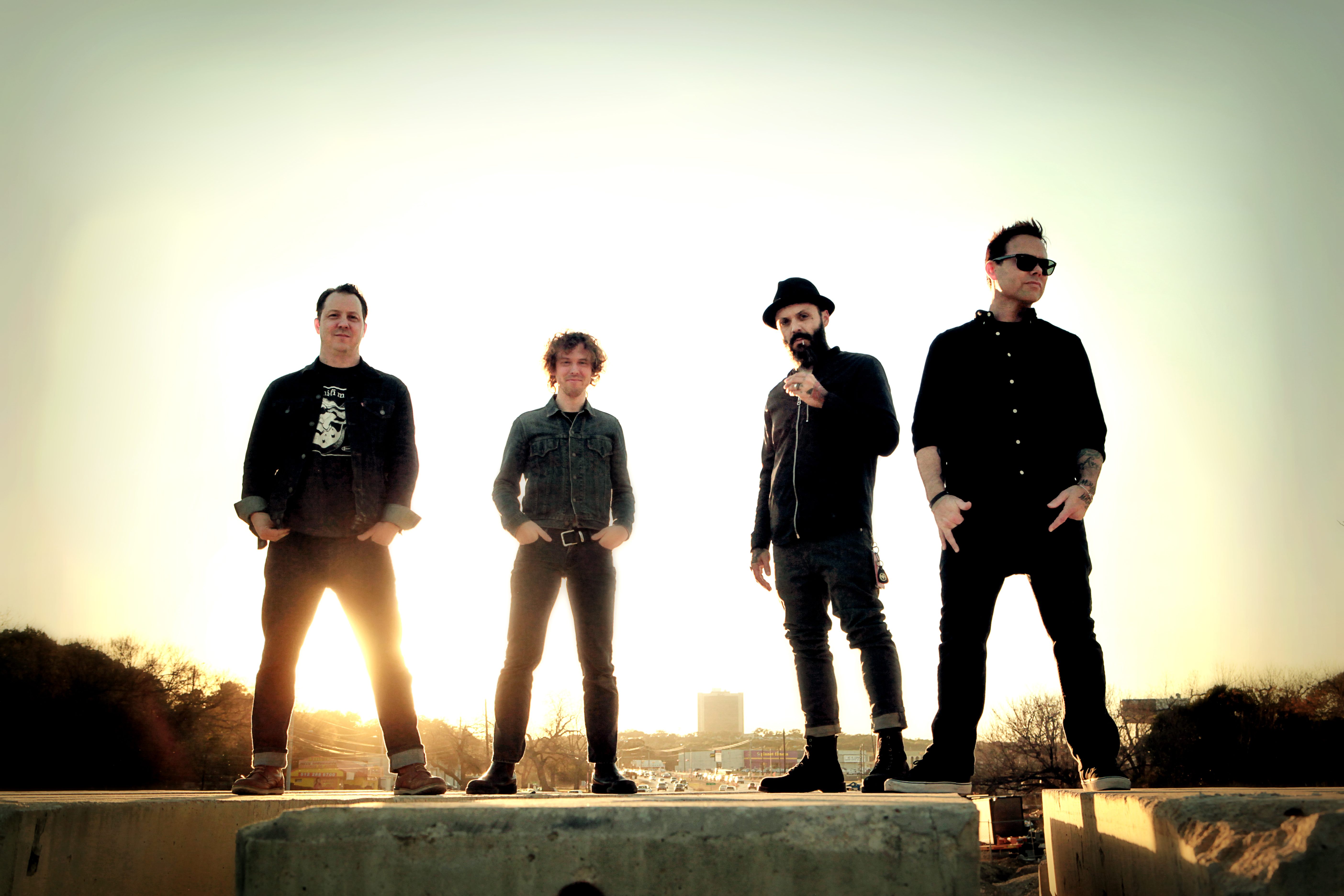 Supergroup Harvard of South, comprised of members of veteran rock outfits Blue October and Longwave, were making making their way to the Music City today when I spoke with them about their upcoming show at Exit/In on May 13th; due to tour bus troubles and curiosity, they decided to make a pit stop in Pigeon Forge, Tennessee, home of Dollywood, outlet shopping, and the ubiquitous airbrushed t-shirt.  “Our tour manager thought it would be a nice place to have a day off,” said Jeremy Furstenfeld, drummer for Blue October and Harvard of the South, “but when we got here today, we realized there were just a lot of senior citizens and a lot of very small children.”  No worries though, Wednesday is only a day away, and Harvard of the South will be in Nashville owning the stage at Exit/In before we know it.

According to Jeremy, Blue October had been “fanboys” of Longwave for years, wanting nothing more than to tour together for quite some time, to which Longwave and Harvard of the South vocalist Steve Schiltz commented “Man! I only wish I had known!”  Eventually, the two groups met and became instant friends right off the bat.

Shortly thereafter, Jeremy and Steve decided to try their hand at making music together; Steve made his way to Texas and he and Jeremy set up camp in Jeremy’s living room for a week to write and record, with the intention of having some serious fun.  Both men had been in their respective bands for so many years, which made it a bit of a challenge to set aside their band-centric musical habits and styles.  Jeremy and Steve said that they were nervous at first, being out of their comfort zones and challenging themselves to do something different, but they decided to just dive right in, and the music started flowing.  “It was so refreshing,” recalls Jeremy, “we ended up finishing everything we started, and made the most of our time together.”

Jeremy played the recorded demos for Blue October bassist Matt Noveskey, who asked if they needed a bass player; from that point on, they just started collecting players over a period of a couple of years, culminating in the current Harvard of the South lineup.  It wasn’t a quick process, however, as life, having kids, and tours happened, making coordinating everyone’s schedules a challenge.  The last couple of years of work has finally culminated in their first EP, Miracle, self-released last month, and a tour, both of which have been well-received.  The band has an unnamed LP coming; “It’s finished and ready to go, we’re just looking for an outlet to release it,” said Steve.

On this first tour, which is winding to a close, Harvard of the South has been opening support for Blue October.  I asked Jeremy about his experience of playing in the opening band and the headlining band: “It was definitely a challenge at first, but now it’s awesome.  We’re already warmed up and ready to go when Blue October goes on.  It makes being on tour go by quicker and being away from family a little easier.”

While three of the four members of Harvard of the South are also members of Blue October (Jeremy, Matt, and Justin Furstenfeld), Harvard of the South is definitely its own entity with its own sound and style.  What’s next for this group?  Releasing their first LP, then sitting back and taking stock of what they’ve created together.  Hopefully, they’ll be doing so in their new airbrushed t-shirts from Dollywood.

Be sure to see Harvard of the South and Blue October at Exit/In on Wednesday, May 13th, or catch their show when they come to your neck of the woods.