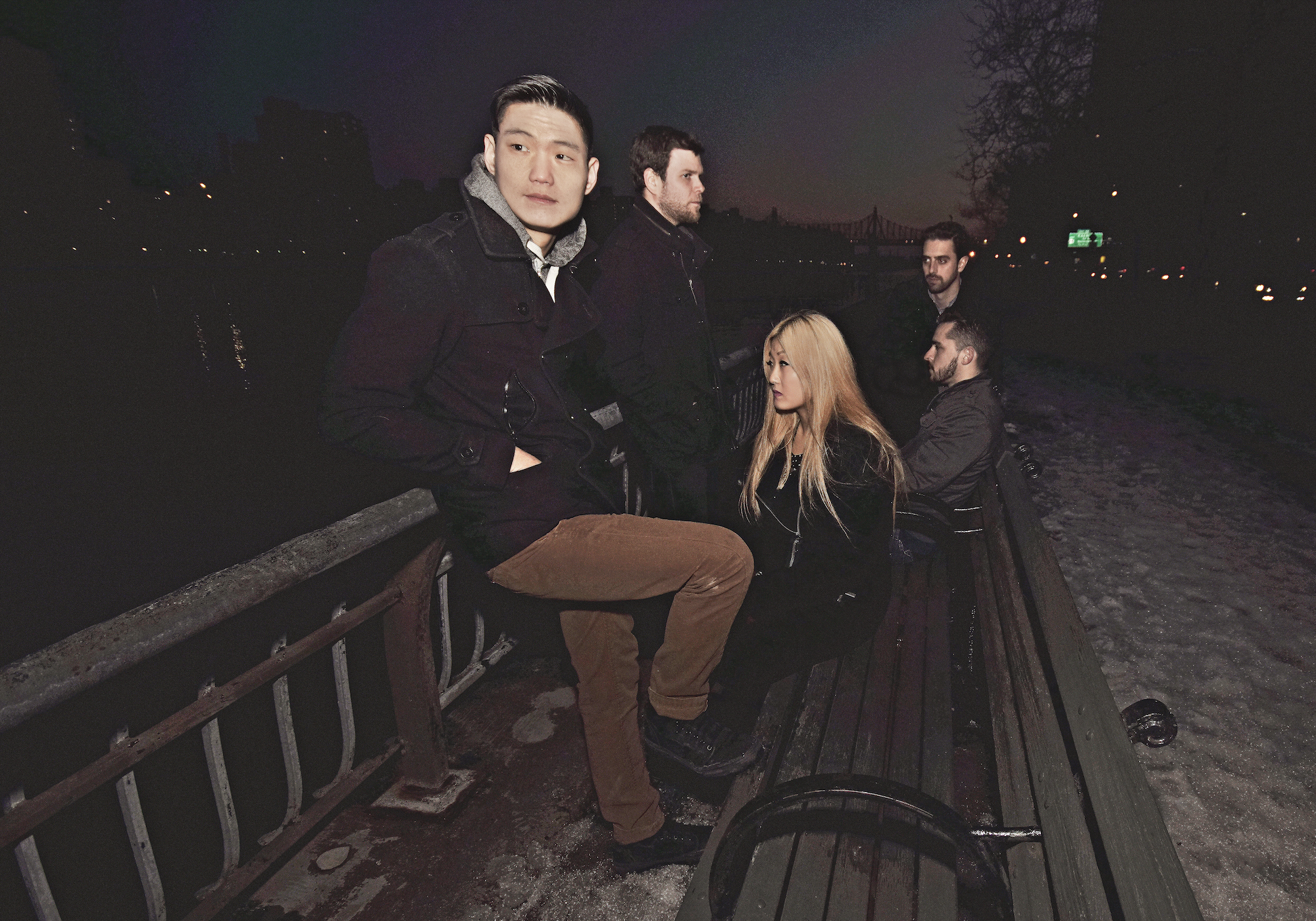 New Jersey-based alternative band OWEL is set to release their new EP, entitled Every Good Boy,  on April 28th via intheclouds Records.  The first single form the EP, “Every Good Boy Does Fine,” drew me in with its symphonic riffs and 60s throwback sound; I headed to their Soundcloud page to hear more, and found a treasure trove of soaring Sigur Ros-meets-Postal Service-sounding tunes (and also a personal treat for me, a gorgeously delicate cover of Mazzy Star’s “Fade Into You,” a song I used to absolutely adore as an angsty youngster).  I really haven’t heard many other bands making music like this at the moment, and my intrigue, as usual, got the best of me.  I had the pleasure of chatting with lead vocalist Jay Sakong about what the band has been doing recently:

Eo8:  What is your musical background?

JS:  When I was younger i played piano and hated it, my parents made me do it, I think most Asian kids probably go through that.  Then I switched to drums, which I loved because it was my choice.  Then I moved on to guitar, and eventually went back to piano.  Now I’m fiddling with cello, but doing it badly.

Eo8:  What made you decide to pursue music?

JS:  That decision was made so long ago, it’s hard to pinpoint exactly when it happened.  As far as I can remember, I’ve had my mind set on it.  Even at a super early age, when I should have been worried about bubbles and dinosaurs, I just always knew this was what I wanted to do.

Eo8:  Do you remember the first show you played as OWEL?

JS:  It was like a death metal basement show that was going on in two different rooms separated by a thin wall.  Every band there was sort of loud and thrash-y, but when we played, obviously we weren’t like that; it was an interesting first show.

Eo8:  What are some hurdles you’ve had to overcome as a band so far?

JS:  Distance is a bit of an issue; our guitarist lives in South Jersey, our violinist lives in Brooklyn, and the rest of us are scattered in between those two places.  It’s a pain but we’re used to it at this point.  Also, this is breaking news, last week, my car got stolen, and inside my car was all of my gear, about $7,000.00 worth of gear.  I was literally devastated.  The next day I went to every pawn shop in the area, and literally, the last shop that I went to had my stuff; whoever stole my stuff sold all of it for $160.00.  My car was found yesterday, and you know what’s funny is, when I went to the impound lot to get it, it was cleaner than when I left it.

Eo8:  What does every band member individually bring to the table?

JS:  Nunzio, Ryan, and I all went to high school together.  I met Seamus on the train; we were taking the same course for audio engineering after high school, and we would have these long conversations about music.  I asked him to join the band before  I ever heard him play, but I liked him so much, and musically we had the same ideas.  Jane I’d known since we were little kids, we went to the same Korean Catholic church.

Eo8:  You’re about to release your brand new EP, Every Good Boy, on April 28th.  How are planning to celebrate the release?

JS:  We actually have a show at the Lincoln Center on April 30th; it’s going to be unusual in that it will be much longer than the other shows we’ve played before, and also, we’re the only band playing.

Eo8:  What is your goal for your music?

JS:  Just putting it out there feels really good, you know?  At the end of the day, there’s the goal of creating and expressing yourself, and the other goal of wanting people to hear it.  I would just hope that people would hear the songs and feel like someone was speaking to them in a relatable way.

Eo8:  If you couldn’t play music, what would you be doing instead?

You can pre-order the EP here: http://www.inthecloudsrecords.com/products/547195-owel-every-good-boy…and be sure to take a listen to the tracks below to make your day even better!