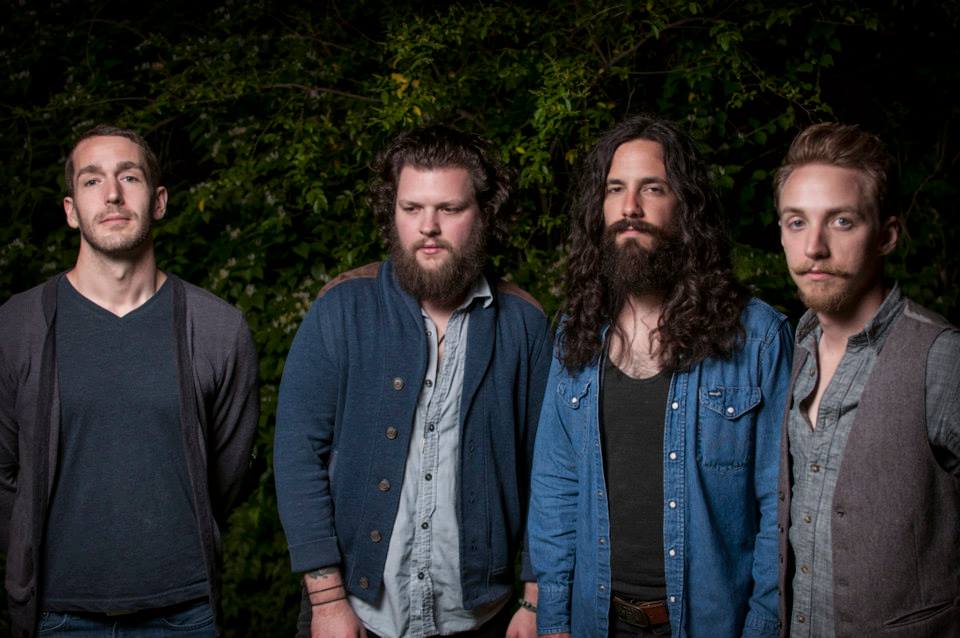 Nashville-based indie rock band The Lower Caves, comprised of Aaron Ahlstrom (vocals) who may or may not be a spy in real life, Jon Shearer (guitar/keys), Sean Savacool (bass), Jonathan Williams (drums), and an occasional fifth member, whom Aaron mysteriously refers to as ‘The Beard’), will be playing at The Basement this Friday with Yumi and The System and Del Mar.

Parked in the outdoor seating area of Fido in Hillsboro Village, Aaron and I had a lovely conversation about having owl tattoos in common, our mutual crush on Brandon Flowers of The Killers, and Aaron’s full-on rock star pre-show rituals (see below).  It’s three days later, and I’m still laughing.

The band embarked on the journey to create their debut LP, 2014’s Turquoise Blues, with a Kickstarter campaign; Aaron admits that they didn’t know exactly what they were getting into, but says they knew they wanted everyone to give them money to make a record so they didn’t have to pay for it (hahahaha).  The process of record-making proved challenging at times; the band passed on the opportunity to work with various producers, opting to do all the work themselves, for which Aaron says he takes the responsibility: “At times it was like letting cats loose in a field, with no fences, logistically-speaking, we were all over the place.”  Aaron says he has no regrets, but “if I had a time machine, I wouldn’t use it to fence anyone, but I would definitely go back and say, ‘hey, younger Aaron, you should exercise more, and also, you should stop trying to make the record by yourselves.'”  The end result is a 15-song stunner, which has received much love around these parts and crazy rotation on our local independent radio station Lightning 100; the album’s length, Aaron says, is a testament to their inability to stop themselves from making music, and having a blast doing it.

So what does everyone bring to the table? Aaron says Sean brings the drugs (JOKES Y’ALL! Sean is vehemently opposed to drugs).  Sean is the band’s resident baby-kisser and handshaker, the first one off the stage to meet folks.  Aaron is the songwriter, a 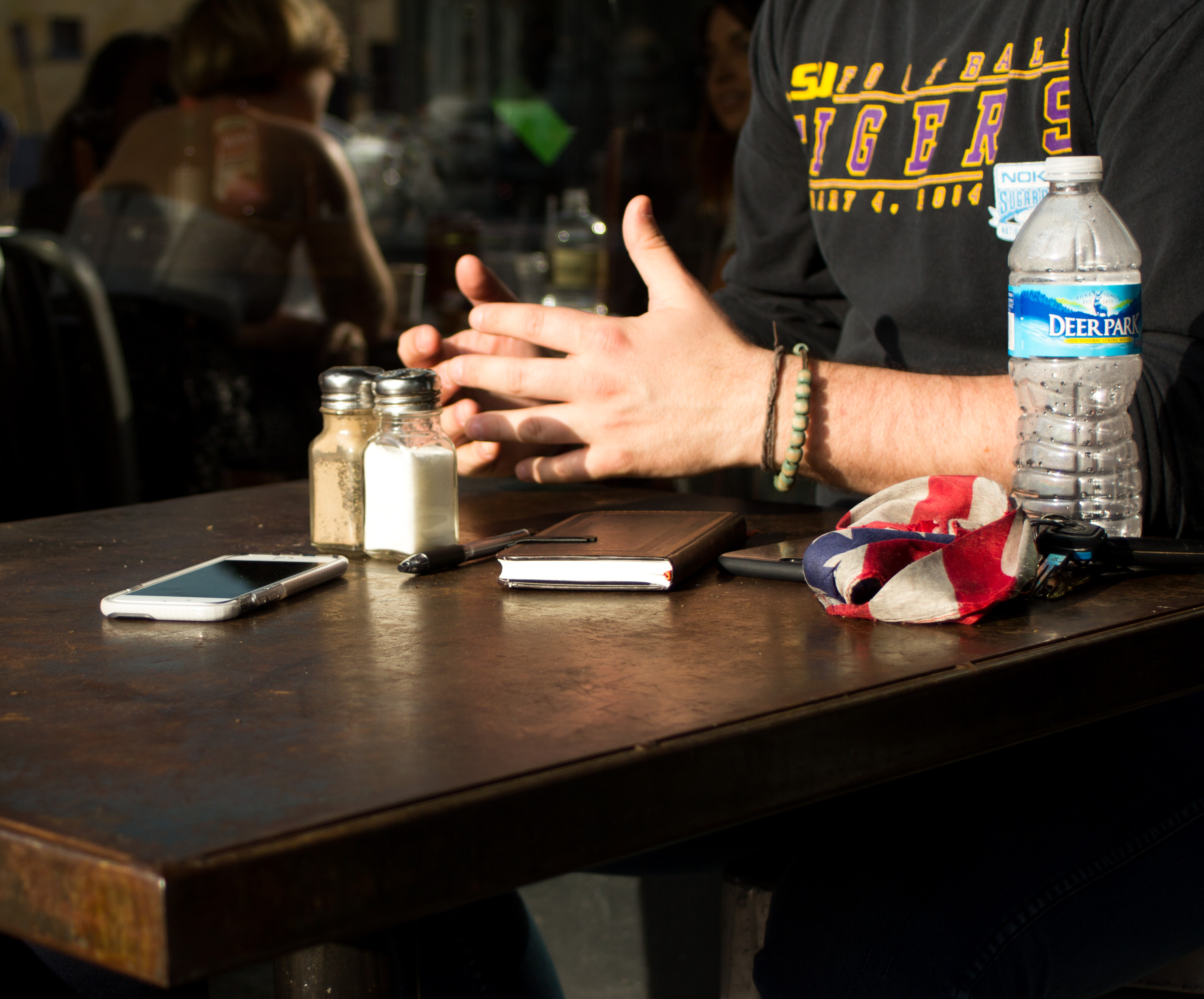 nd Jonathan and Jon are the masters of all things logistics for the band.  As for pre-show rituals, Aaron likes to take a nap (he doesn’t get the ‘normal’ kind of nervous, he gets sleepy), and he also can’t drink anything but water before a show (or ever, really), because, as he puts it, “I have to hydrate well if I’m going to hit all those sweet notes.”  Sean might grab a drink or two, as might Jonathan; however, if Jonathan has more than one drink, he has to be careful about maintaining his tempos (hahaha).  John and Aaron have been known to play chess before a show.  Aaron says The Beard got them addicted to burning nag champa incense before shows, which they feel makes them relax (*mental note for me, add nag champa to this week’s shopping list*).

So what’s next for The Lower Caves?  This Friday’s show at The Basement is going to be a great time; the band loves playing at The Basement, a Nashville institution.  If you make it to the show, be sure to shout “Freebird!” at Aaron, because he LOVES that (again, jokes).  The band is also mapping out another release, maybe an EP this time; they have signed onto be a part of Nashville’s East Side Storytellin’, and Aaron really, really, really wants to go to the water park at Holiday World.  And stay hydrated.

Buy your tickets and let them know you’ll be there to show them some hometown love!