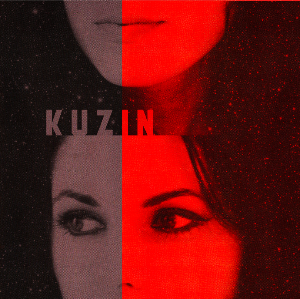 Kuzin (pronounced “cousin”) is the name chosen by Jessica Maros, one half of the dreamy and critically acclaimed folk-rock duo Escondido, for her brand new solo project; her debut album, CAVITY, was released in February, via Kill Canyon Records.  The first single (title track “Cavity”) transported me back to my formative years when I was listening to 90s girl-rock like Liz Phair, Alanis Morissette, Fiona Apple, and The Breeders.  Needless to say, I was hooked, and needed to know more; I was lucky enough to have an amazing chat with the lovely Jessica Maros herself, in the midst of stomach flu, a dying cell phone, and a power outage on her block in Los Angeles:

Eo8:  What’s the origin of the name Kuzin?

JM:  My whole family is Slovakian; they emigrated from Slovakia to Canada.  I’m first generation North American, and actually the only English-speaking family member.  Growing up, I would get these Christmas cards from my cousin in Slovakia, who would be like “Hey kuz! Merry Christmas! Love, Your Kuzin” that’s how she’d spell it, she was so proud.  I liked Kuzin; the way it’s spelled, the way it looks, what it sounds like when I say it, it just fits, it evokes the record.  It matches the whole thing.

Eo8:  You are currently staying in LA, are you still based in Nashville?

JM:  I actually don’t really know, I did relocate here, but I still have a house in Nashville.  I go back and forth quite a bit.  I’ll be spending more time in this neck of the woods for now.  I kind of felt like I exhausted all my options in Nashville; I mean, I’ve been living in Nashville for about 10 years and I needed a little but of a change, and I felt like this project would fit better here.  Nashville’s my home, so I think eventually I’ll end up settling down there.  I just wanted to try something new.

Eo8:  What’s your experience been in LA so far?

JM:  It’s been really good.  It’s definitely different; I’m not used to the traffic and the crazy amounts of people.  Nashville has a big city/small town vibe, and here there are so many people.  I’ve found a little place here called Mount Washington, it’s like a mini-Laurel Canyon, it’s beautiful, it’s a little bit outside of the city.

Eo8:  You’re one-half of the band Escondido; your music in that band is like dreamy southwestern-tinged Fleetwood Mac, but your solo project is more raucous, noisier, and kind of edgy.  What inspired such a different sound for Kuzin?

JM:  When Tyler (James) and I write songs, the original songs at the start sound like Kuzin; when I send them to Tyler, he adds his touch and they become Escondido songs.  It’s the combination of both of us.  With Kuzin, I write songs every single day, it’s like therapy for me, something I love to do, and I write what’s on my mind.  I sent my little demos to my friends, and a lot them said they loved these raw demos of me just singing and playing guitar, that it was harsh but interesting.  They encouraged me to make a record like that, something really raw, something just me.  That’s exactly what I set out to do.  The deeper I got into it, I started adding more things, and then I thought maybe I should start playing more instruments, to see if I can do it.  I really wanted to challenge myself, and just see what would happen.  I’m not schooled or formally trained, I’m a mostly a songwriter.  “Wild Card” isn’t even on tempo, and it’s such  weird song, it’s edgy and bizarre, but that’s because that’s the way I express my version of my music.  Maybe. 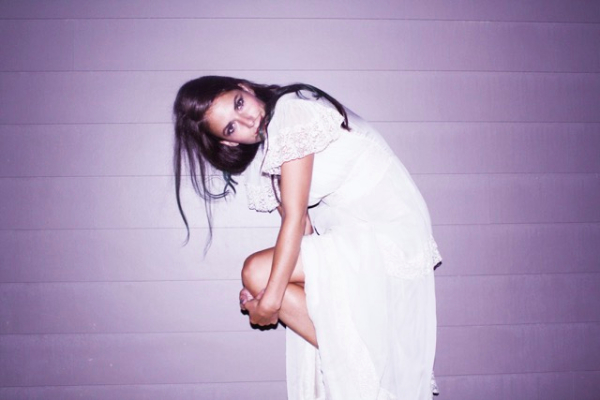 Eo8:  Some of the songs, like “Hearts” and “Sleepy Hollow”  are really stripped down, where it’s just you and a guitar, and others feature more instrumentation.  What will your live show be like?

JM:  I’ve been playing some shows as Kuzin recently, one in Nashville and few here in LA so far;  I play electric guitar, joined by bass and drums.  It’s like a three-piece band which is so nice; honestly it’s a lot of pressure and it’s super-challenging, but so motivating and invigorating at the same time.  If I screw up, everyone’s going to see, but I almost don’t care because here I am, as raw as possible.  I may not be a shredder, but I’m going to hit this G chord so hard that you can hear the tension in it, and that’s the beauty of music.  It’s form of expression.

JM:  I’d like to do a tour; I’ve put the record out myself, it’s all very independent, I don’t have a team of people for this project.  I mean, the goal is yes, I would love to if the opportunity arises.  I’m not going to completely, like, die over this project.  These days, if you want something to be successful I think you really have to put in 180% of your effort and I’m learning more and more now that it’s hard to focus on more than one thing.

Eo8:  Escondido is still alive and kicking then?

JM:  Yeah! We just finished our new record and it’s rad.  I think that’s something I’d like to put more focus on; I’ll continue to put out Kuzin records, and then hopefully I’ll generate a foundation that will be enough for me to have to go out on the road for it, that would be amazing.  Now I’m just doing it for the love of it.

Eo8:  Do you still have the stomach flu?

JM:  Oh my god.  I don’t even know.  I’m still walking around semi-nauseous, but I think I’ve gotten it all out of my system, that’s for sure.  It was the worst.  Let’s just say, no more peanut butter for me.

2 thoughts on “8 QUESTIONS with JESSICA MAROS of KUZIN”