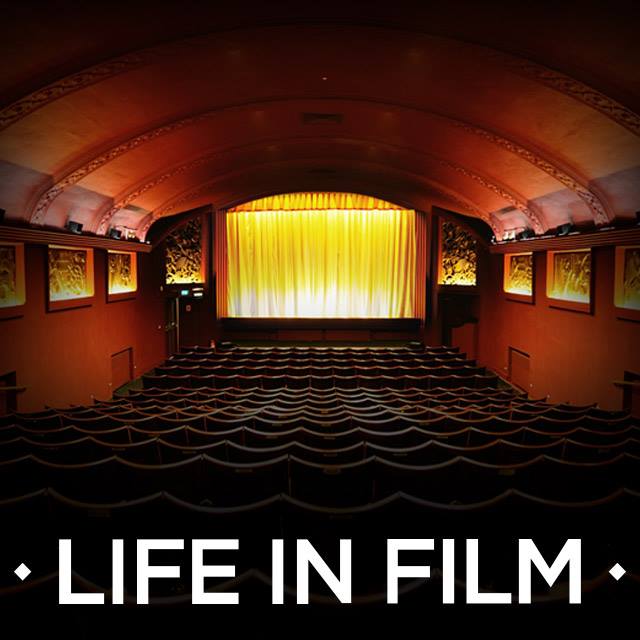 British four-piece indie pop outfit Life In Film will release their debut album, Here It Comes, later this spring; it’s been on continuous rotation in my atmosphere since I acquired it, and if it’s possible to wear out something housed in a digital format, I’ll bet you my megabytes that my copy probably has a hole in it now.

The album is a cohesive pop portfolio, and while the songs all have commonalities, including clean and bright basslines, driving percussion, and vocalist Samuel Fry’s distinctive voice (which is on the whimsical side of melancholy), each song on the album definitely has its own personality and rightful spot in the lineup.

The opening track “It’s What Happens Next That Matters Most” begins acoustically with Fry’s vocals and a little taste of bass, which then opens up into an delightfully upbeat tune.  “Get Closer,” a great choice for the band’s first single and the song that reeled this girl in, is playfully infectious pop rock; I’ve even started hearing the band collectively singing “get closah” in their lovely British accents in my sleep.

Title track “Here It Comes,” an “American Girl” by Tom Petty-esque anthem of rebellion with Fry and company singing “let’s set it off/start with a bang/break into pieces/and rearrange them again/let’s take the time/to live while we’re young/and do all the bad things/we know that are fun fun fun fun fun fun fun/we’ve got the whole floor to roll around/you better look out/here it comes.”

The momentum slows a little for the sweetly melodic “Anna, Please Don’t Go” that tugs gently on my heart, makes me want to change my name to Anna and reassure Samuel Fry that I won’t go.  Really.  I won’t.  The driving bass lines of “Full Circle,” “Sorry,” and “Are You Sure” bring the tempo back up, and the album finishes with the dreamy “Forest Fire,” reminiscent of Coldplay’s “Sparks” and “Homeward” by The Sundays.

My absolute favorite from the album is “Alleyway,” with its catchy guitar riff echoing throughout, its traveling bass line, and its snare-centric propelling drum rhythms…my mood is instantly uplifted when I hear it, and I can never have enough of that in my life.  I think my fondness for this one is influenced by the series of Burberry Acoustic videos featuring Life In Film; for the “Alleyway” video, the band is packed into a tiny high-walled patio garden on Neville Road in London, their audience being the cat sitting on the stone wall above them.  They’re so reserved as they introduce themselves at the start of the video, but you can tell there’s definitely mischief under those manners.  Dominic Sennett takes a break from the bass, instead contributing to the adventure on glockenspiel and rhythmically strategic handclaps; the best part…drummer Micky Osment dons open-toed house shoes so that he can play wooden claves with his feet.  He’s like the MacGyver of percussion.  My hero.  (You really should watch the video.)

“Here It Comes” is coming soon, and you definitely need it in your musical collection.