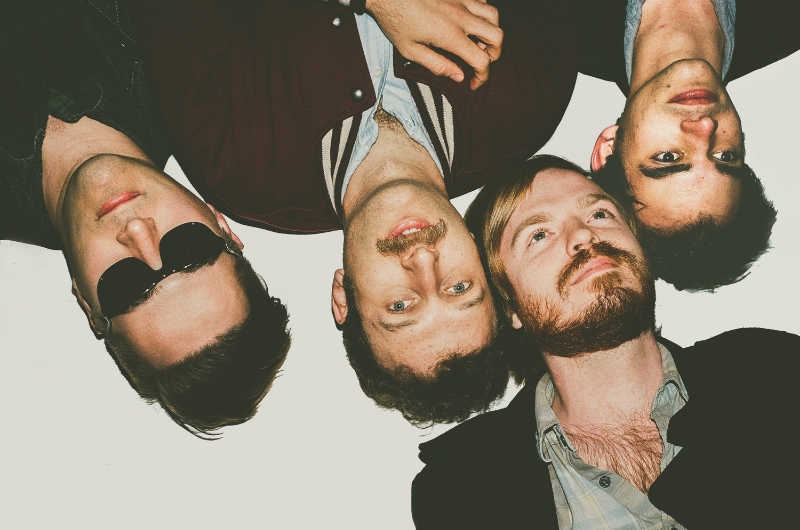 Hi friends! It’s time for our next installment of the East of 8th SXSW Spotlight!

I’ve recently become enamored with the surf-rock sounds of Shivery Shakes, a captivating quartet from Austin, Texas, whose music has been a shot of sonic sunshine to my frostbitten little ears this winter.  I had the pleasure of chatting with lead vocalist William Glosup the other day to see what’s been shakin’ (see what I did there).

Friends William Glosup, Marcus Haddon, Andrew Penmer, and Jack Thorton were in different bands around town that, as William says, “died of natural causes,” and from the ashes arose a collaboration that became Shivery Shakes in 2011.  Their style is inspired by the members’ affinity and appreciation for music from the 1960s, and  their desire to create a reverb-y aesthetic.  A lot of folks have classified their music as “surf rock” and this band embraces it.  “When people call us ‘retro’ or ‘throwback’ we find it complimentary because those things are already popular.  If you associate a new piece of art with something that’s already respected and good, it’s kind of a roundabout way of saying you’re making something that’s also good,” says William.  I wholeheartedly agree.

It’s working for this band….Shivery Shakes has released music in every year of its existence, their most recent release being Three Waves and a Shake, the group’s first LP, which debuted at the end of 2014.  The Austin City Council even declared June 27th “Shivery Shakes Day” (which William told me came with no additional perks other than an ego boost), and the band is happy to be making its first appearance at SXSW this year.  Good luck y’all!!

Shivery Shakes will be going on tour this May, traveling from Austin to NYC and back, and thankfully making a stop in Nashville!  Stay tuned for more info!