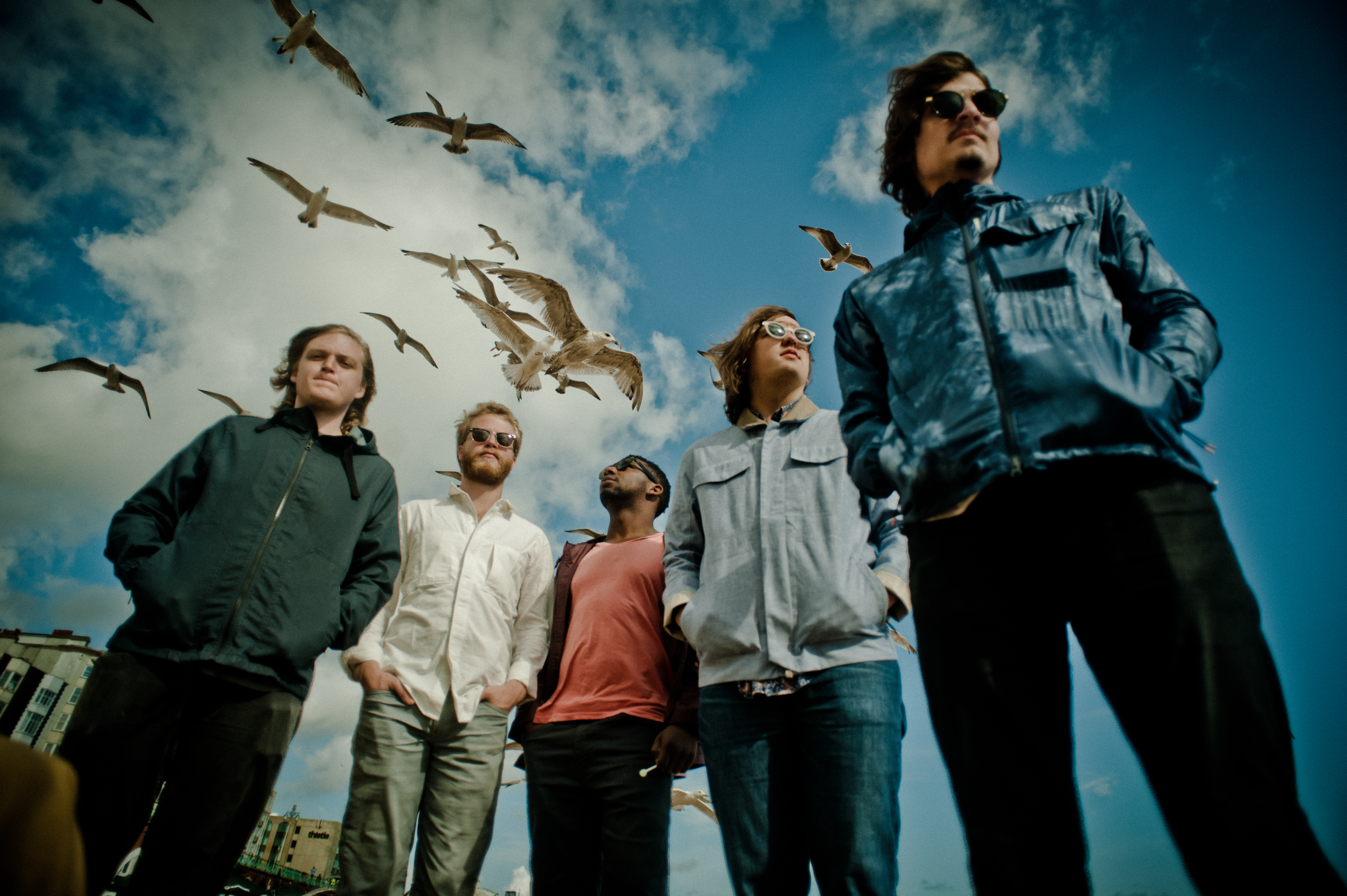 Once upon a time, I heard a song called “Sykia” by a band called Young Buffalo.  It was one of those head-bobbers that scratched all my indie rock itches, and I wanted to know more, and of course, share it with you, beloved readers.  So who is Young Buffalo?

The Oxford, Mississppi-based band was started by Jim Barrett and Ben Yarbrough who met each other in middle school, yes, middle school; Jim said he was playing at a talent show with a band, which was great except they “didn’t have any talent,”  when Ben introduced himself and suggested they write songs together (yes, still in middle school).  While Young Buffalo has only been an official band since 2009, these two have been making music together now for over 10 years.

Those many years of songwriting have paid off; Jim and Ben have honed and matured their craft, which has built their confidence and grown their band, now comprised of Jim, Ben, Will Eubanks, who plays keys (and does some songwriting, too), drummer Tim Burkhead, and bassist Andrew Guinn.

The band’s first full-length album, House, is 11 tracks of guitar-driven indie-pop goodness and will be released on March 3rd on label Votiv; Jim said that a lot of the songs were inspired by a heartbreak in which songwriting helped him process.  I asked Jim for the story behind “Sykia,” inspired by his experience studying abroad in Greece.  Jim and friends traveled to Sykia, a beach town, and ended up at a vineyard run by three generations of a family who lived on the vineyard in a collection of shacks.  The guys picked grapes on the vineyard for about 5 hours, which is not exactly the easiest work.  At the end of the day, the family fried them some fish and poured them some wine; even though the Americans couldn’t speak Greek and the Greeks couldn’t speak English, the whole crowd ate, drank, danced and sang all night, turning into one of the “most badass parties” he’s ever attended.  He was also inspired by the self-sufficiency of the community and how they take care of each other.  It was an amazing experience.

For now, the band is still based in Mississippi, but Jim says they aren’t opposed to putting a little distance between themselves and Oxford in the future to see the world.  They’ll get to see at least some of the world this spring, as they tour regionally and later as they support Matt Pond PA on a nationwide tour.  The downside? No Nashville dates on the books at the moment, but I’m keeping my fingers crossed!

3 thoughts on “WHO IS YOUNG BUFFALO?”