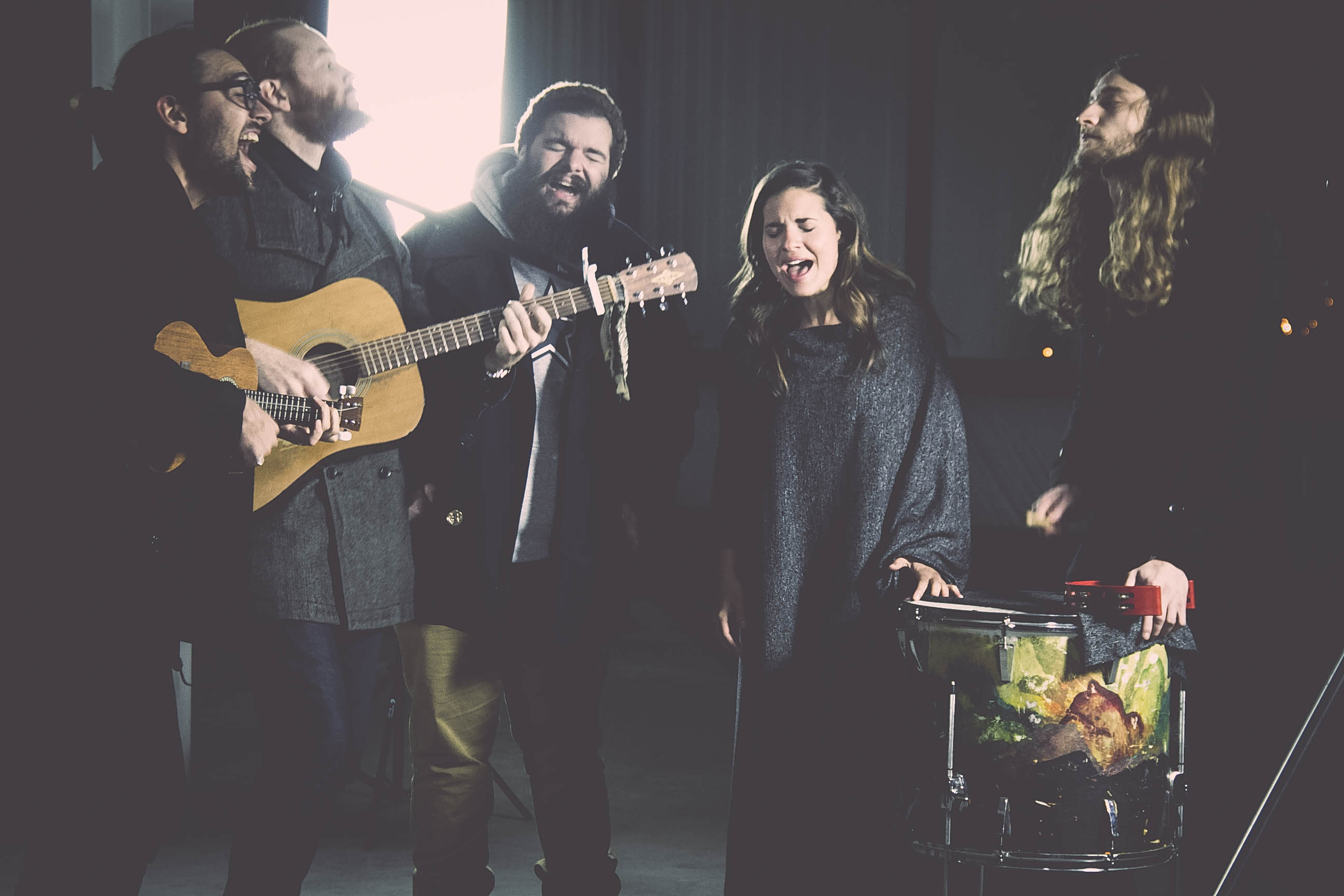 I walked through the doors of Silver Point Studios in Nashville to meet the members of the band Seryn for an interview and a video shoot; I didn’t see anyone right away, but I heard the most glorious harmonies coming from a women’s restroom in front of me.  I stood there, mesmerized, when all of a sudden, Nathan Allen (carrying a guitar), Trenton Wheeler, 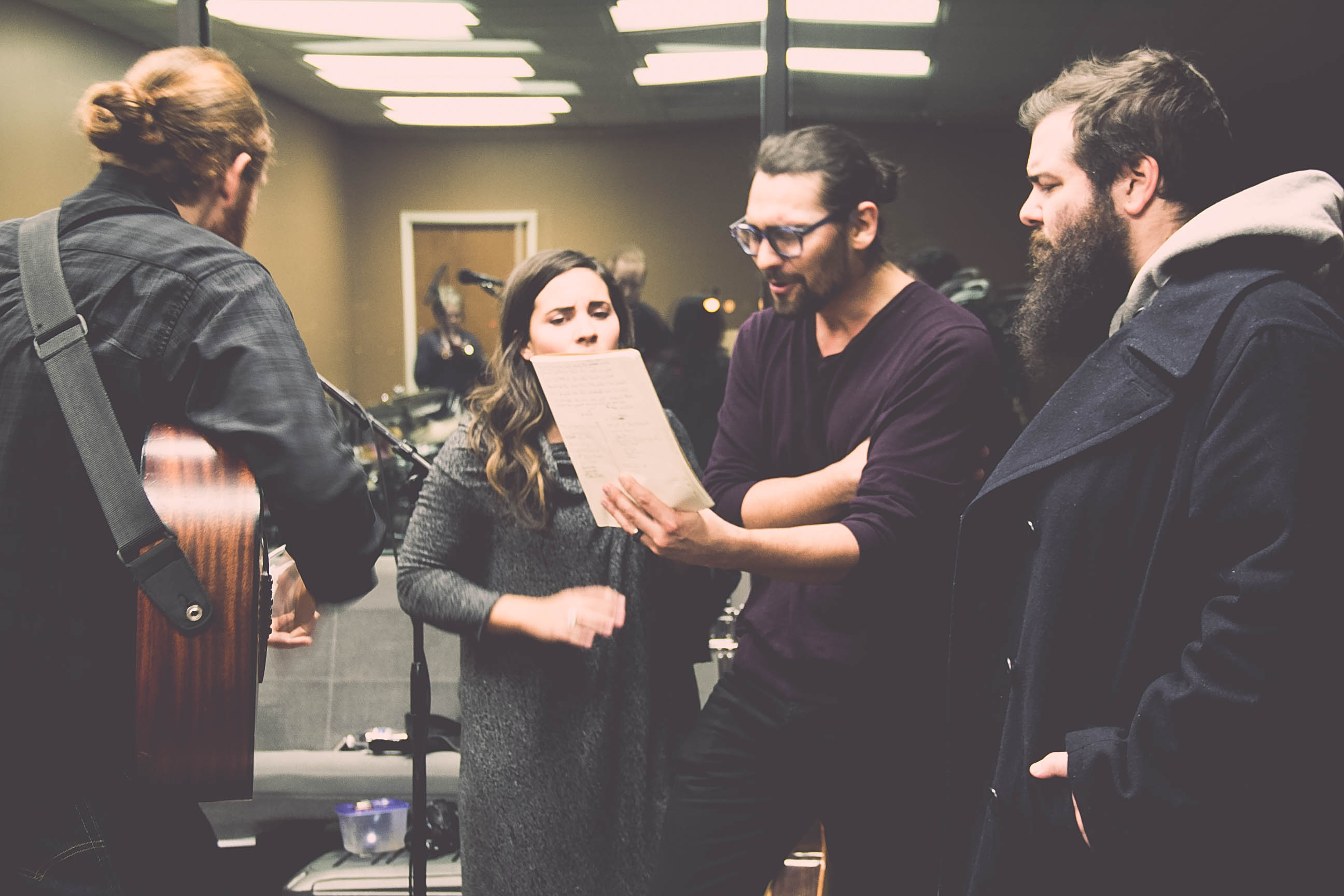 and Jenny Moscoso emerged from the restroom (Jenny was getting ready for our video shoot, and the guys wanted to work out some of the vocals for a song they were writing).  I’m going to go ahead and call that serious dedication.

Dedication is the norm for this group; from their intense rehearsal and performance schedule, to the way they put every part of themselves into creating their collaborative brand of beauty, and even in the way they make coffee (seriously, they know what they’re doing). 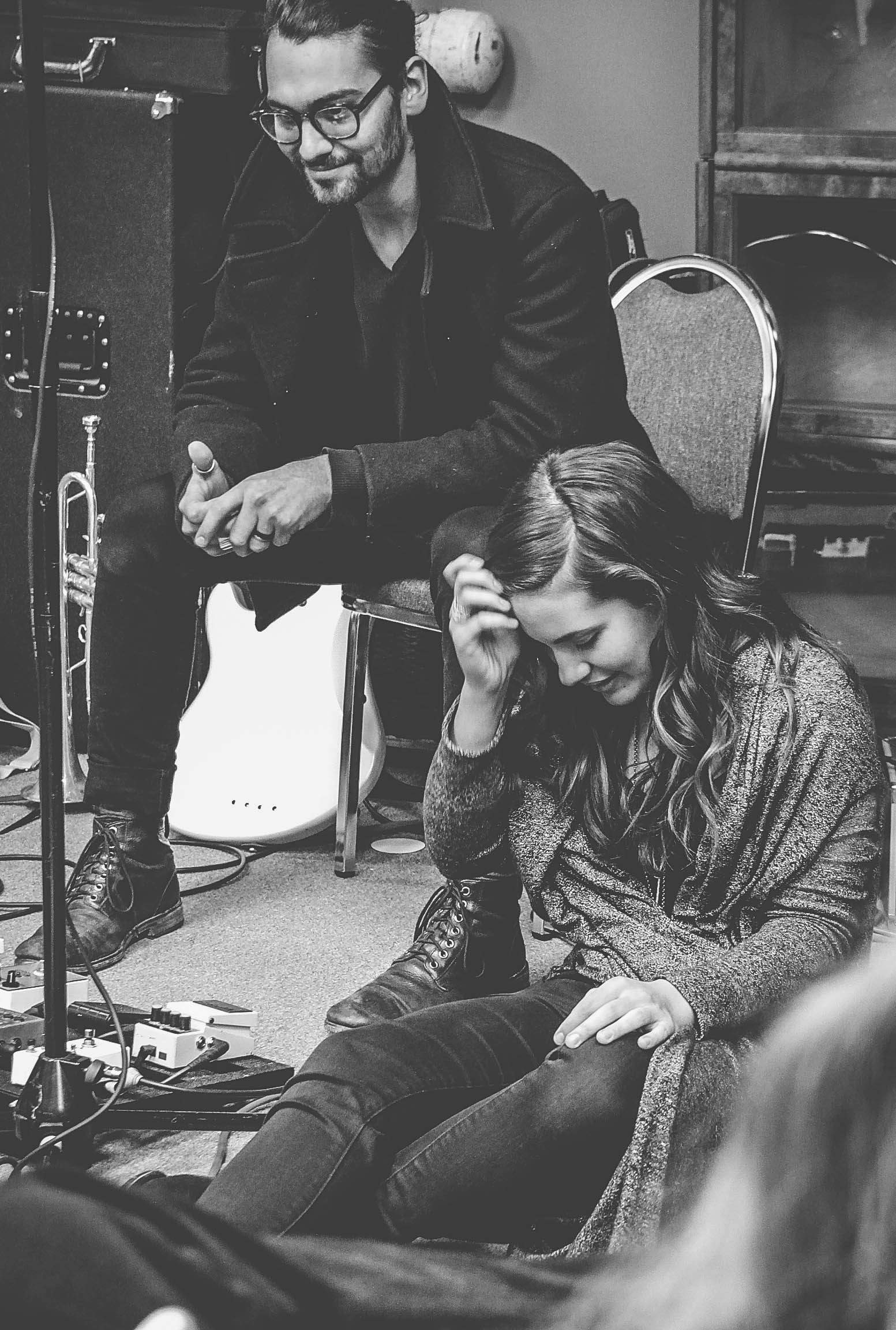 How did they find each other?  Serendipity.  Once upon a time in Denton, Texas, college roommates Nathan and Trenton decided that college wasn’t so great, and that they should start a band instead.  One day, Nathan drove by an old house with a wrap-around porch where he saw Aaron Stoner (playing upright bass) and some friends making music.  Naturally, Nathan stopped the car and asked if he could join them.  The guys met vocalist Jenny at a show, and added her to the lineup.  Drummer Jordan Rochefort was previously in a band with Nathan’s brother, and violin virtuoso Scarlett Deering messaged the band on Myspace to offer her talents to the ensemble, went to Berklee for school, and joined the band when she got back.  They’ve been making extraordinary music together ever since.

Seryn has recently relocated to Nashville to be closer to the music industry (fun fact: Nashville is within a day’s drive of 70% of the US population); since touring and record promotion were a top priority for the group, especially this year, and with so many amazing opportunities to make music here, a move to the Music City just made sense.

The band’s sophomore LP, Shadow Shows, set for release on February 17th; Plato’s Allegory of the Cave was a significant inspiration, and the songs follow a common theme–unveiling eyes to reality, and acceptance of  life and death.  Seryn will be performing at The Mercy Lounge with The Red Headed Indian tomorrow evening to celebrate the release.  Doors open at 8pm, and the show is at 9pm…come prepared to be amazed.

For more pictures from the video shoot, head over to the East of 8th Facebook page!