I’m a retro kind of girl, always have been.  When I was little, I heard “Rock This Town” by The Stray Cats, my introduction to rockabilly music, and my world was never the same.  Rockabilly is the foundation, the root, the essence of classic rock and roll music.  Still not familiar?  Think Buddy Holly, Jerry Lee Lewis, and a guy named Elvis Presley.  I once read that the term “rockabilly” (a combination of the words rock and roll and hillbilly) back in the 1950’s was viewed as an insult, especially to southern rockers of the time.  Not anymore.  These days, we are in the midst of a refreshing Neo-Rockabilly revival, and I can’t think of a better evangelist than the fantastic J.D. McPherson, whose second full-length album, Let The Good Times Roll, on Rounder Records, comes out on February 10th. 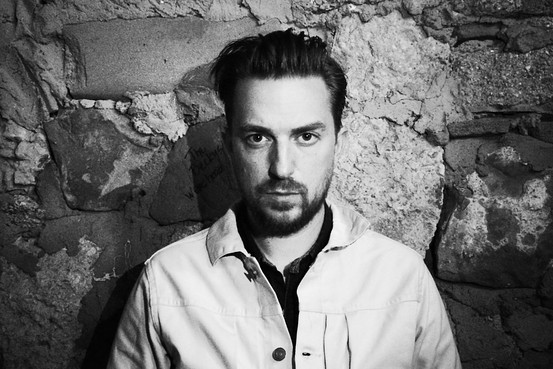 I haven’t been able to stop listening to this album.  From the very first track, it’s a bona fide invitation to boogie; if at least one part of your body doesn’t move when you listen to this gem, you might need to check your pulse.  There is a touch of Chuck Berry in the echoing guitar riffs of “Precious” and the driving rhythms of “All American.”  The finger-wagging swagger of the rollicking “Mother of Lies” and “Bossy” are absolute stuff-shakers.  McPherson slows it down, but only a little, in “Shy Boy,”  which begins with spare drum beats and a pulsing staccato organ, as he pleads for gentleness: “I’ve got a big ol’ heart/one malicious remark/just might hit me like a lightning bolt/they said I was shaking from the day that I started to walk/I carry such a heavy load/you do a lot of damage when you talk that talk/’cause don’t you know I’m a shy boy.”  Have mercy.   My favorite track, if I had to choose just one, would be “All Over;” in this tune, driven by rugged piano and a sauntering baritone saxophone, McPherson details the end of a relationship, “it’s all over but the shoutin’/it’s all done but the deed/it’s all healed but the hurtin’/it’s all gone but the need.”  I wake up with that song stuck in my head on a daily basis.  Heed my advice y’all, you’re going to dig this.  If I used stars to rate albums, Let The Good Times Roll would have them all.