Hugh Robert Masterson (a.k.a. Hugh Bob) was born thirteen minutes after his twin brother, much to his mother’s surprise (she didn’t know she was having twins).  He grew up on a small farm in a tiny map dot called Butternut, Wisconsin, population 372.  He and his siblings had livestock for pets, like the pig they named Jennifer, who gave his brother and sister rides to the bus stop.  In the afternoons, Jennifer would hear the school bus coming, go meet the young Mastersons, and carry them back up to the farm.  Then one day, Jennifer became dinner-fer (see what I did there).  Such was life on the farm.

His oldest brother played guitar, and decided that Hugh and his twin should play bass and drums, respectively, forming their own little family band.  Since the kids lived in the middle of nowhere, they had plenty of time to practice, sometimes so much that their fingers bled.  Hugh started his college career in Michigan, renting a room in a nursing home, and walking a mile to school everyday in way too much snow.  His nomadic spirit led him to seek his fortune in Milwaukee, unable to escape his passion to play music.  In the big city, Hugh met other  ambitious musicians, played with several bands, and eventually joined forces with Nicholas Stuart in a group called The Wildbirds.  He sold his possessions, quit his job, and went on a 6-month tour playing bass for The Wildbirds, living with Nick on a converted shuttle bus that ran on vegetable oil.  When the tour ended, the pair lived like gypsies, moving from place to place to do odd jobs and find adventure, eventually returning to Milwaukee.  Hugh overcame his lack of confidence and decided the time was right to start his own band.  Ladies and gents, meet Hugh Bob & The Hustle. 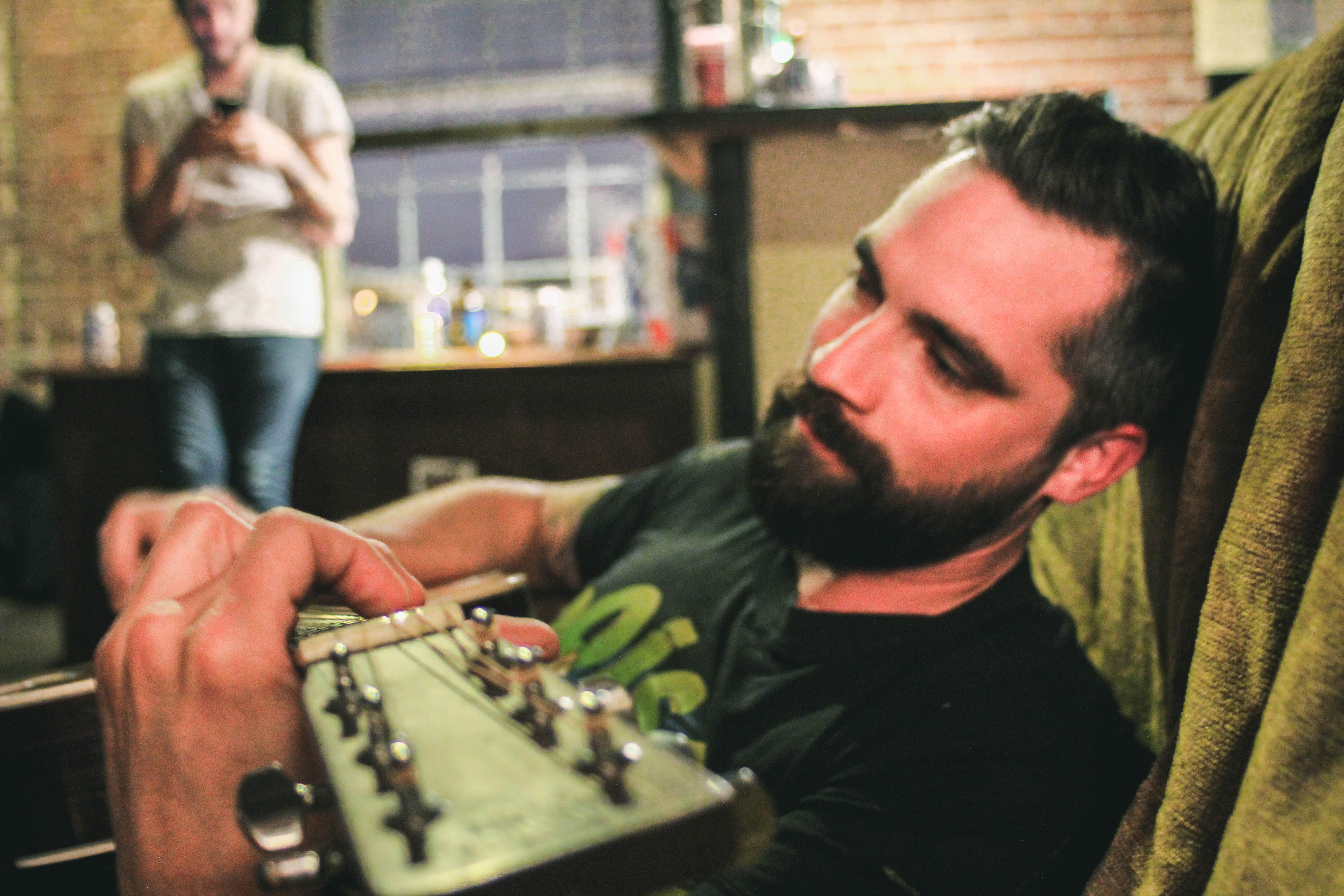 The group, made of Hugh, Nick on bass, Quinn Scharber on guitar, Bradley Kruse on keys, and Justin Krol on drums, produce a sound reminiscent of classic country, which gets categorized as “Americana” or “roots music” these days.  Life in Butternut, a town where the local bar was the community gathering place, has provided Hugh with plenty of song-writing material, and the group has dubbed it “North Country.” 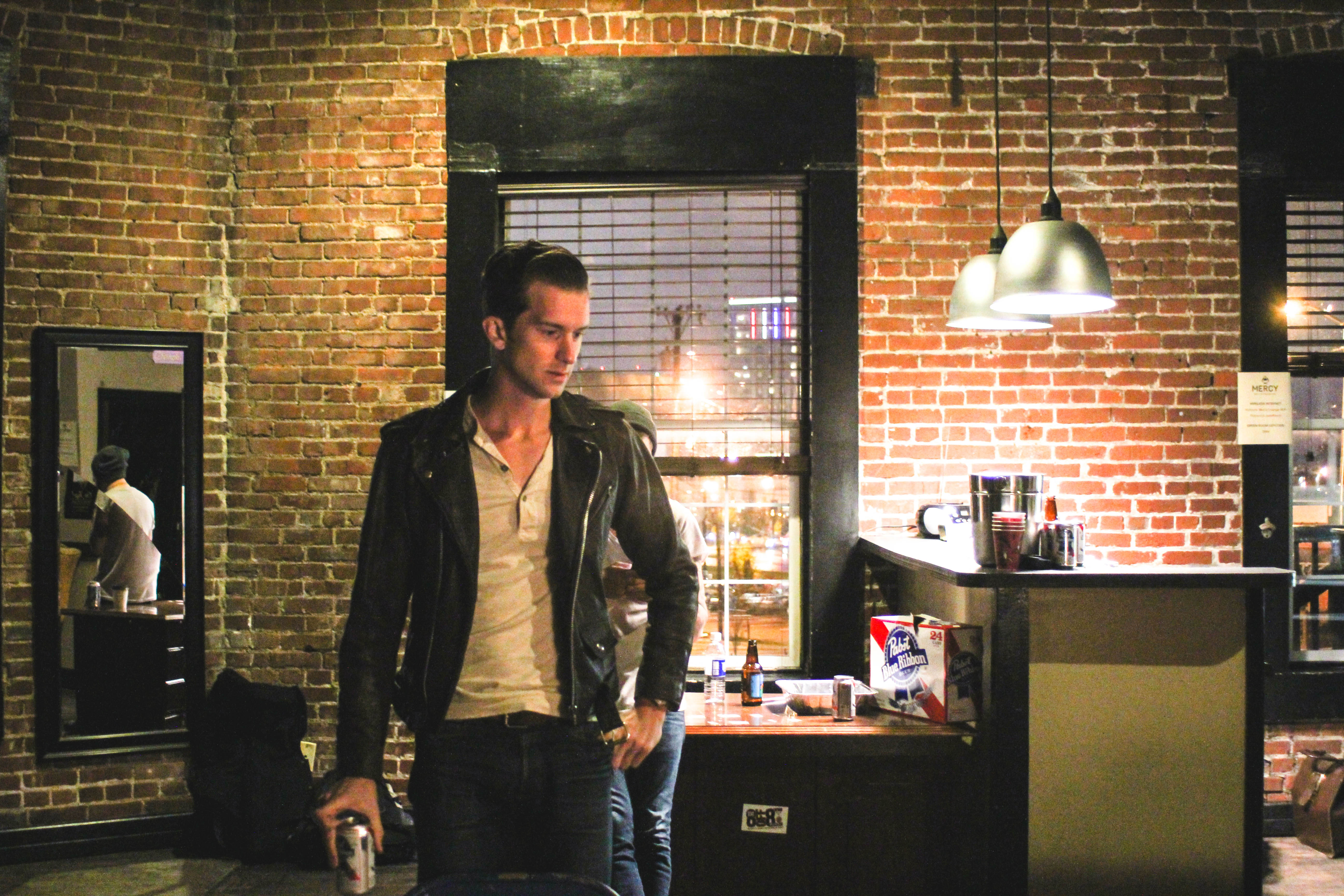 Hugh and company’s last release, the self-titled Hugh Bob & The Hustle LP, was released in 2012, but new music is coming soon.  In songs like “This Bar Is A Prison” and “Blame Me,” the lyrics are ruggedly simple and cleverly arranged blue-collar poetry, the music itself almost forces you to move.  In “Mess With Me,” Hugh sings “you can give me the look/you can try to cut me down to size/you can give me all your reasons/you can try to tell me you’re right, right, right/my band’s playing country, nobody better mess with me/I don’t care if you’re from Texas, I don’t care if you’re from Tennessee/we’re from the midwest and we’re playing North Country”; I asked about the inspiration for this one, and he admitted it was born from his insecurities about being from the north and playing music that sounds like this, worried about the reception they would get, not only in their hometown, but in places like Nashville.  So far, they’ve been well-received no matter where they’ve played; I don’t think they have any reason to worry, and can only imagine we’re going to hear a whole lot more about Hugh Bob & The Hustle in the very near future.

One thought on “WHO ARE HUGH BOB & THE HUSTLE?”