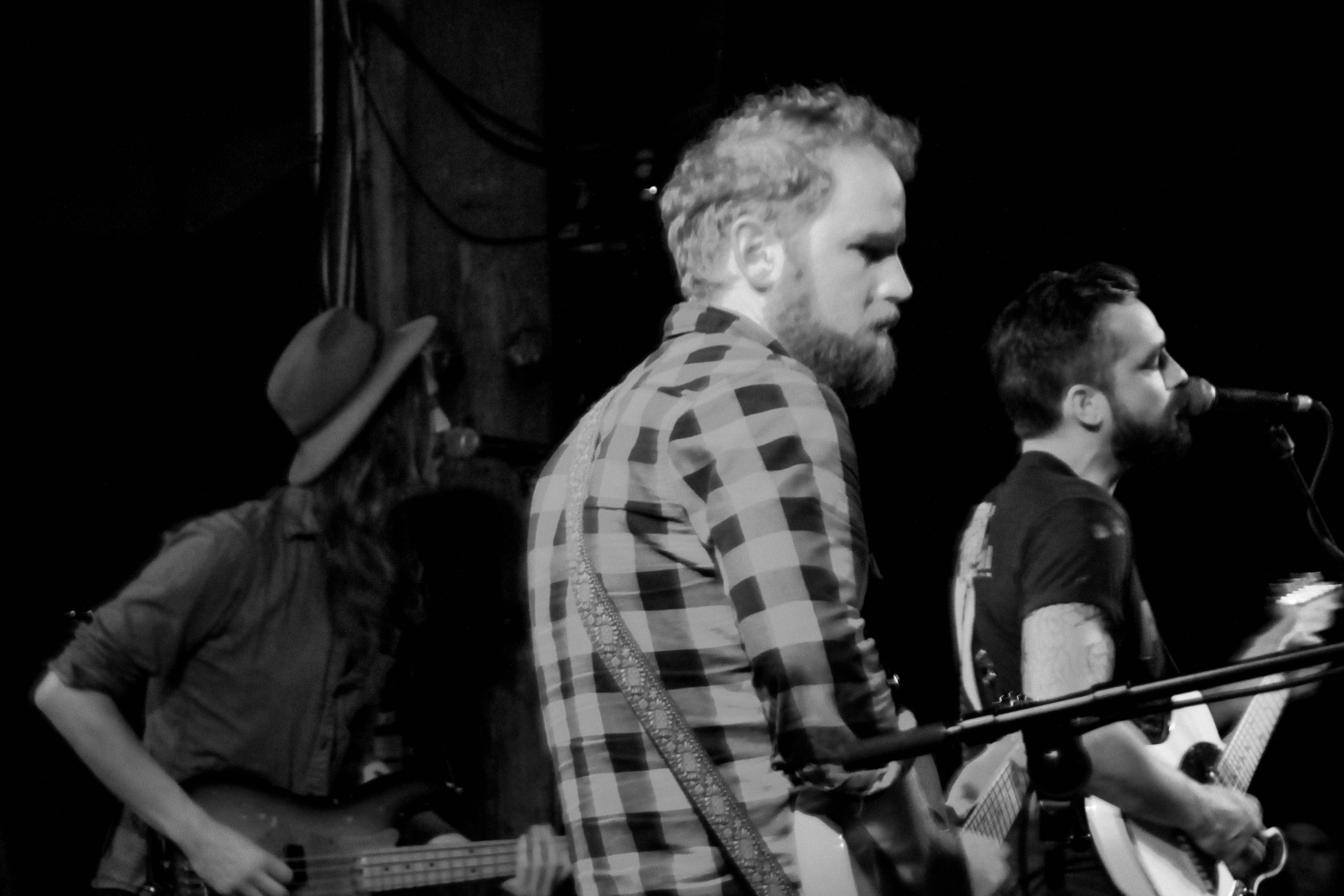 It was a dark and stormy night…the Cannery Ballroom/Mercy Lounge/High Watt complex was bursting at the seams with two, if not three sold out shows, and I’m pretty sure I ended up parking in the next county over.  I was late for my interview with Hugh Bob & The Hustle, so I sent an apologetic text to Hugh Bob.  “Where are you?” he asked.  “I’m walking the mile from my parking spot to the venue, and judging by the line of people trying to get in, it may take me a while.”  “I’m coming out to get you,” he said; eventually I saw a bearded figure wearing a snazzy corduroy jacket and smoking a cigarette walking toward me.  “Hey, I’m Hugh,” he said as he shook my hand, then took me into the venue the back way, and lead me up a narrow set of twisty metal stairs to the green room of the Mercy Lounge (which isn’t green at all, incidentally).  I had a fantastic time chatting with the band.  The time seemed to race by, and all of a sudden showtime was upon us; I admitted I was worried I wouldn’t be able to get close enough to the stage to get good pictures, when Hugh said “well, why don’t you just stand back here and do your thing?”  I was so grateful, because when the Mercy Lounge is sold out or even almost sold out, it’s kind of a nightmare for me to wedge myself into that can with all the other sardines, trying to enjoy the show and breathe at the same time.  Relieved, I parked myself on the side of the stage, and waited for the festivities to begin. 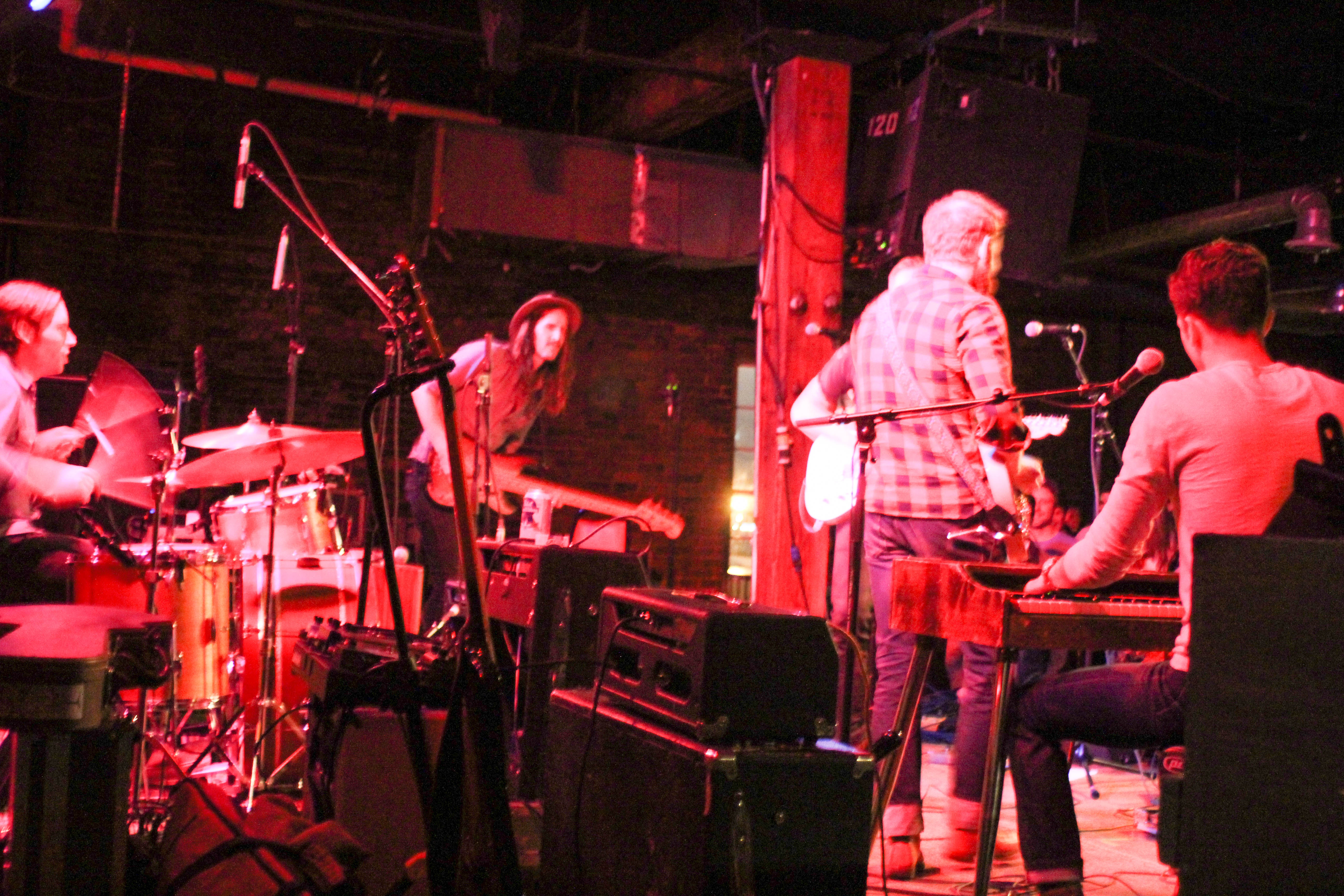 Enter Hugh Bob & The Hustle; Hugh introduced the band to the crowd and someone yelled “Poison!” in response to the sight of Hugh’s black Poison t-shirt.  Without missing a beat he quipped “oh I don’t actually like Poison, I’m just trying to look like a hipster,” and the band launched into their set.  Hugh and company have dubbed their brand of music “north country;” they also have a song called “North Country,” an all-American rocker of a tribute to life in the upper midwest.  From that point on, they presented one foot-stomper after another; the crowd gave in to the irresistible urge to dance to the mixture of older songs and new material, which will hopefully be released at some point in the very near future. 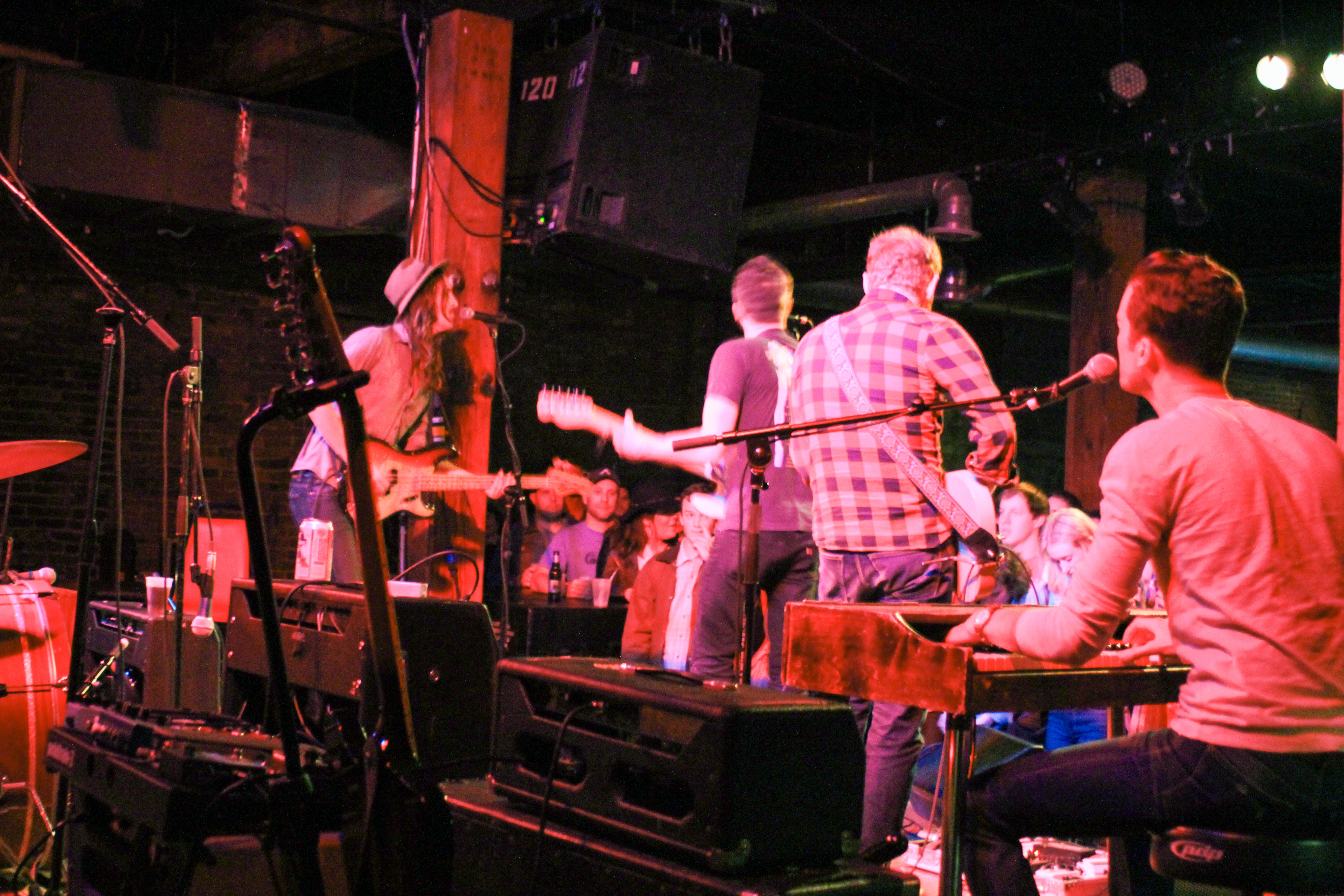 It’s hard to fashion only one genre-centric box in which Hugh Bob & The Hustle could fit.  Americana, roots music, alt-country, rockabilly, it all applies.  The cool thing about it is that they are from Wisconsin, y’all.  Wisconsin!  When I met with the band before the show, I asked about the inspiration behind their song “Mess With Me,” which is a tongue-in-cheek dare to people who may not be on board with what they’re doing, no matter if the listener is from Texas or Tennessee.  Hugh said he used to have a lot of insecurity about whether the music would be well-received since they ain’t from ’round here and all…no need to worry Hugh Bob & The Hustle.  We’re loving it.