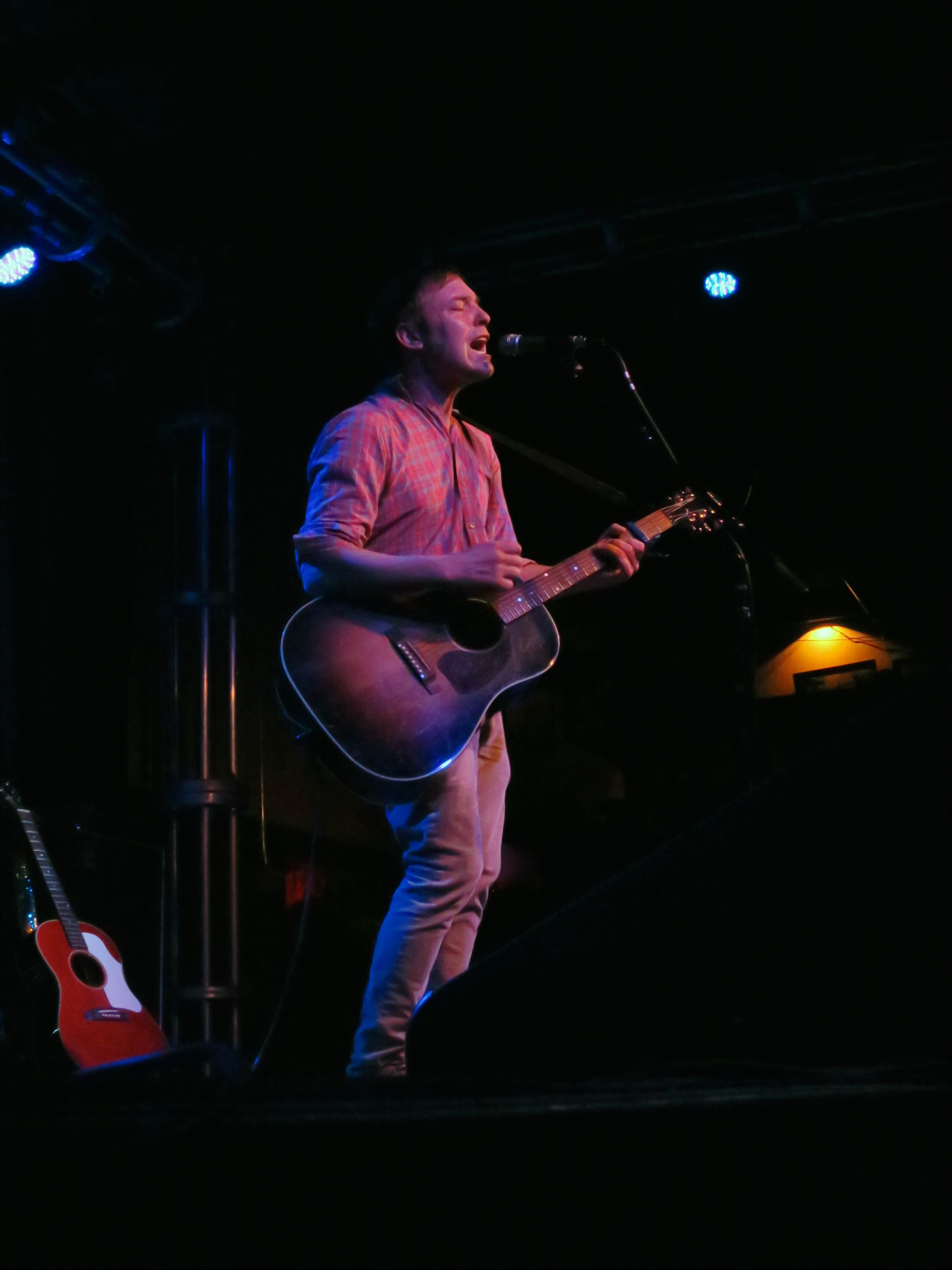 Singer/songwriter Buddy was in Nashville recently, on a short acoustic tour with fellow singer/songwriter Meiko (whose songs are so darn catchy and relatable they remained stuck in my head until…no, wait, still stuck there).

I’d spoken with Buddy earlier about his recently-relased LP Last Call For The Quiet Life, which he’d been touring to support with his band (also called Buddy).  I couldn’t get enough of the album, honestly, and was very curious to see how it would translate acoustically.

It was also my first trip to 3rd & Lindsley, which was nothing like I imagined it would be…I ate dinner there, and everyone sits at tables for the show, a welcome relief from the hours of standing for the marathon of shows I’ve been to lately.  Thumbs up to 3rd & Lindsley!

Buddy took the stage alone, with wiry strings sprawling from the end of his guitar’s headstock, and wearing a snazzy pair of grey socks covered in neon hearts (he showed them to us, naturally).  Buddy, who I’ve decided would be exceptionally fun dude with whom to hang) tells personal tales of fun and misadventure between songs; to introduce his song “Say A Lot,” which was featured on an episode of “Grey’s Anatomy” during a scene where some depressing event occurred, Buddy told us his mother watched the show and called him afterwards, asking “are you sad?”  He reassured her that he was indeed, a happy person.  Another story of note involves a family road trip, a father who wouldn’t stop for anyone to use the bathroom, and a six year-old Buddy who had to come up with an alternate solution…you’ll have to see his show yourself to hear the end of that story. 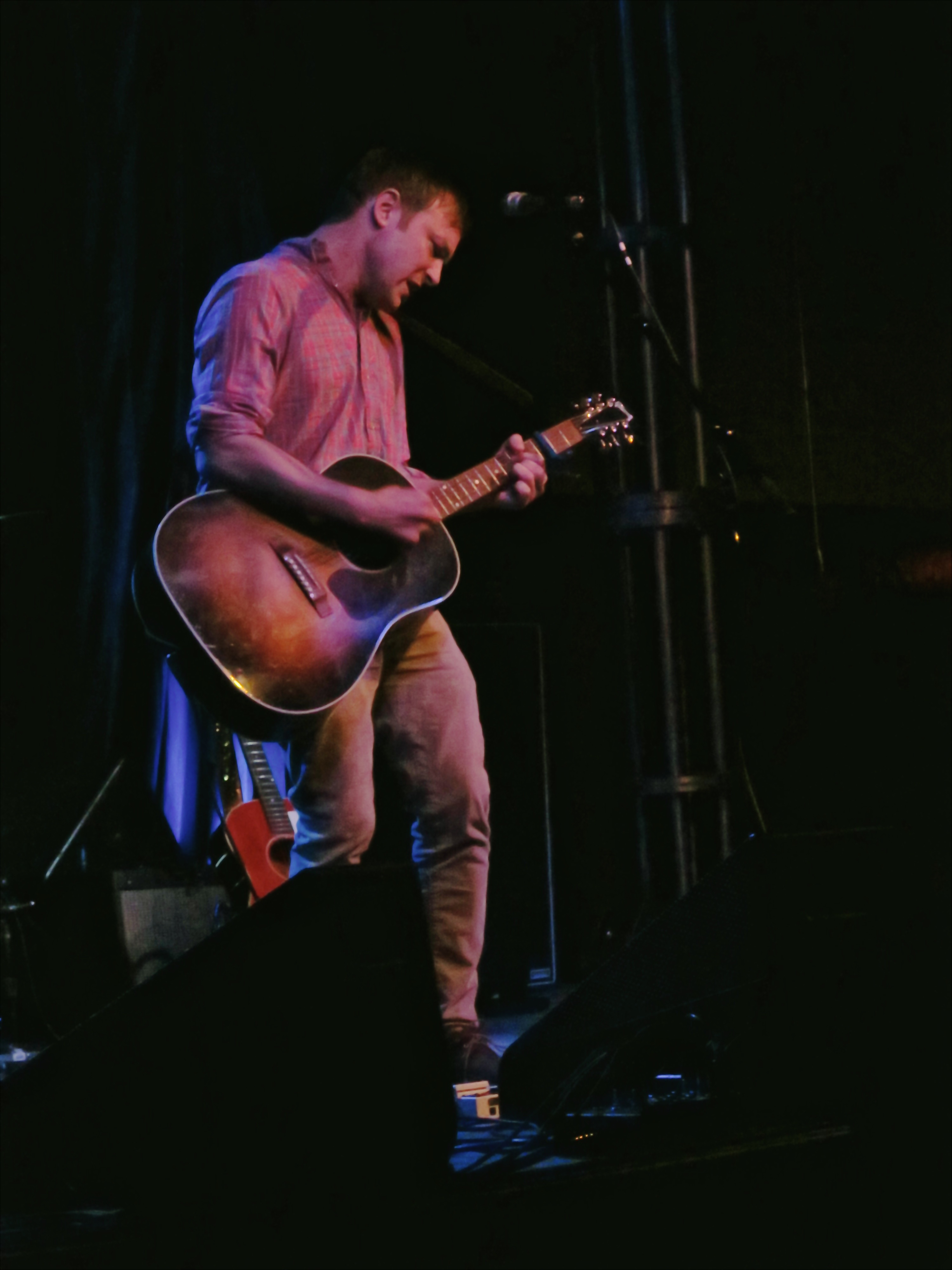 After a great acoustic set (it absolutely translated), Buddy came down off the stage for his last song, playing and singing to us while exploring the venue’s space.  I was thoroughly entertained.  Great job Buddy! I hope you’ll come back soon.