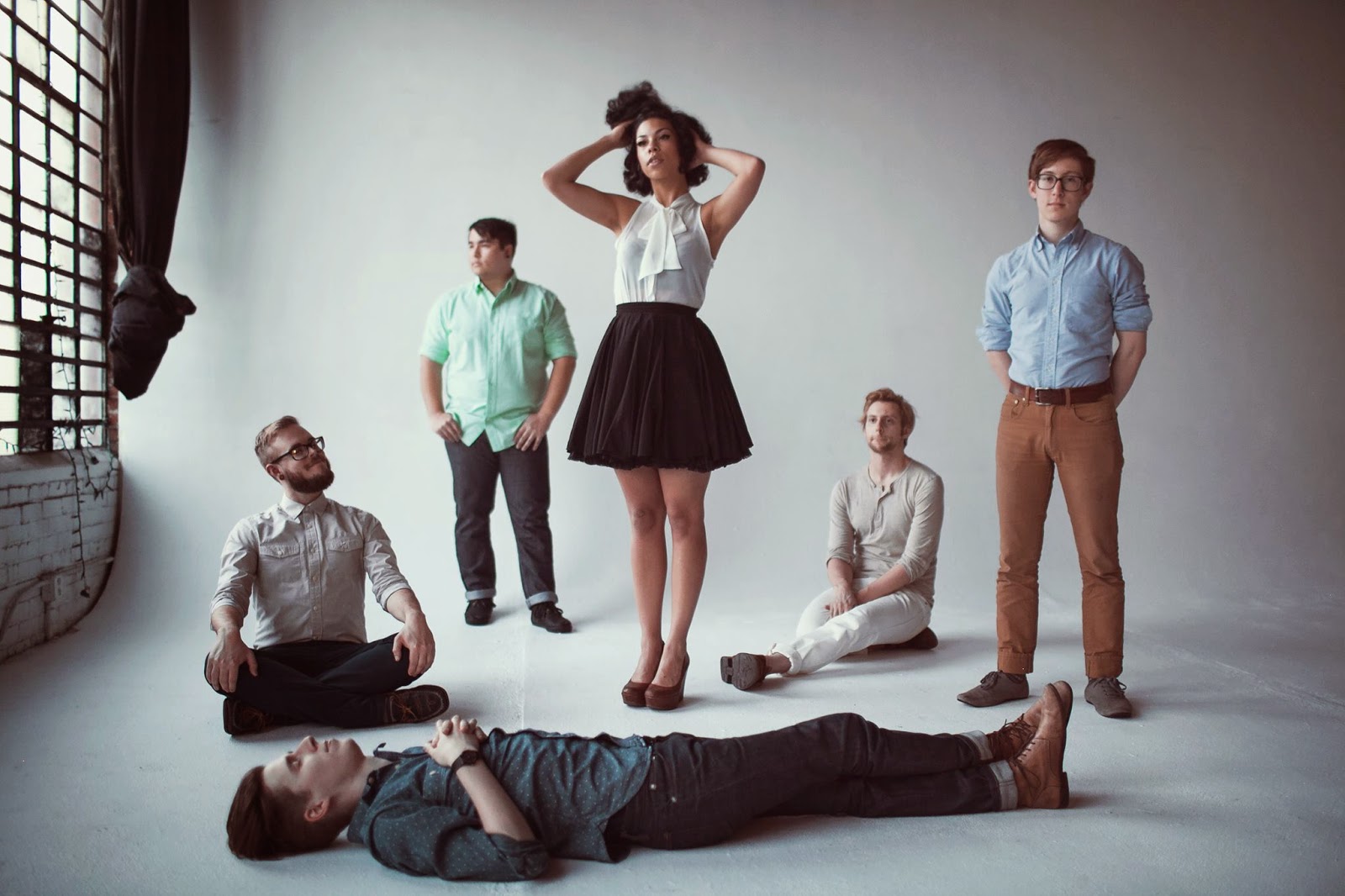 PHOX.  It’s an album and a band, and both have given me goosebumps.  Literally.  Like I was listening to the album for the first time and I had a physical reaction to the beauty of what I was hearing.  PHOX the band is a six-piece indie pop ensemble from Baraboo, Wisconsin, consisting of Jason Krunnfusz, Monica Martin, Matthew Holmen, Zach Johnston, Matteo Roberts, Davey Roberts.  PHOX the album was released on June 24, 2014 and consists of 12 melodious works of art, at times folky, at times funky, and at all times lovely. 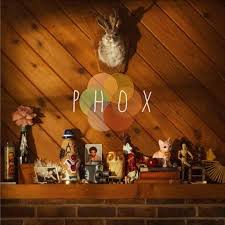 I enjoy this whole album, but I’m going to hit the highlights here: the first song, “Calico Man,” begins with Monica Martin’s hauntingly smoky voice singing “Calico Man don’t you worry/I have to drop your hand/As I have to leave the city/But I’ll like to come again,” accompanied by a staccato
bass; the song is made of those two instruments, simple, but not spare.  The next highlight is “Slow Motion,” a groovy piece replete with banjo, happy whistles and handclaps, a soaring reverb-y guitar flourish or two, and a clarinet solo (and being a clarinet player for half my life, this totally rang my bell).  “Noble Heart” begins with a delicate piano playing a music box-like tune, and features another clarinet solo or two (yes!) and a guitar solo mid-song that would make Brian May smile.  My favorite on the album is “Evil,” has to be the sweetest-sounding song about a two-timer I’ve ever heard, as Monica Martin sings “Face deep in between my best friend’s knees/Telling me that you don’t want to hurt me/And I just can’t believe that any word/Falling off your plain lip isn’t unclean.” Her voice dances, flows, and winds around the music, blending effortlessly; her voice is truly a phenomenon, and the band’s mix of instrumentation is the perfect setting in which that voice can shine.  The rest of the band is not to be overlooked though; the music here isn’t just music, and these songs weren’t just written, they were composed.  The attention to detail in featuring and placement of the instruments in each song is incredible, from the  delicate bird-chirping triplet pulses on the flute in “Kingfisher,” the brassy trumpet in “Evil,” to the short banjo scratches that provide emphasis for song lyrics at just the right time.  I listen to the album in my car with the windows down, and stick my hand out to feel the breeze run through my fingers; PHOX by PHOX provides the perfect soundtrack for summer.

PHOX will be in performing in the Music City tomorrow night at the High Watt, and then will continue on with their tour with dates in Alabama, Georgia, and North Carolina.