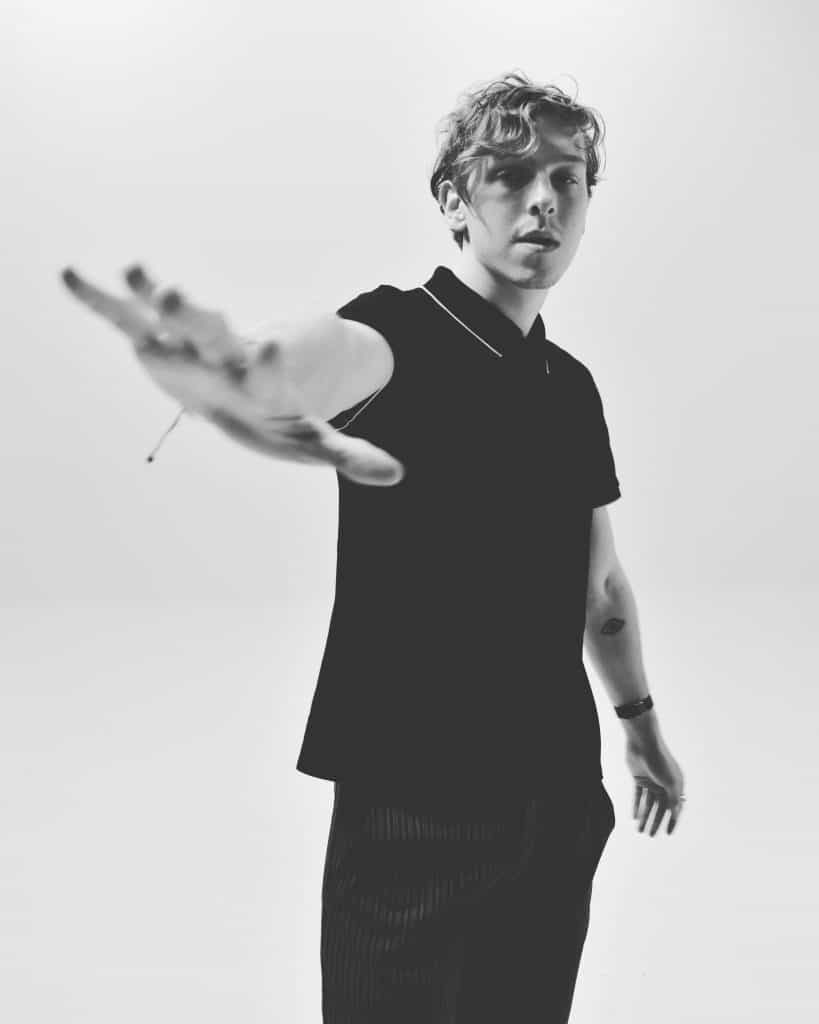 Technology is so awesome – until it’s not. As I sit here with a strained neck, eyes bleary from staring at my computer screen, sore wrists, and the inability to get away from the constant barrage of information which wreaks havoc on my emotions on a daily basis (which is totally my fault as I have a serious and perpetual case of FOMO), I think back to my only mildly digitized childhood with a sigh (I’m choosing not to remember the serious bowl cut and enormous pink-framed glasses foisted upon me by my well-meaning parents). It’s common for folks my age to long for that time when phones weren’t an appendage, but rather, appliances attached to extremely long and curly cords so that you could grab the phone and drag it all the way down the hall into your bedroom for serious chats with buddies – but it’s so refreshing when younger folks say “enough is enough y’all.” Cue “Big Technology,” the new single from Austin Ward.

“I’m just a burnin’ youth, flyin’ too close to the fire. Someone take the remote,” is his battle cry –  a plea for change and a shift in our collective perspective. “‘Big Technology’ speaks to the restless passion of my generation; our will to fight for what we believe in, for our own truths, and for the truths of others,” Ward tells us. “It also speaks to disillusionment with and detachment from our current reality. There’s an element of catharsis at play here that is apt for the historical and incredibly vital times we are living through — shedding that which does not serve us and screaming from the rooftops for the values that do.”

“Big Technology” is built upon a multi-layered sonic landscape, like the soundtrack for a digital showdown in the dusty streets of San Jose. It’s impossible not to feel all the things when you hear Ward’s emotive voice; as the song intensifies, it shakes something loose in the soul, and that’s only a good thing.

Since we’re now Austin Ward superfans, we asked him to give us a glimpse into his influences, and he kindly obliged. “The playlist below captures the music I turn to in times of release, introspection, and dynamic change,” he says.” It is a collection of songs that will make you look inward to release outward.”

The playlist features tracks from his favorite artists, and of course, “Big Technology” kicks off the fun. Don’t miss this one!