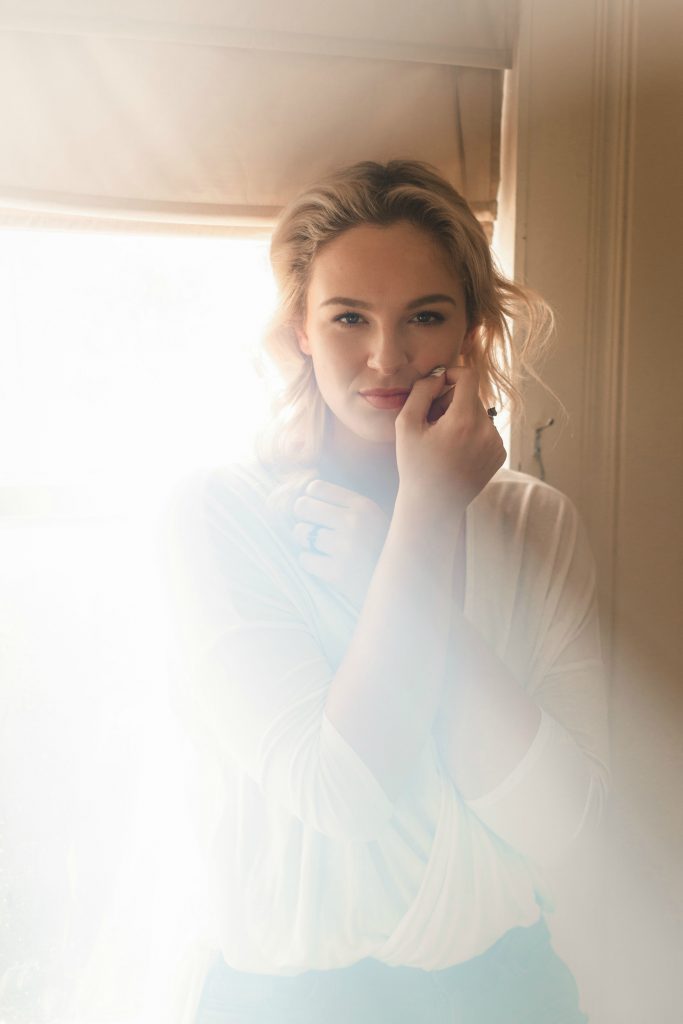 “I started singing before I could even talk which is so funny,” says Kentucky-raised, Nashville-honed, Los Angeles-based alt-pop artist Kensington Moore. “Recently, my parents moved; there was a box full of stuff from when I was a baby, and we found a tape recording of my singing from when I was two years old. I literally started recording and performing at age two.” Moore, who was raised in a musical household, fell in love with music at an early age. “It just became a part of who I am,” she adds. “I didn’t know that it wasn’t normal to come home from school and miss football games to sit in my bed and play guitar and write songs.”

At the ripe old age of 10, Moore started a band with two other kids. “We did country music, and that was the first legit thing I’ve ever done,” she recalls. “We’d go out and perform and we went to Nashville to record. I was figuring myself out.” Moore realized she had an affinity for pop music, and after a stint on The Voice, she began spending time in Los Angeles, traditionally seen as the main incubator for the pop scene. “It just opened my eyes to a whole new world. I always want to have my Nashville roots. I think that’s one thing that maybe makes me a little bit different in this LA crowd.”

Though Moore calls Los Angeles home, she regularly travels to Nashville to write, which for her, is the best of both worlds. “I feel like Nashville will always be home, but at the end of the day, but both cities have amazing things to offer,” she says, acknowledging that Nashville is home to some of the best songwriters in the world and that Los Angeles is the hub for some of the world’s most innovative producers.

Recently, she released “Slow,” an emotional single that helped her process the loss of a love and her inability to move on from it years later—something we all experience, but are largely embarrassed to admit to and talk about openly. “Why do I miss you…I know that time’s supposed to heal, but this feels so slow,” she sings, recounting memories of the relationship that have clung to her heart and refuse to let go. “It’s pretty sad,” she admits of “Slow.” “About three years ago. I met this guy. I fell in love with him and I’d never fallen in love before. I had no idea the impact that love can have on your life in a good way and a bad way. Things didn’t work out, so much time had gone by, I just felt so stupid for still missing him,” she says. “I didn’t know how to explain it. One night I was in my room so upset, I don’t really remember what triggered it. Two years had gone by and I’m just like ‘Why am I still sad? This pathetic. I don’t know what’s wrong with me.’

I got out a notepad and just like wrote down all of my feelings. It actually was kind of like a messy poem. It’s really cool to see the progression of how it started as a bunch of random words and thoughts and feelings and then transitioned into a song,” she continues. “It’s so vulnerable, and as I said, I was feeling stupid and embarrassed and didn’t want to have to admit that to the world. But, my heart was broken and I wrote the song.”

A few months later Moore had a show in Atlanta and decided to play the song on a whim to, as she says, “get it out of my system,” hoping that publicly sharing her feelings would help her move on. She barely made it through the first chorus before she began to cry on stage. “That’s the song that stood out from the whole night, that’s what people remembered at the end of the show,” she recalls. “When people came up to talk to me, that’s what they wanted to hear again. Something changed that night. I was like, ‘You know, maybe being that real and honest is okay and sharing that brokenness is okay. Heartbreak is something that we all experience at some point in life, and a lot of times I’ve had trouble finding a song that I could relate to that explains my emotions, so I wrote one. Eventually, I guess you just have to trust the timing and if it’s meant to be it will be—but you’re not crazy for missing someone you fell in love with,” she says. “I guess sometimes you can get something good out of a broken heart.”