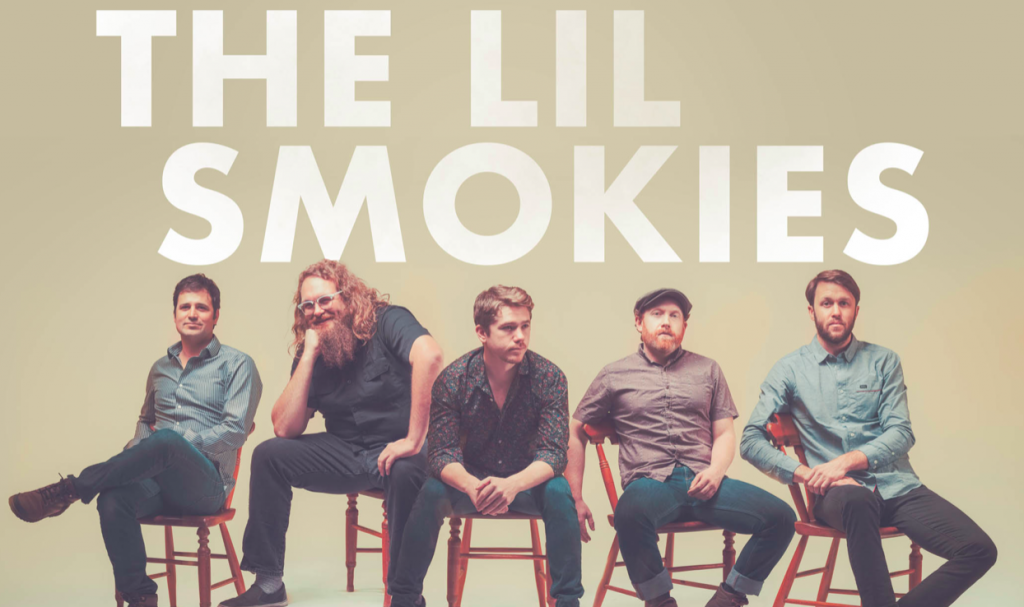 Eo8 is super pumped to present The Lil Smokies at The High Watt on Wednesday, October 3rd! Nashville’s own emerging Americana band Roanoke is set to provide opening support. Every day leading up to the festivities, we’ll be featuring the bands and giving away free stuff, like tickets to the show! Head on down to the bottom of this post to enter to win a pair of tickets to see these two amazing bands work their magic. And don’t worry, we aren’t going to poach your information and send it to the Russians, we just need a way to find you and let you know you’re the lucky winner!

Here’s a little background for you, beloved readers:

When people see The Lil Smokies setting up their acoustic instruments, they’re often unprepared for the electric energy they generate. The band captures that same dynamic presence on their new album, Changing Shades, delivering their exceptional songwriting and bluegrass roots with the punch of a rock band.“We wanted to duplicate the energy of our live shows. It’s a perfect mixture of improvisation and composition. The record shows how fearless we’ve become in the last year,” says Andy Dunnigan, lead songwriter, singer and dobro player. They cut Changing Shades in a lighthearted, week-long session at SnowGhost Music in Whitefish, MT with engineer Brett Allen (The Avett Brothers, Kris Kristofferson, Béla Fleck) and co-producer Rob Gordon (Elephant Revival). “It was a breeze,” Dunnigan says. “Rob got us to focus on what makes each song special. We refined and recorded them live, together in one room, just like on stage.”

The first incarnation of The Lil Smokies got together in Missoula, Montana, during the winter of 2009. Through the years, the band transformed and settled into the current lineup – Scott Parker on bass; Jake Simpson on fiddle; Matt Rieger on guitar; Matt Cornette on banjo and Dunnigan on dobro. Previously, the band has won the 2015 Telluride Bluegrass Band competition and took home the 2016 IBMA Momentum Band of the Year award. They’ve also wowed fans at the High Sierra, FreshGrass, Telluride Bluegrass, Grey Fox, Del Fest, Floyd Fest and String Summit festivals, to name a few.

Roanoke is a rising folk/Americana band formed in/based out of Nashville, Tennessee. Lead by Joey Beesley (lead vocals, guitar) and Taylor Dupuis (lead vocals), the two come together to create rich harmonies and unforgettable songs of love, heartbreak, and exploration.

Get in on these tickets y’all! If you refuse to accept free merchandise, here’s the ticket link for you to purchase entry into the show: https://www.ticketfly.com/event/1724529-lil-smokies-nashville/

For you financially savvy folks, enter here–winners will be chosen and announced by 12:00pm CT on Tuesday, October 2nd: