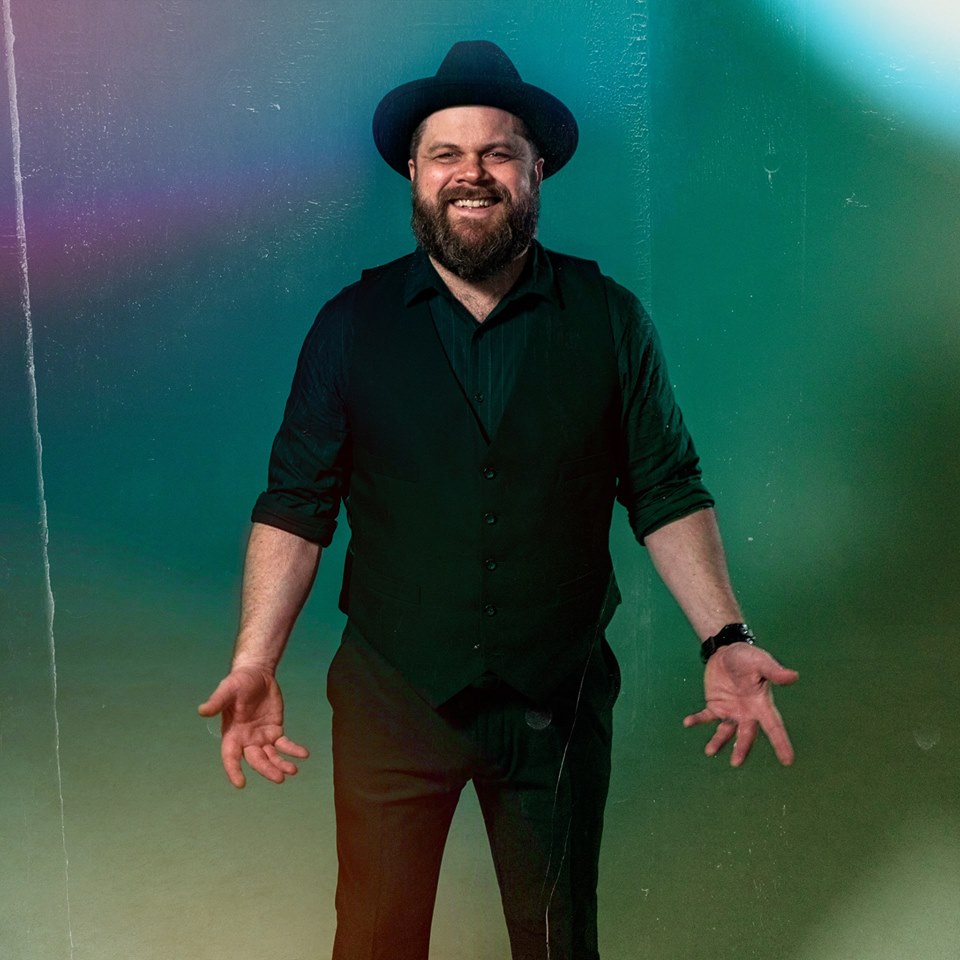 I’ve been told all my life, ‘Oh, you should be a singer.’ I’ve never thought of anything else,” says Nashville-based artist Devon Heath, who will release his latest EP, Gathering The Good, on August 3rd. As it goes, Heath’s path has been a long and winding road, one that began in a tiny town in West Texas.

“I think I would have to credit my dad with teaching me how to sing,” he recalls. “He would sing so loud while he was leading church, we went to a Church of Christ and there were no instruments–he would sing so loud that it would always peak the PA system. He taught me how to sing with my diaphragm. I think it was more of an influence than I realized at the time because I look back now and I remember being mesmerized by the different vocal parts going on in those hymns. The congregation was the choir.” Heath put on plays for the neighborhood with his brothers, “Probably out of boredom,” he says with a laugh. “We would put on these elaborate plays with sets, my oldest brother would write scripts and direct.” Writing poems and constant singing culminated in ejection from his fourth-grade music class. “I wrote a song called ‘Bad B.O.’ It still bugs me too! That music teacher should have been like, ‘Son, you have a talent!’” he laughs. “It was a pretty clever song, man. It was pretty good.” Heath spent hours and hours recording songs on an analog 4-track recorder, crafting his “first” record as a kid. “We lived in a little bitty town and there just wasn’t like I didn’t know any other musicians. I don’t know. We had a local radio station that played old-school country music. The nearest town had a classic rock radio station and that was pretty much my exposure music at that time. It was all very whitewashed and kind of vanilla,” he says. “It was a solitary kind of life.”

After graduating a year early from high school, he set out to pursue his dreams and landed in Texas’ music mecca, Austin. “I played my first ever public performance in a little coffee shop there; I had this 4×12 bass cabinet and bass head that I plugged my acoustic guitar and microphone into. The coffee shop owner was mortified,” he laughs. “There’s no telling what that sounded like.” After stints in country and rock bands and a dive into solo acoustic projects, he never felt like he’d found his sound. “The economy went to shit and I lost my little business that was supporting all of this. My wife and I had wanted to come to Nashville for a while, and I felt like I could pursue songwriting there. We were like, ‘Well, we’re going to be starting over whether we do it here or not.” In 2010, Heath packed up his family and moved to the Music City.

“A month later, our daughter, who was four years old at the time, had been sick. We could just tell she didn’t feel good,” he recalled. “It got progressively got worse.” What doctors initially diagnosed as a virus was, in fact, a rare form of leukemia. Rounds of chemotherapy and treatment at Vanderbilt University Medical Center became life’s focus; after a risky bone marrow transplant, Heath’s daughter began to recover and is now considered cured of the disease.

“We never felt alone in this town. ln that emergency room, the first thing I remember is one of the nurses coming to us with a blanket that was signed by the life-flight helicopter pilots. Everybody just started to rally around us, total strangers, I had never been a part of anything like that, that kind of love and selflessness. We never felt like we were in a strange city with no friends,” he remembers. “It changed my perspective. I never wrote a song the same way again. It got me out of my head. I didn’t want to write sad songs anymore. I write a lot of songs that are influenced by the blues, but I don’t write the blues. How can I after such a devastatingly beautiful experience, you know? I like the idea that you can treat the people that you come in contact with in your personal life with love and respect and dignity, you know, and that’s what will change the world. When I feel helpless, I always think, ‘Here’s what I can do. I can be a good husband to my wife. I can be a good father to my kids and I can be a good friend of my friends and I can be a good stranger to strangers.”

That sentiment is beautifully relayed on Gathering The Good; with hints of vintage soul, Motown, and good ol’ fashioned rock n’ roll supporting Heath’s hearty, barrel-chested vocals, this album is the sound of freedom. “Everything is continuing to evolve,” he continues. “I enjoy this. I think the sound is good. I also, thankfully, have come to the conclusion in the past three years that I do want to do this. It’s about stripping away the expectations of other people or even expectations you put on yourself, and just making good music with good people. I feel like people make the best music when they get to that point. I still think there’s tons of room to grow but I’m definitely excited to be here and I feel like I’m on the right path with my intentions and emotionally and psychologically. I’ve got healthy kids. I’ve got a wonderful wife, and great family and friends,” he adds. “It’s awesome.”