Whether it’s from the awe-inducing first year at the festival when the true magic and spirit of the experience washes over you for the first time, the memory of a one-of-a-kind show, the gathering of friends old and new, the head-clearing moments of pure musical joy, or the wild combination of all the above, every Bonnaroovian has a story about what makes the festival so special.

Many of my favorite memories from my seven years on The Farm happened on the fest’s opening Thursday. It’s a day spent settling in, seeing the updated ambience, meeting your weekend neighbors, and checking out rising artists which take center stage (or tent) to get the festival started.

With immense critical acclaim and word of mouth buzz swirling around Nashville-based Philadelphia indie rocker Ron Gallo, I was excited that his set at That Tent was my first stop of the weekend.  I was also a bit surprised that his set was so early in the afternoon.  Only a few minutes into the show, I realized the early set time was a blessing as the crowd was sober enough to appreciate Gallo’s anti-rockstar rock-star persona, as well as have enough energy to keep up with his fiery, head-nod-inducing guitar solos. A walking yin and yang of an artist, Gallo used sad sounding words to impart optimistic thoughts, he played modern scorching guitar surrounded by a classic rock sound, and he added bluesy notes to a straight-up rock show.  By the time he ended his set with his hit “Young Lady, You’re Scaring Me,” he had the crowd locked on his every word and move. 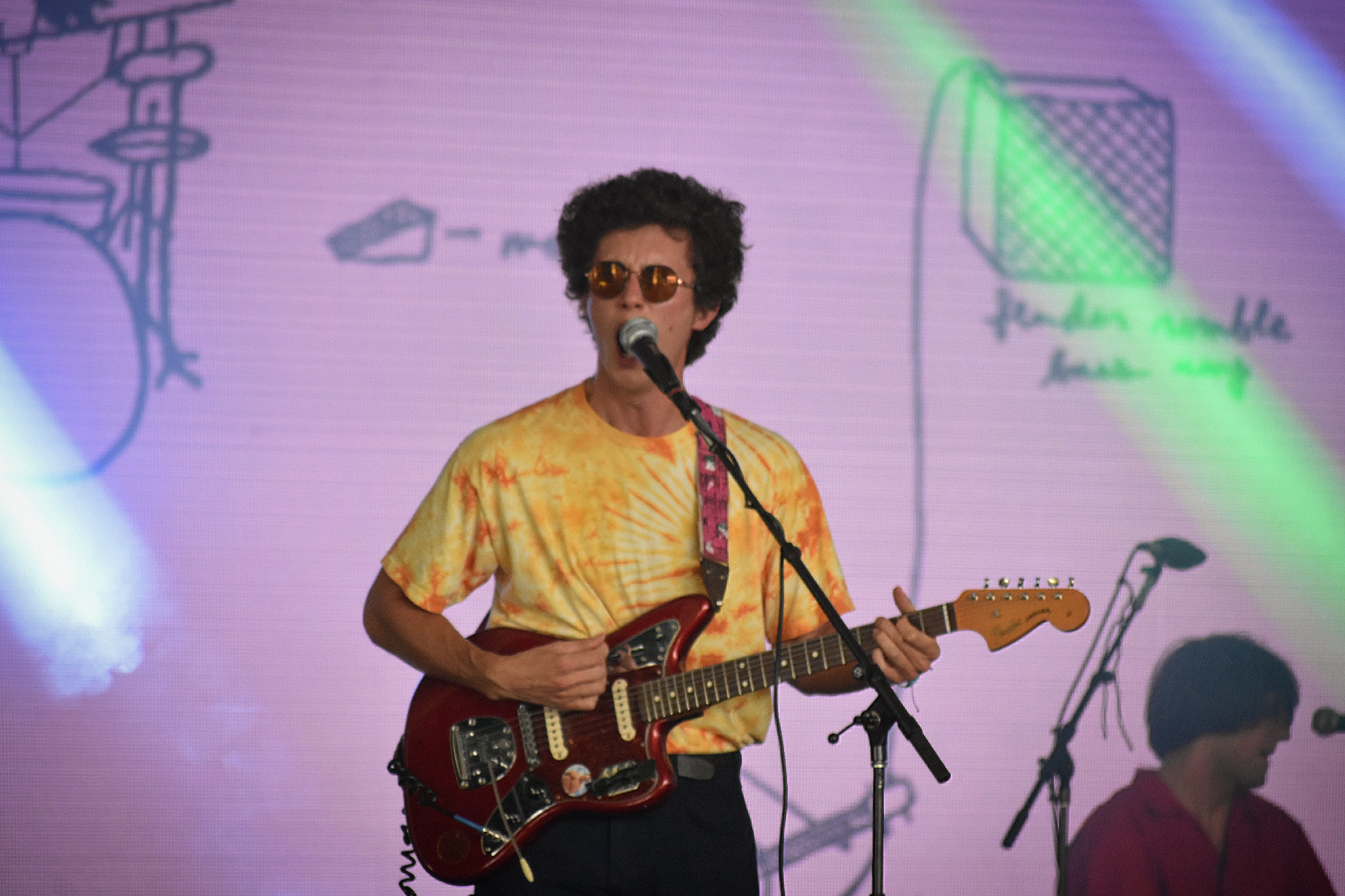 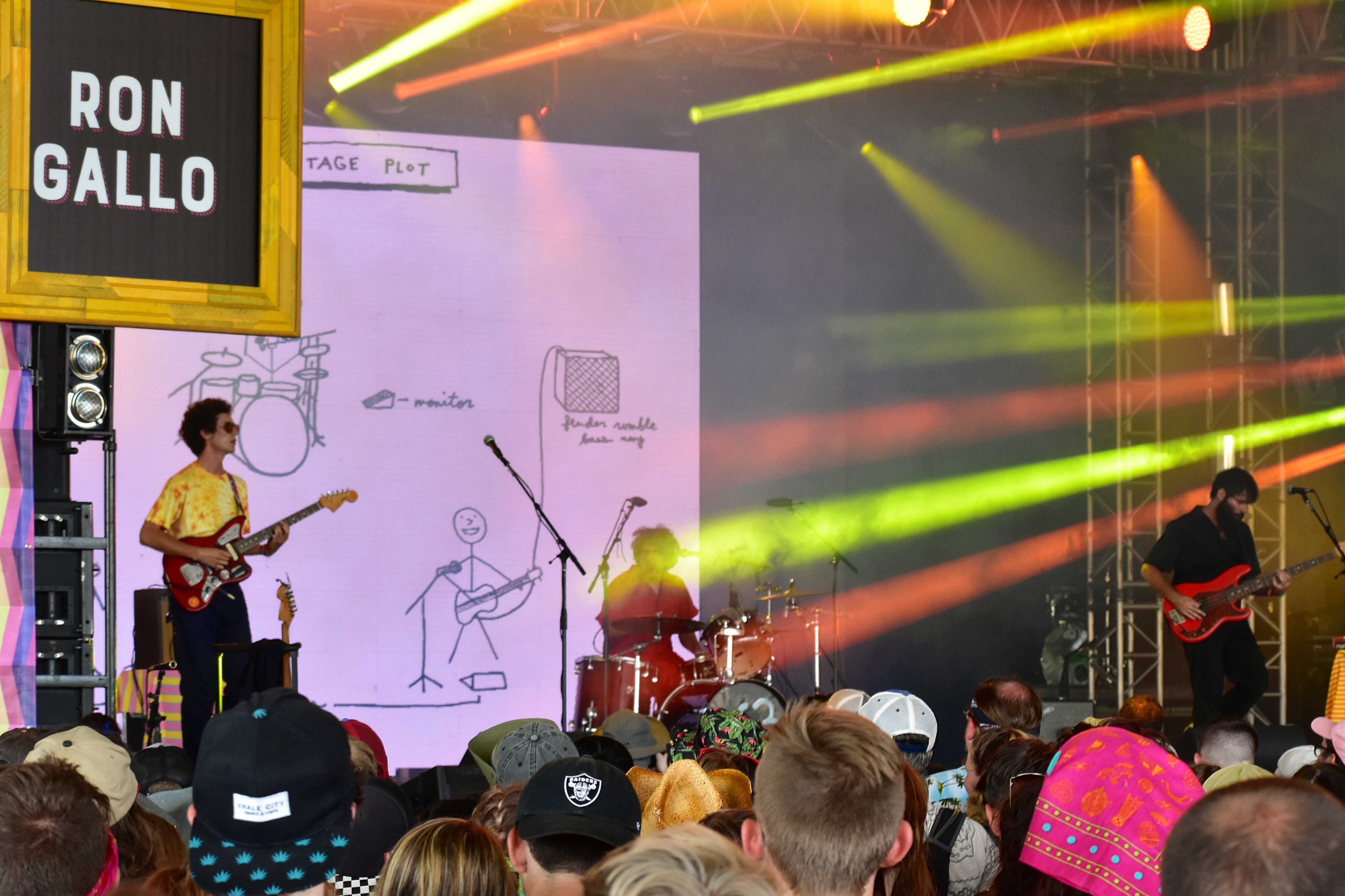 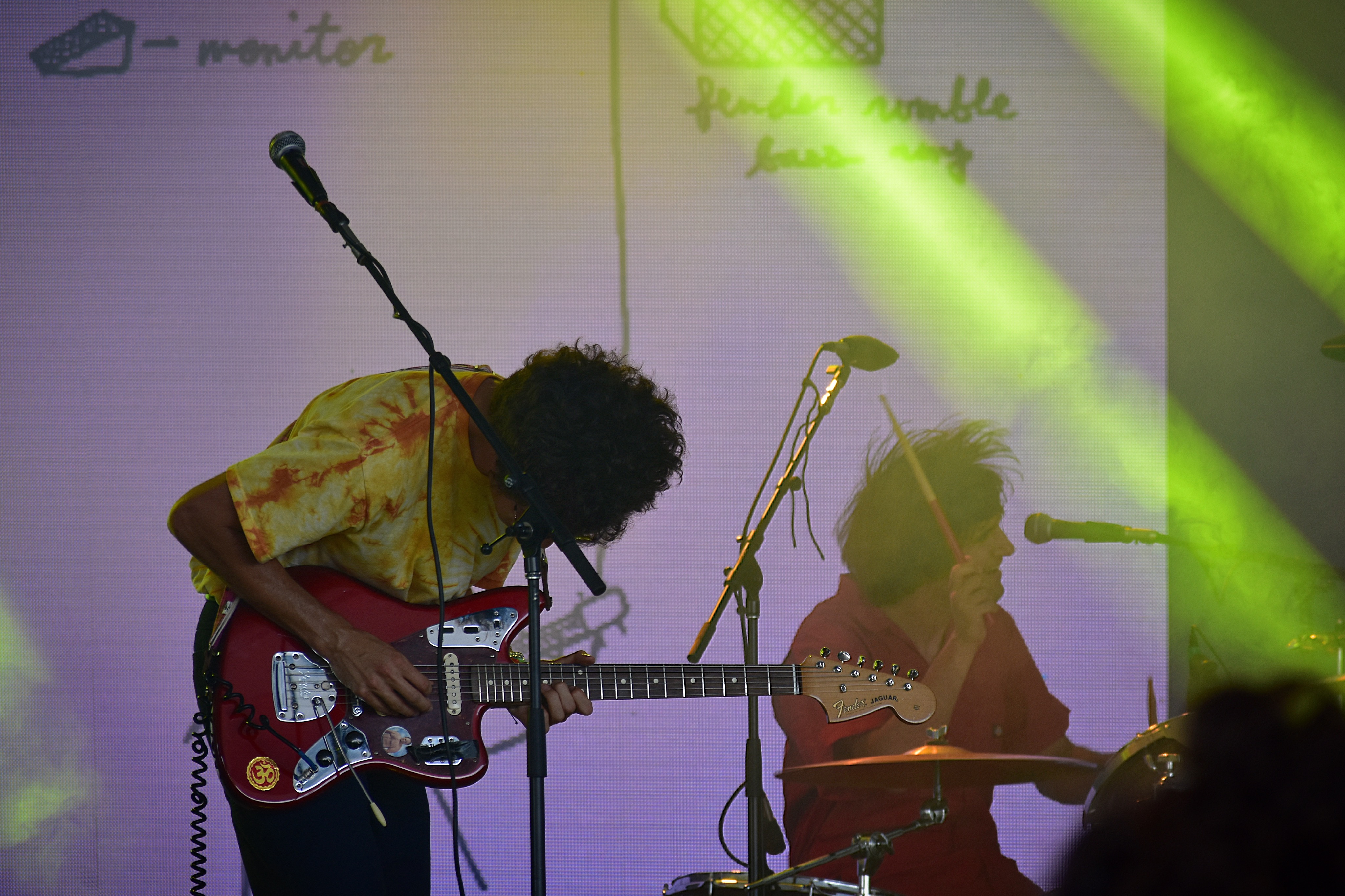 One of my favorite places to be at Bonnaroo is the annual New Music Lounge that has given so many artists their first chance to play on The Farm. Moving from the harder edges of indie rock to the more pop and garage rock-blended side of the genre, I found that Oregon rockers Flor already had the New Music Lounge bouncing to an unrelenting drum beat and the hum of guitar.  With an upbeat, Walk The Moon vibe, the band gave an overflowing crowd the most clap-along inducing set of the weekend. 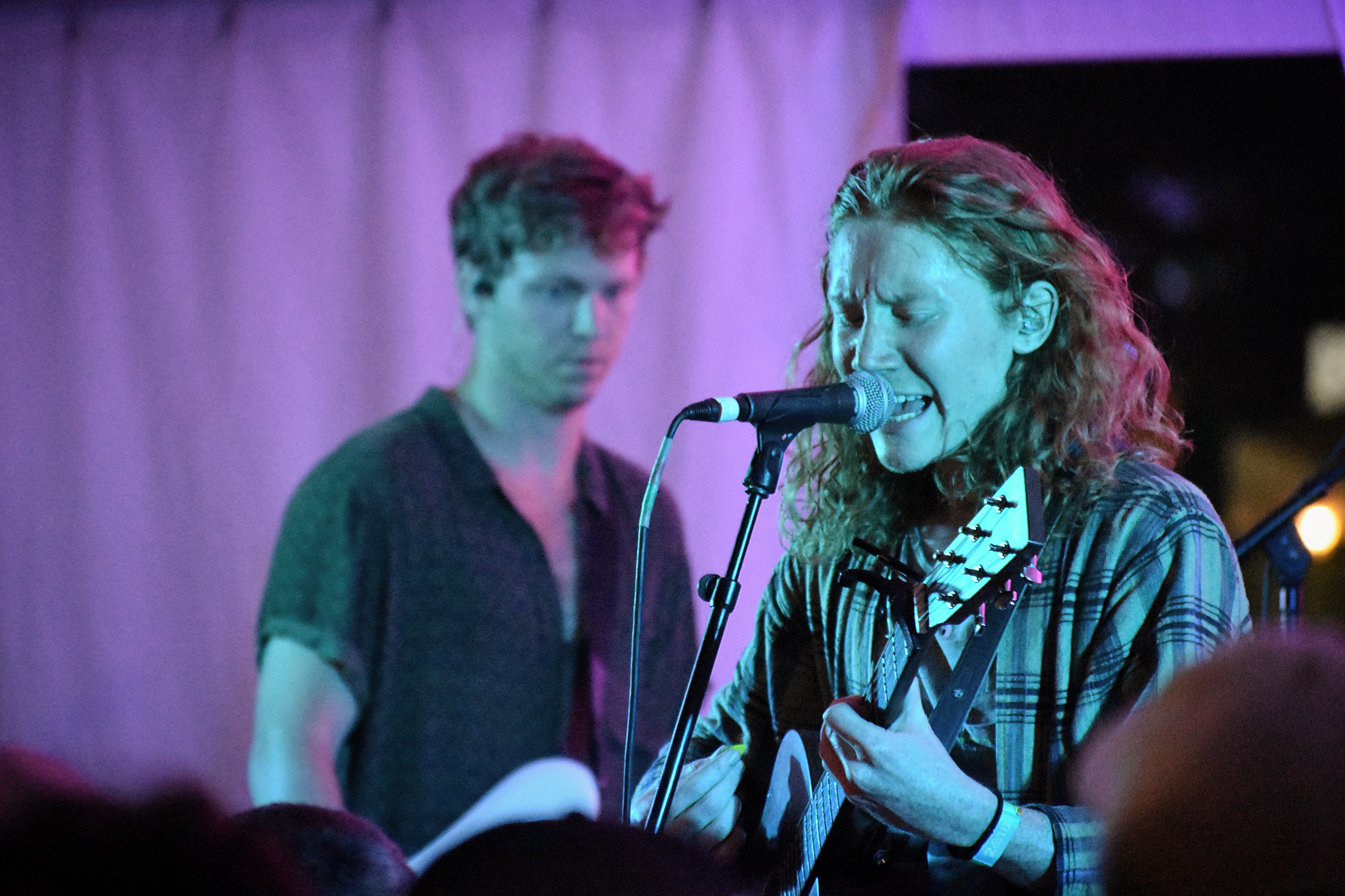 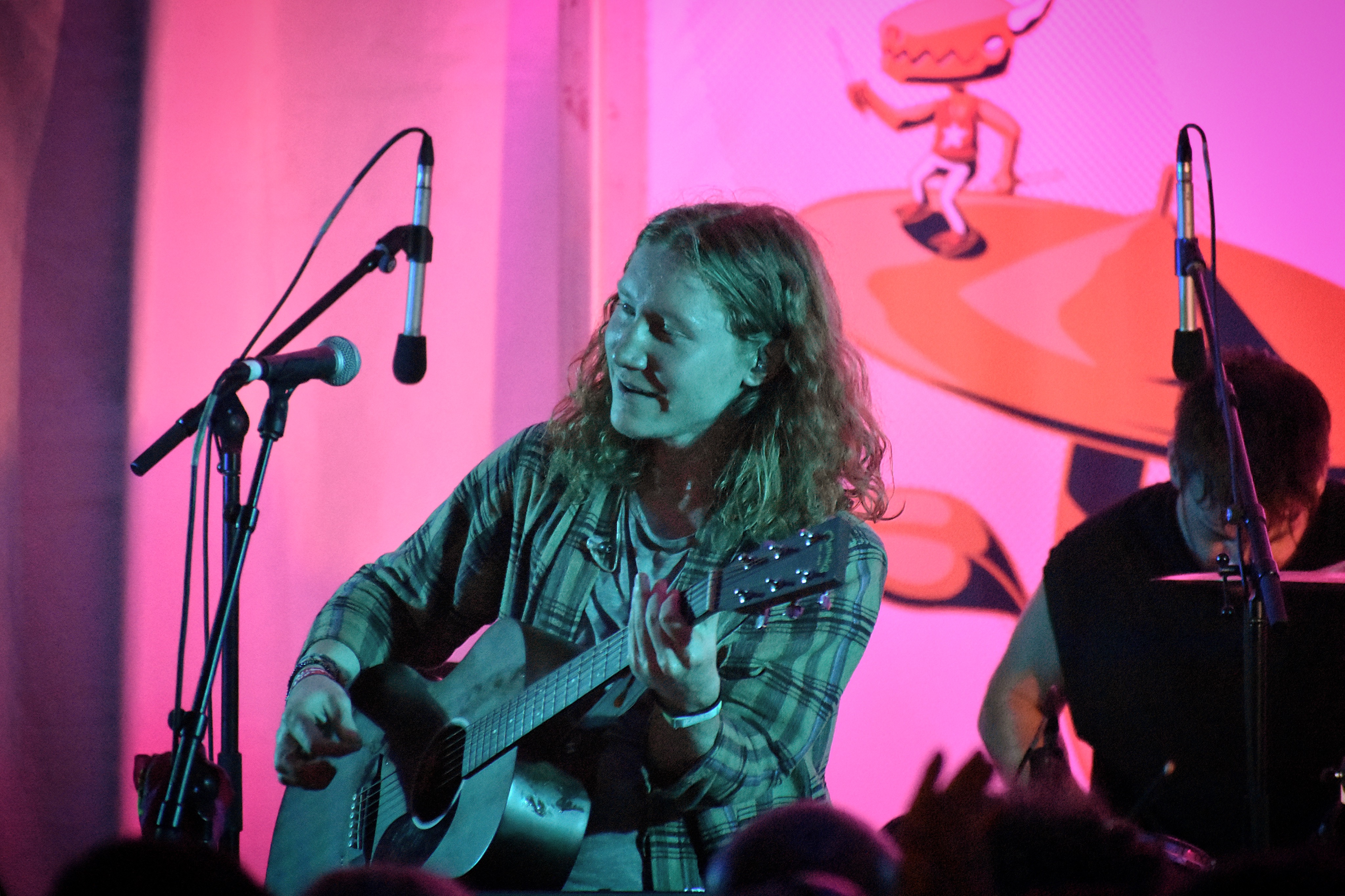 At the Who Stage, another of my frequent new-music haunts at the festival, a thick crowd had already formed waiting for Oliver Hazard.  While we learned that the group does not actually have anyone in it named Oliver, we also learned that the band had plenty of anthemic folk-rock forward Americana to keep the crowd moving for the entire set. With up-tempo acoustic guitar melodies accompanied by a foot-stomping beat, the band inspired an impressive amount of dancing in the crowd, in pairs holding each other close, groups kicking up their feet, and even the lone shoulder-swaying fan. 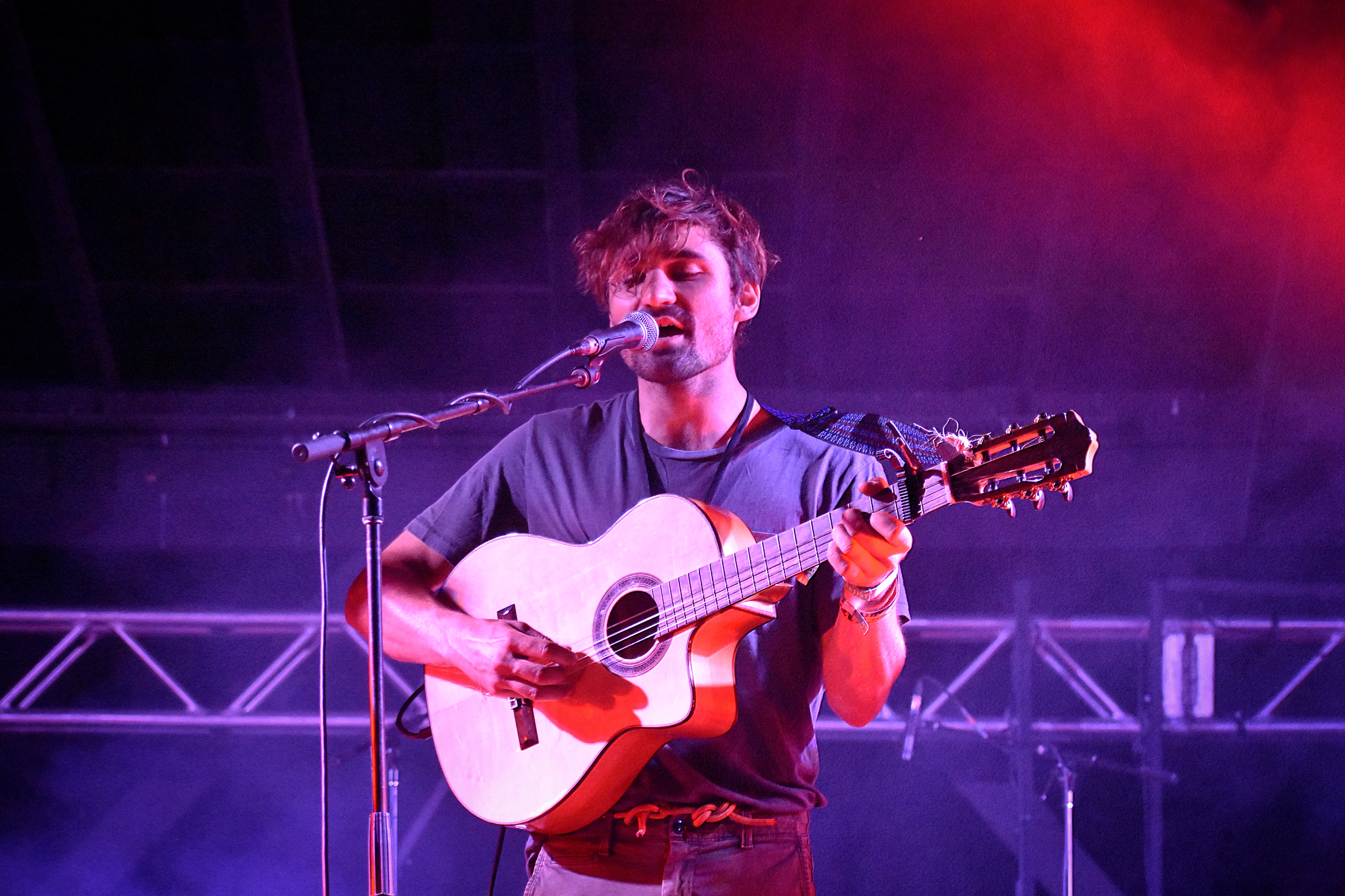 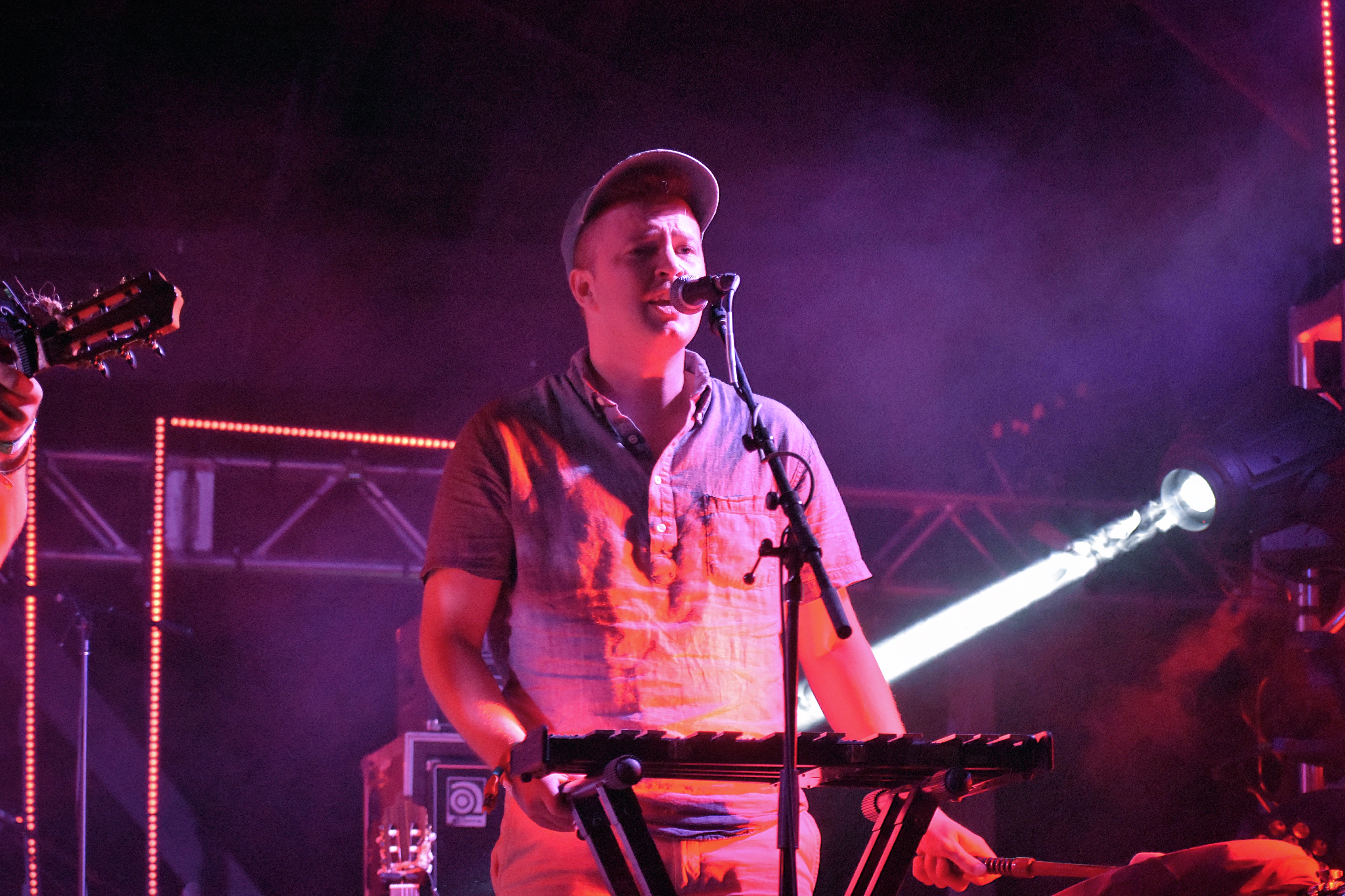 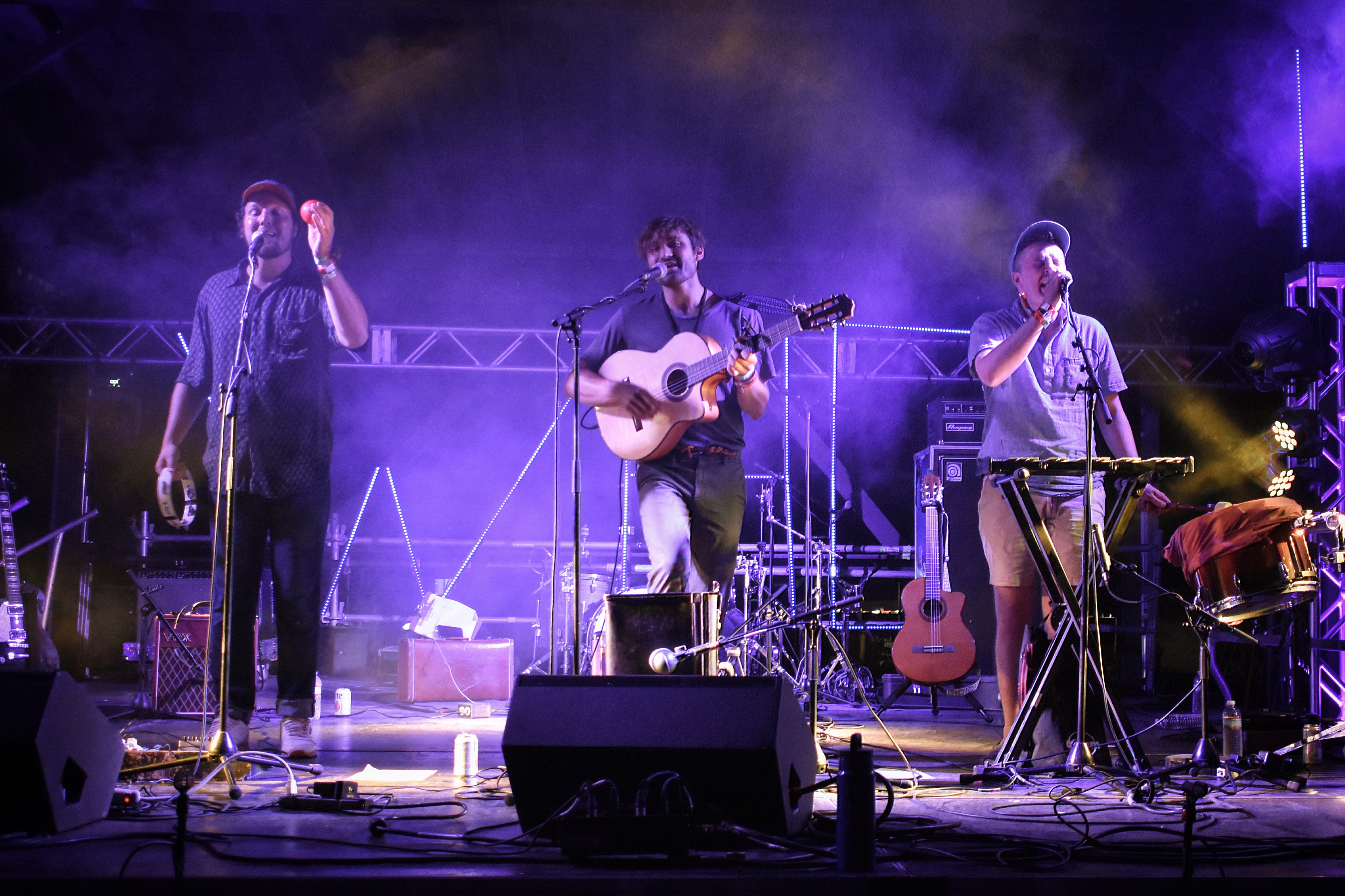 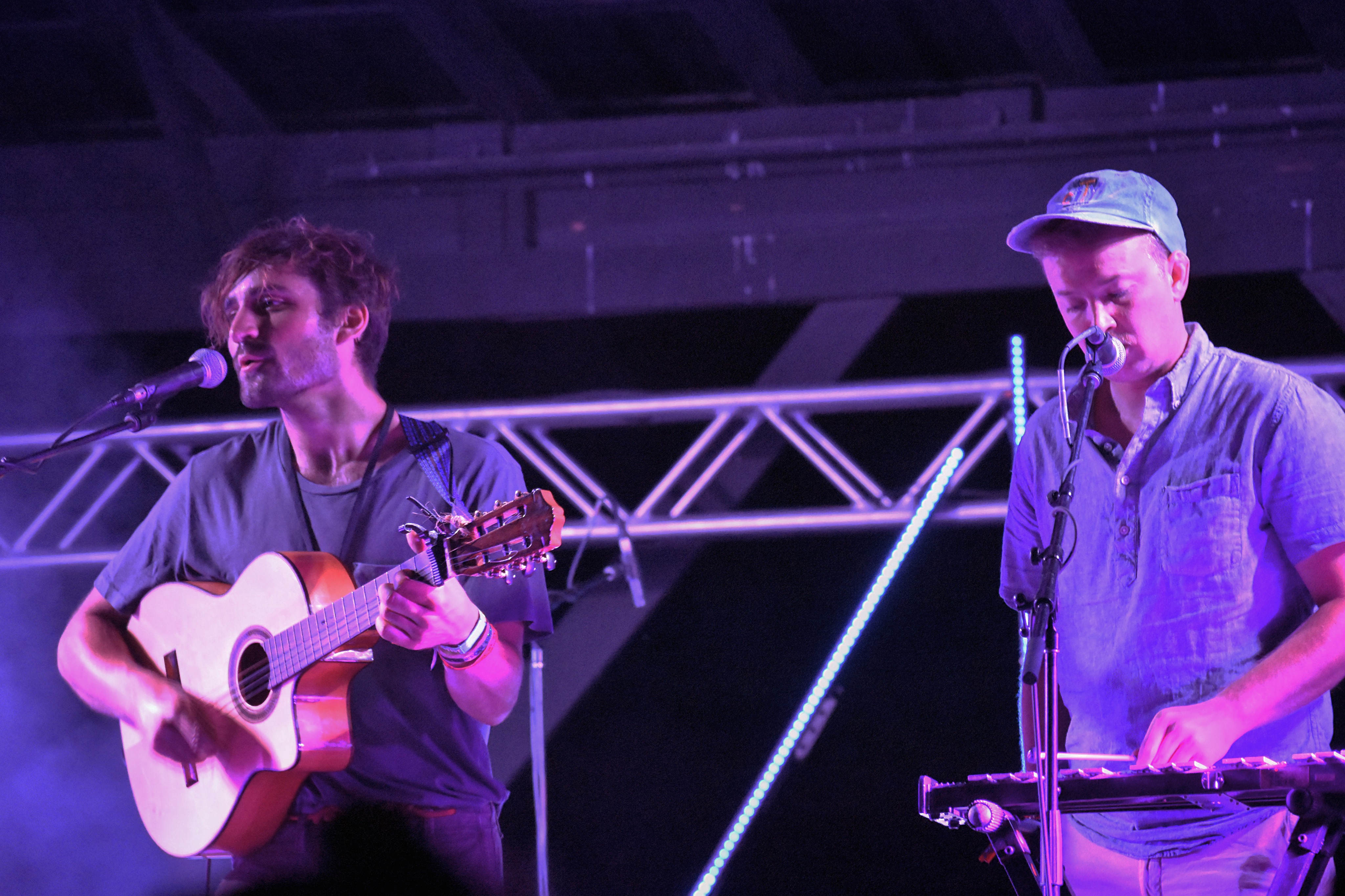 As the sun officially set on the first night of Bonnaroo, rising folk/Americana artist Jade Bird brought her blues-influenced take on the genre across the ocean from London. Taking the stage accompanied only with her acoustic guitar, Bird employed her dynamic vocals and storyteller spirit to quickly win over and silence the amassed crowd. Beyond her clear vocal gifts, Bird carried a sense of joy in her performance that allowed an easy connection to be with the audience. She proved once again that shows are so much more enjoyable when the artist loves what she is doing and can make you appreciate musical moments as they unfold. 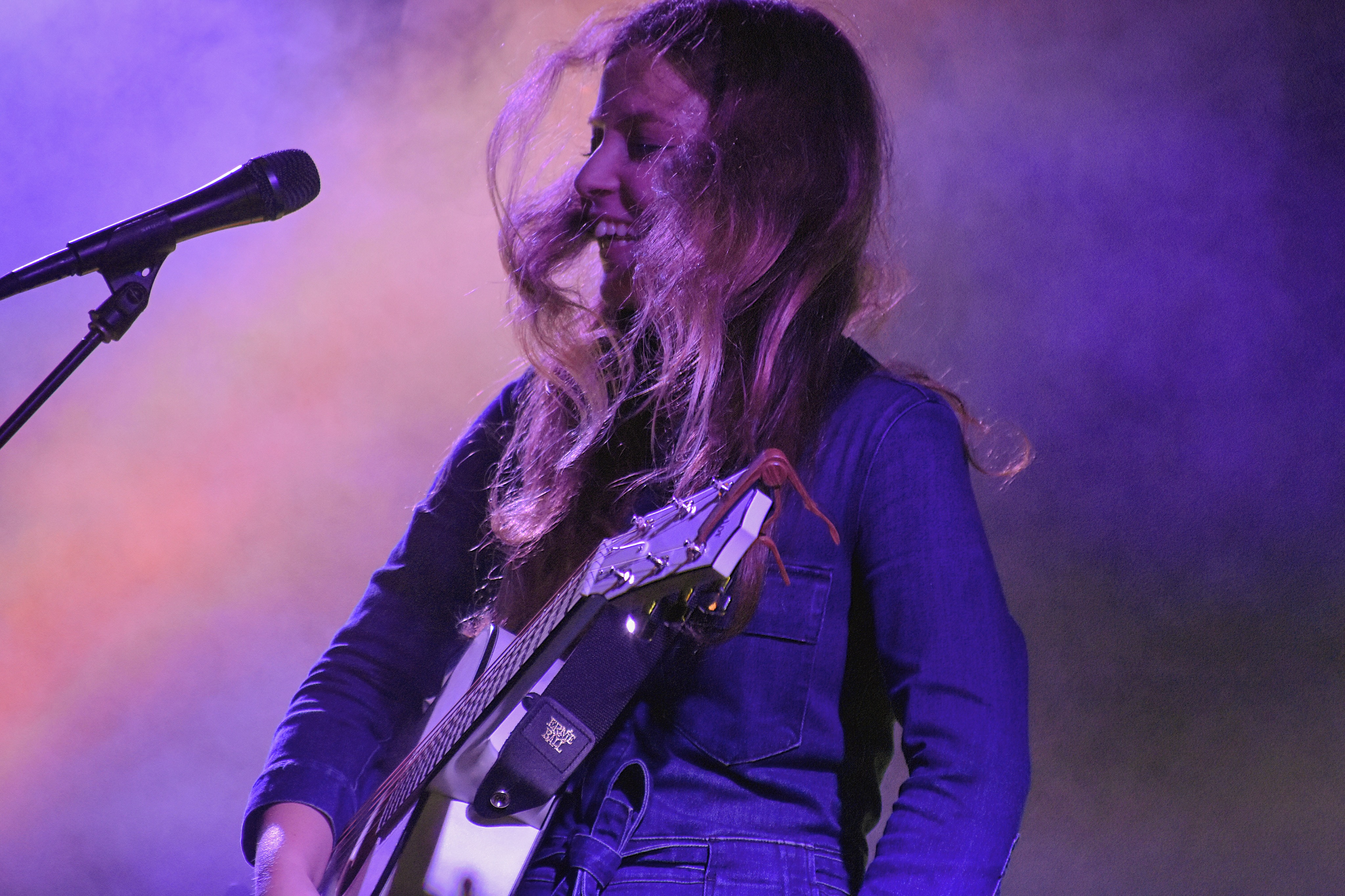 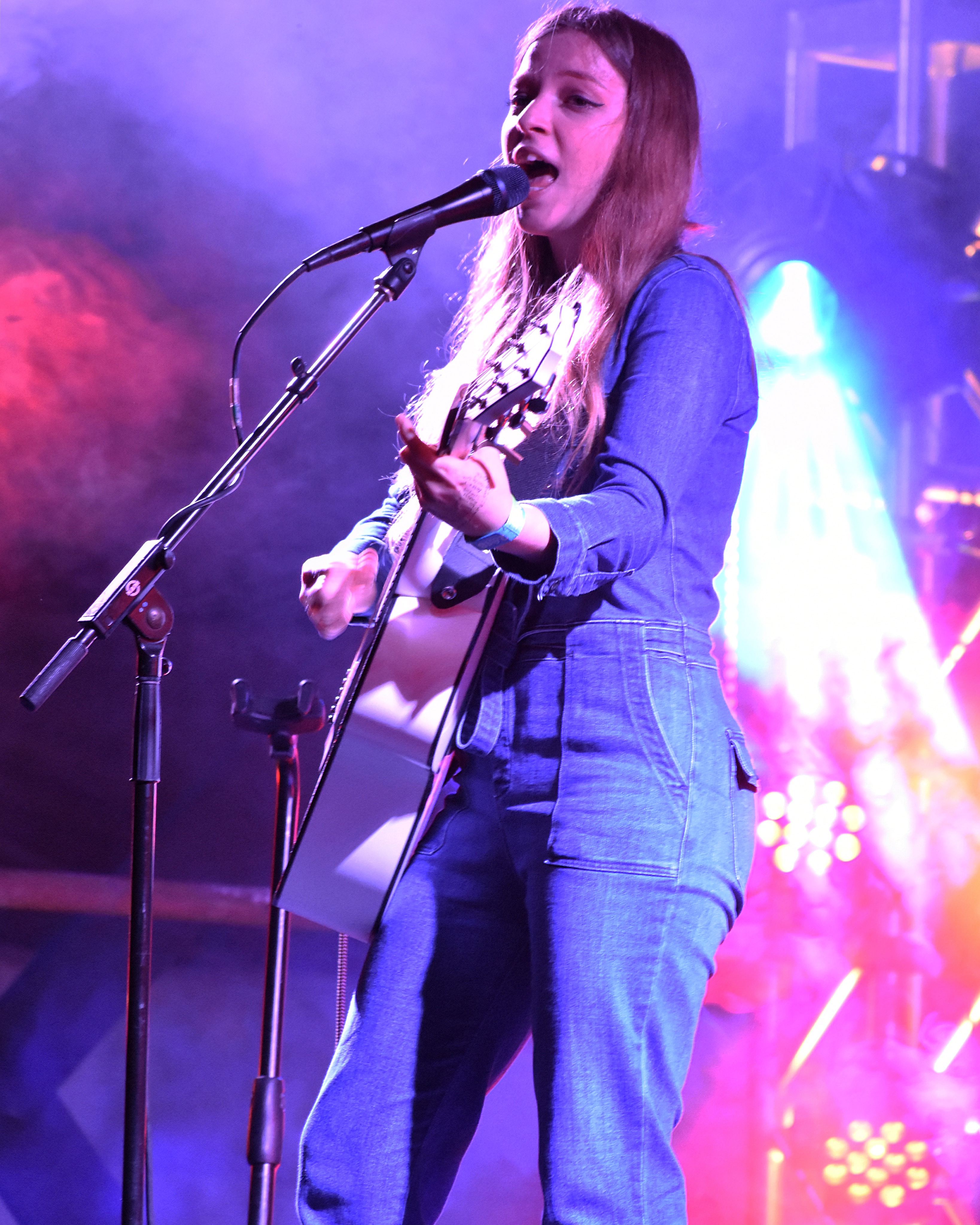 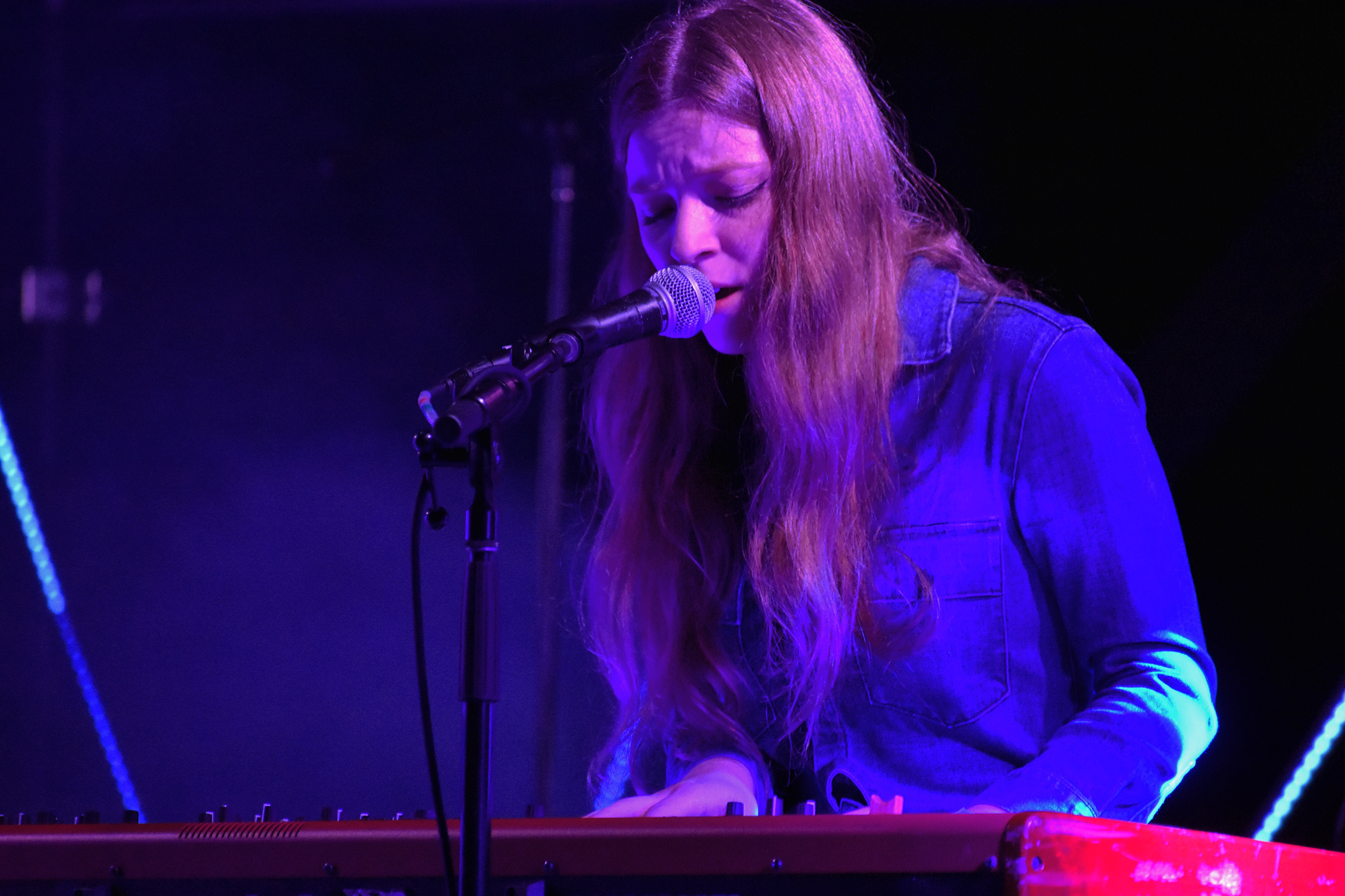 With the help of a few more energy drinks, I could have stayed up for many more hours of music that would have stretched into early Friday morning.  However, with hard lessons learned over time, I remembered that Bonnaroo is the textbook example of the cliché marathon-not-a-sprint experience.  With new memories from 2018 already taking their place, it was time to call it an early night and prepare for the more than 12 hours of music on the horizon for Friday at the 2018 Bonnaroo Music and Arts Festival.