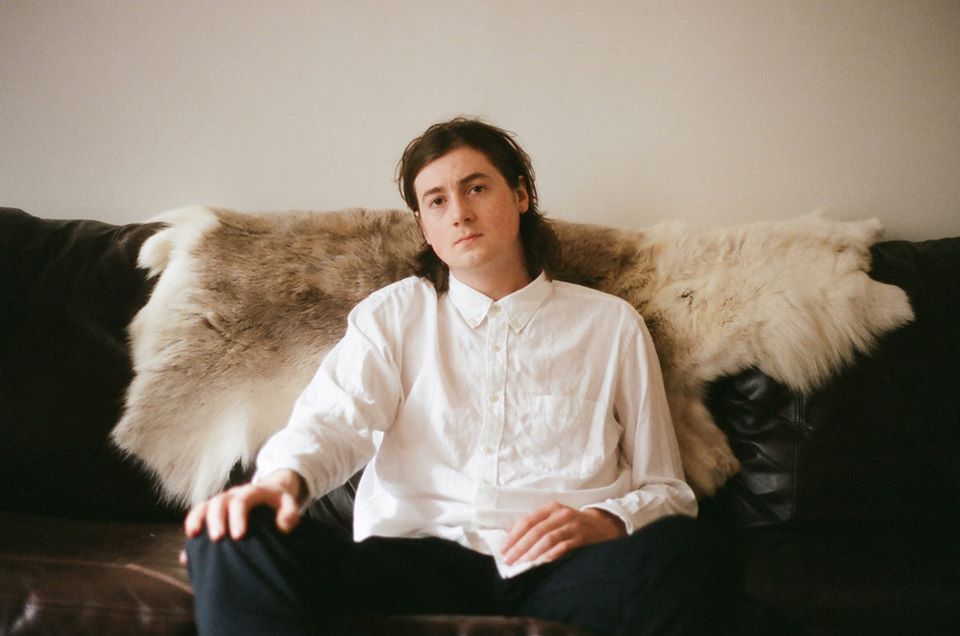 “I hold my hands and pray that you’ll be there on my final day, and if you are, will you come with me?” sings London-based singer/songwriter George Taylor in his new single, “Come Follow Me  Down.” With its slinky groove awash in a minor key and a sinister edge, Taylor’s “come hither” vocal style would inspire the stoic into action. Yes, George Taylor, we will follow you down.

“Lyrically, the song is an invitation for your lover to join you in your misery, which sounds kind of dark, but it’s a love song really,” he explains. “It’s almost that selfish desire for the person you’re with to feel what you feel in order for them to understand why you are that person. I wanted the video to convey that meeting between one person and another in a dark place.” Mission accomplished sir—the video is packed with religious imagery—ghostly figured clad in white robes, enter a dimly-lit dungeon-like space to retrieve a young woman who clearly has been there for quite a while. Enter suited-up preachers handling snakes, and you have one deliciously disturbing American Horror Story-esque video that’s nearly impossible to stop watching. “It obviously touches on religion, the imagery is so religious-leaning, but we wanted it to be left to interpretation and try to create a world where a story can be told,” Taylor reveals.

“Come Follow Me Down” is Taylor’s fourth single, and it comes as no surprise that his releases have garnered millions of streams. There’s a vintage sparkle in each of his tunes, a unique combination of blues-tinged soul and cinema. “The first memory I have of music is being in the car with my dad and him playing me ‘Sultans Of Swing’ by Dire Straits. I remember the lyric ‘Check out Guitar George, he knows all the chords,’ and it drew me into the song because it was saying my name,” laughs Taylor, who began his foray into playing and writing music at the ripe old age of thirteen. “My dad was very good at playing the music he liked when he was younger, a lot of which I’m still very close to these days, especially bands like Pink Floyd and Bob Dylan. I was introduced at a young age to great music, which I’m really grateful for.”

“It’s a culmination of everything I’ve been listening to since I was a child,” Taylor remarks of his style. “All of those things combined inform my sound, but I never sit down to write a song with the intention for it to sound a certain way, I just try to go for a feeling, letting it come out naturally. I hope it takes people somewhere,” he says of his music. “When people watch the video, I want it to take them to another world, to experience something for what it is, to give them a feeling—whether that feeling is sadness or an uplifting feeling. I just hope it makes some impact on people, and give them a unique experience,” he adds. “There’s a lot more to come.”