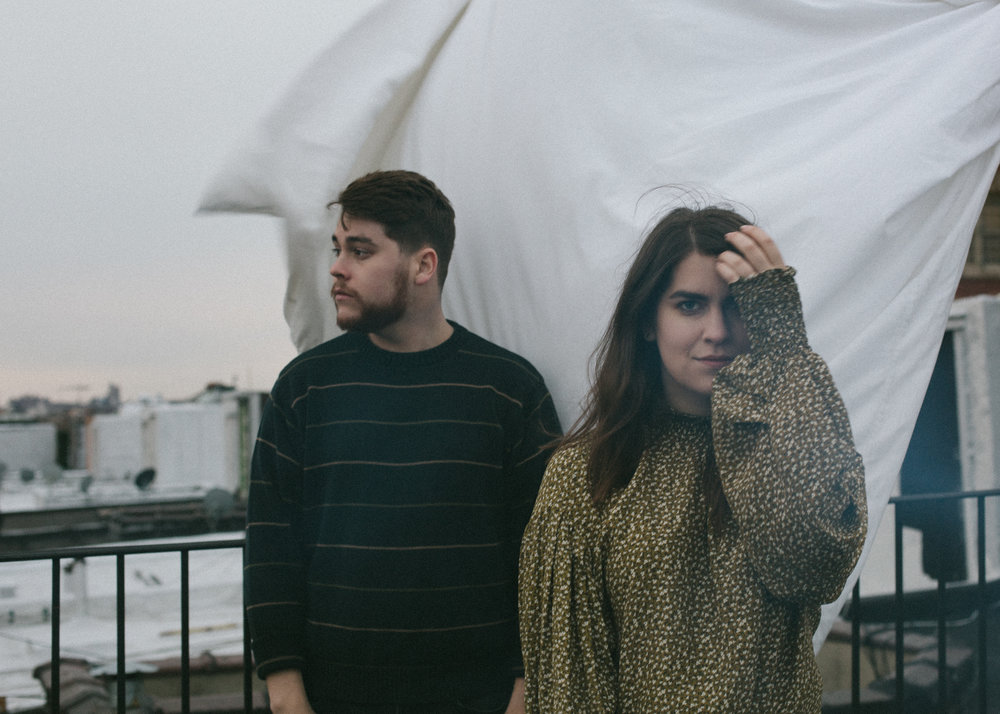 In search of creative community, Deni Hlavinka and Chris West were drawn together with magical magnetism to form The Western Den; initially creators with folk sensibilities, the pair has pushed past those sonic boundaries with their forthcoming debut album, A Light Left On.

Today, the band unleashes album track “I Still Remain”; its spare string arrangement makes their vocal harmonic coupling the focus and allows them to emit a tidal wave of heart-wrenching, goosebump-inducing emotion worthy of the poignant lyricism being delivered.

“‘I Still Remain’ is about loving someone who is far away from you, either physically or emotionally, and how long you can go without realizing,” the band explains of the tune. “The song’s first line (I’ll make you light up/You are my brightest star/But you’ve been burning out/I am too late/You’re too far) compares this distance to witnessing the light of dead stars and gazing at them with awe as they once were, instead of in their current state. It is about the gradual building of a rift between two lovers without any distinct, singular moment that helps them understand how it happened. And yet, there is still belonging between them past this point of realization for fear of what moving on would look like—‘Would I sell it all for an old little flame?/Would you call it off to touch skin again?/I have all but a faceless faded frame to recall the reason I still remain.’”

Without further ado, East of 8th proudly presents “I Still Remain” by The Western Den: