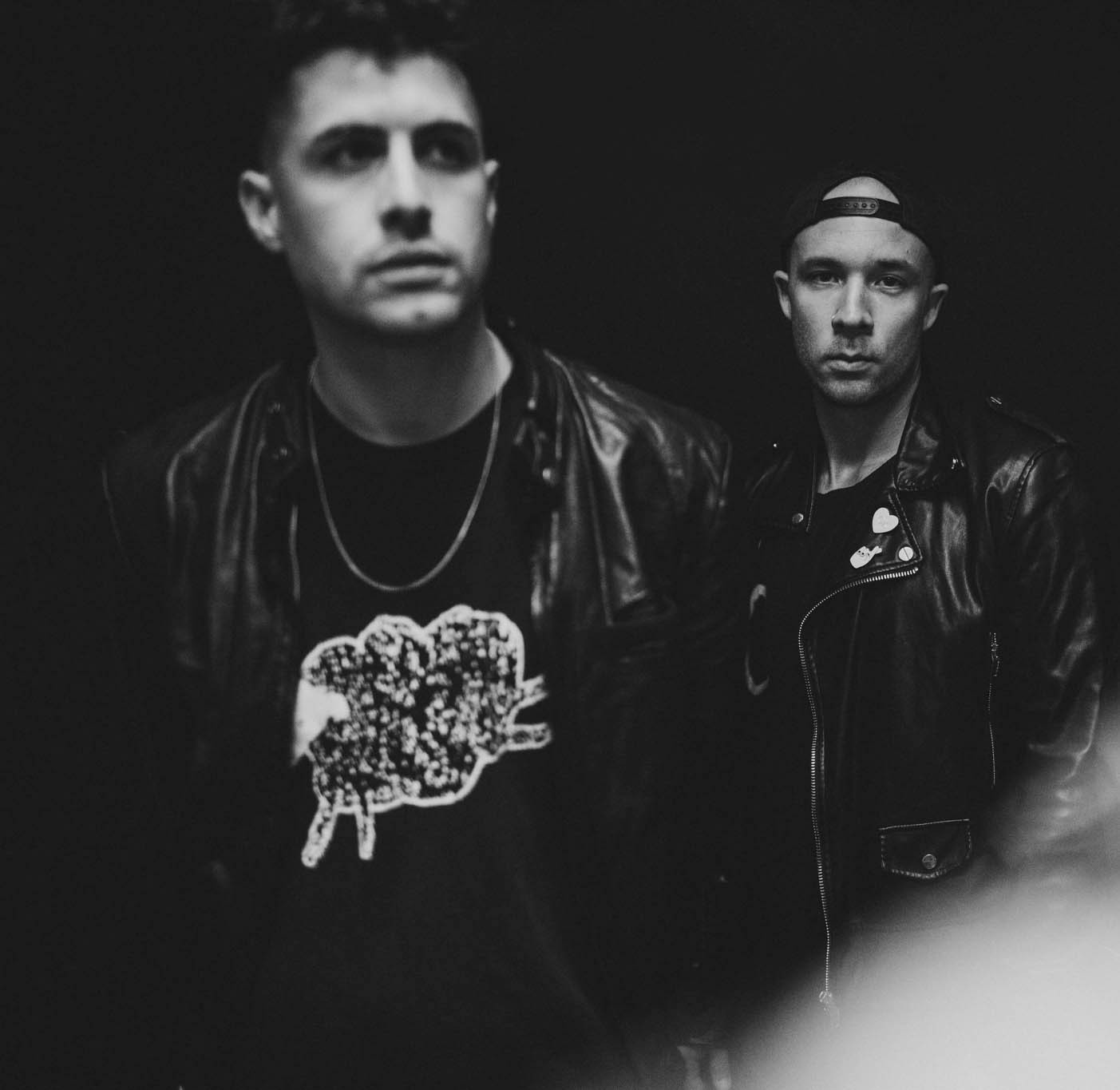 It’s an age-old story: band gets together, band makes amazing music, industry folks want in on the excitement, and things begin to change–not always in a positive way. Such is the journey of rock duo Blacktop Queen, who burst onto the Los Angeles scene a few years ago. ”So we release the music, we’re rolling, we get management, play shows, then we get signed to a publishing deal and everything’s going really, really great,” recalls Blacktop Queen vocalist Evan Ambrose of the band’s journey.“I think after a million meetings, we started following other people’s thoughts and ideas, and we started to go down the rabbit hole of pleasing a lot of people, doing what we think those around us like,” he continues. “Every once in a while we’d make a song that wasn’t really us, and people around us would like it. For all the wrong reasons, we’d follow that trail. We ended up not being happy,” he continues. “We’d never had this problem when it was just the band working on the music.”

The pair had written 30 songs, and had put together an EP before leaving the hustle and bustle of the city to clear their heads, escape the drag the city can have on the creative process. and finish the record in the Joshua Tree desert. “We were out there really early and really late at night, listening back to the music. We thought to ourselves, ‘Do we like this? Do we like who we’ve become? Do we like ourselves? Do we like any of this? Is this what we want to put out into the world?’” Ambrose remembers. “We just looked at each other and made the hard choice of saying ‘No, we don’t like any [of it. It’s not us. It’s not why we got into this. It’s not honest. It’s not who we are as a band.”

Blacktop Queen realized they had been pursuing the approval of those around them, and made the difficult decision to scrap the music and start over….from scratch. The result was “Desert,” a gritty rebirth of sorts, and Blacktop Queen was back. “We knew that making that choice was the right call,” Ambrose declares. “’Desert’ was the first song written in that mindset, our first song back from losing ourselves.”

“We were sort of naive to the music industry,” admits drummer Nate Lotz. “We were too quick to put our trust in others’ opinions. We hit a point of no return, and had to ask ourselves if it was really us. Teenage me would not have thought that old band was cool,” he laughs. There were, however, repercussions to scrapping and starting over. “It was no one’s fault. It wasn’t like this person was bad or this situation was horrible,” Ambrose reveals. “Everyone was doing what they thought was the right thing. I just think we weren’t on the same page at the end of the day. We lost a year of work, 5,000 hours we’d put in. There was a personnel change because of that, definitely an emotional toll too,” he says. “It was a lot of change.”

“I feel like we’ve earned our stripes,” says Lotz. “Now we appreciate every good thing that happens. We really feel like we have material that’s honest, that’s also really good. We back it, and I think before we didn’t.” ‘Desert’ was kind of the foundation ground level place to start from, that felt like our vibe, then everything else could be an offshoot of where we’ve landed with that.” “It’s kind of our first song to the world, our first song as this new band,” interjects Ambrose. “We’re concerned about putting out the kind of music that we like.”

”I don’t want to die in the desert, I don’t want to die so young,” Ambrose snarls in the track’s chorus–a testament to the fight to keep their band alive. And what have they learned from it all? “Be yourself, despite the ways you were raised, despite expectations of other people,” says Lotz. “These are things Evan and I go through personally in our lives that we put into the music. We’re trying to spread that kind of positivity. This small journey has kind of been tied to bigger life journey that we’ve both been going through and talking about a lot,” he continues. “We hope our music helps others who are struggling with those same life questions.”“We’re just doing whatever the hell we want. The negativity and [00:21:00] the positivity and the frustration, the good things and the bad things, we’re putting it all in the music,” Ambrose adds. “We’re just going be ourselves.”

[Catch Blacktop Queen live on May 1st at Emo Night at The Echoplex in Los Angeles.]