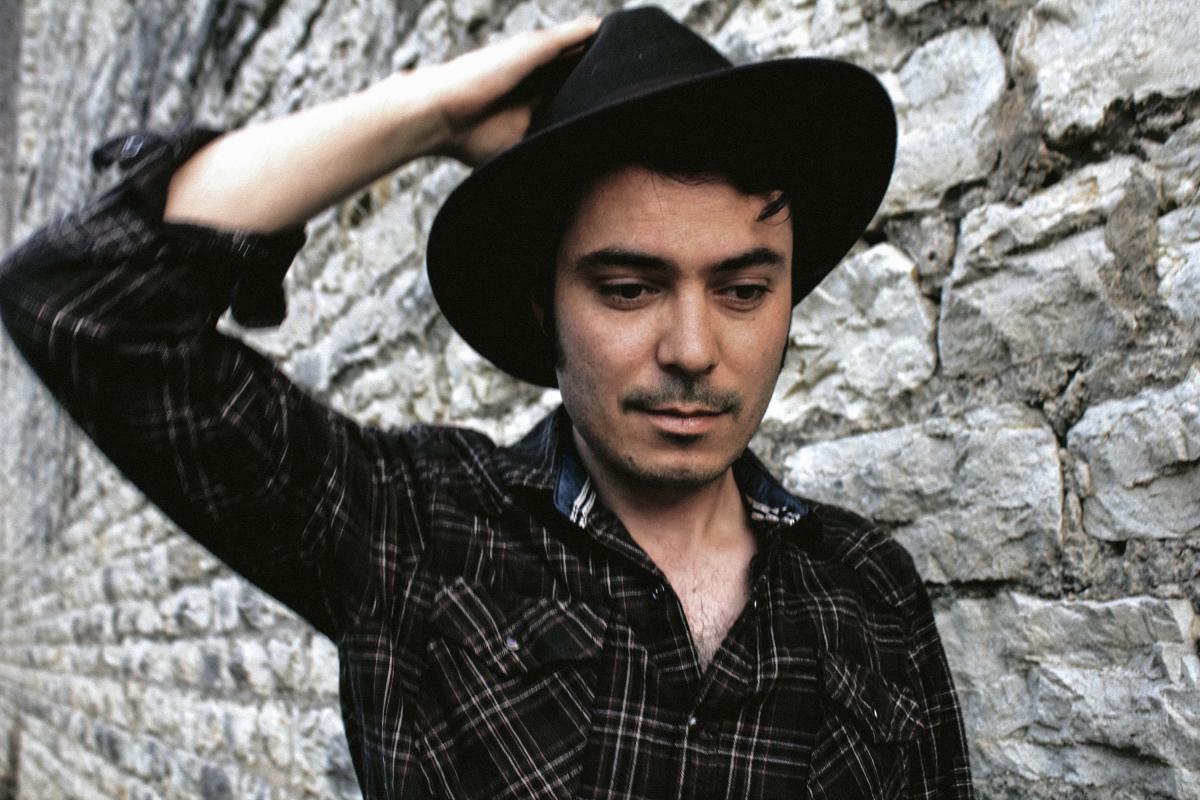 No stranger to live performances, singer/songwriter Max Gomez set out on his spring tour at the beginning of March. Starting and ending in his home state of New Mexico and including a visit to our beloved Music City, Gomez admits he feels more confident than ever in his ability to put on a live performance fans will never forget. “I think the shows have just gotten to be better and better over the years, more and more people come out and I feel better about my performances as time goes on,” he reveals.

Touring may have a reputation to be one exhilarating whirlwind of excitement, but it’s not always fun and games. In fact, Gomez admits it can get pretty exhausting. “Touring is a very tiring travel, to travel for business and not pleasure. A lot of people think we’re out here just having fun, but there’s a lot of work that goes into it,” he says. His hard work clearly pays off, however. Anyone can see it the second Gomez’s feet hit the stage. “I have to treat it like a job and I do, but every day I do it, I do it for the one hour or so that I get to stand in front of the crowd and sing my songs,” says Gomez.

As with anything, this journey took time. It took time for Gomez to better his performances and it took time to fill rooms with fans. And growing up in a city with no outright music scene made this journey a bit more challenging. “There wasn’t a scene. I still really don’t think that there is, but some people would argue that there is maybe,” admits Gomez. Despite this lack of local music, Gomez was ready and willing to accept the challenge. “You kind of become an entrepreneur because you have to sort of create [a scene] yourself, and that’s what I did. That’s what friends of mine and other musicians I knew and worked with in New Mexico all did. We still do that,” he explains. “We still work on our own events, our own concerts, and our own festivals.”

And in its own roundabout way, this lack of a New Mexico music scene helped inspire Gomez even more. He found inspiration in the few others who were trying to live out the same dream. “I was influenced by some of the guys that were in the area and that played in the area, who made records in Nashville and toured and did all that kind of stuff. They kind of hung their hats around Taos, where I grew up,” says Gomez.

Yet his hometown isn’t the only thing he owes credit to when it comes to his music. His family and upbringing inspired him musically in “every way imaginable.” “When we all grew up, my brothers and I, there was a piano in the house. It was a player piano with pump pedals. We treated it as an exercise machine. Whoever could pump the pedals the fastest, making the scrolls play the fastest was the best,” says Gomez. Although they neglected to actually play the piano, it’s an important memory Gomez associates with music. It wasn’t until he was a little older that he realized the power and addictiveness of music. “One of my older brothers started playing guitar at some point or another. He’s like 6 or 7 years older than me, and when I was 8 or 9 years old, I started playing his guitar. He started showing me the little that he knew, and he kind of handed it over to me. And off I went, and I never really put the thing down,” he says.

Also growing up with a furniture craftsman for a father, it may seem a bit odd Gomez chose music. Yet he admittedly loves to work with his hands, whether it be strumming away on a guitar or building furniture like his father. “If I wasn’t a touring musician, I would be trying to work with my hands and sort of do things like the old man does. You know, build houses or work on furniture, and just figure out a way to keep the lights on that way,” says Gomez. Even during time off from touring, Gomez tries to get creative with his hands as much as possible. “There’s talk right now of trying to build a front door for the house I’m living in,” he says, “I live in kind of a funky cabin outside of Taos right now. It’s sort of a constant project, so when I’m not touring, I tend to be working on that little place.”

It’s no wonder Gomez’s songs sound so well-crafted. One song in particular, “Joe,” which he admittedly didn’t write, is articulate and unique in its sounds and rhythms alone. Creating this sound gave Gomez a different sort of artistic freedom. “There is something sort of liberating about singing or playing or recording a song that I didn’t write. It feels like it’s harder to do wrong. When I’m recording or singing songs I wrote, I become much more conscious of the way it sounds, the words of the song, the meaning and everything. I become hypercritical, but when I’m doing somebody else’s song, all that kind of goes away,” he says.

Only being recorded in two takes, Gomez admits it was a once in a lifetime sort of thing, something he dreams will happen again during his musical career. “I’ve never recorded that way before, not generally. Now that I’ve done it, it really excites me to try and do it again, but I don’t know if it necessarily will ever happen again. It was sort of a magic moment when we did that,” he says.

Another song Gomez remains especially proud of is “Make It Me.” A single off his 2017 EP, Joe & Me, it’s a straightforward song about falling in love. In fact, if Gomez could show a person who is unfamiliar with his music one song, this tune would be the lucky winner. “It’s a very simple song, musically speaking. It’s a simple love song and I fingerpick the guitar. It’s like a culmination of a lot of the musical inspirations that I’ve grown up studying, listening to and playing. It would be where I would start if I was having to listen to my music,” he says.

As for today, Gomez is working towards new music. Rarely taking a break from writing, he is getting closer every day to compiling enough songs to release a new album soon. “I’m always writing. The next thing for me to do is try to organize the next batch of songs for a new record and try decide if I need to pull a rabbit out of a hat or if I’ve got everything I need there. That’s my current plan, and then to figure out how to make a new record,” he says. “Hopefully I’ll get it to you this year.”