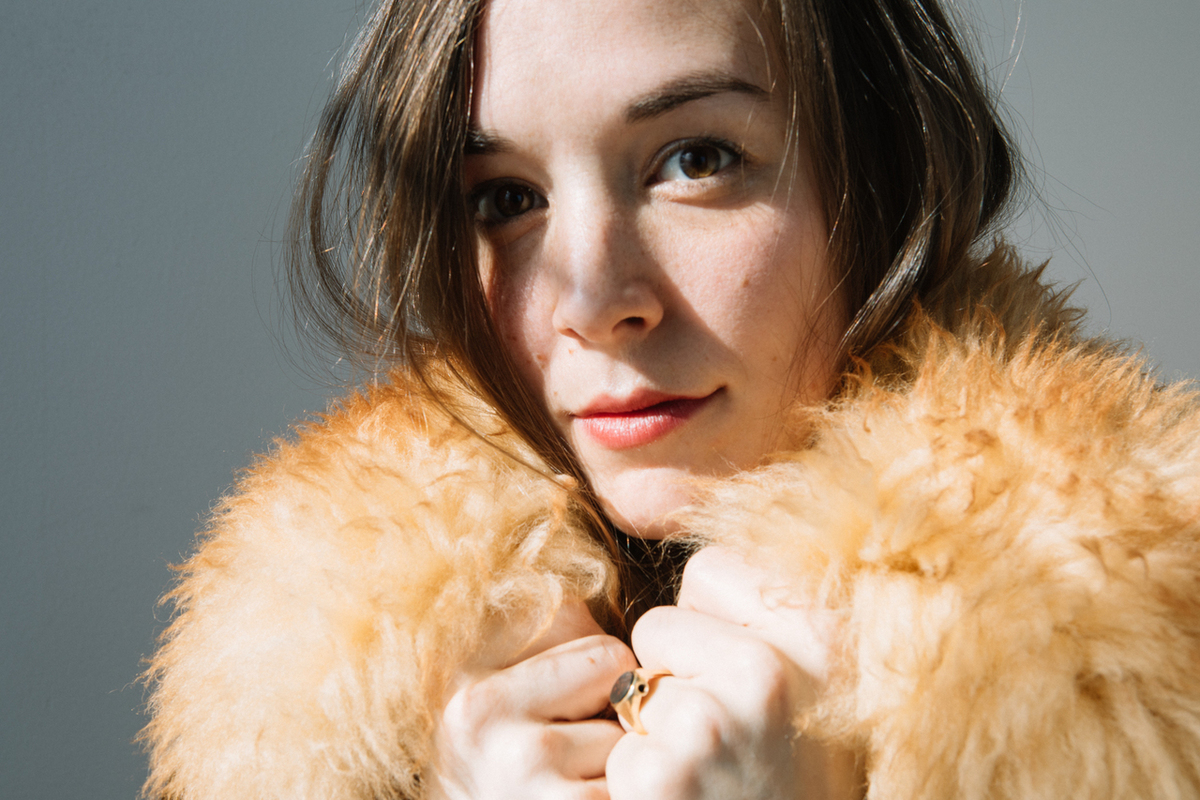 “I come from a musical family, my parents both play, my sister and brother do also, so it came naturally. I started playing fiddle and guitar as a kid. I came into my own as a songwriter in high school. The rest is history,” declares New York-based alt-rocker Margaret Glaspy of her musical upbringing. She released her acclaimed debut LP Emotions and Math in 2016 and followed it up with a surprise three-song EP this February called Born Yesterday, out via ATO Records. “We were on the road a bunch for the record, for the last couple of years it’s been nonstop,” she recalls. “I’d written these songs when I was on the road, it kind of felt like a bookend to the record. Now, I’m progressing in different ways with my songwriting, so it felt good to document what I’d done thus far. These songs didn’t really fit on the next record, they were just kind of drifting, so I decided to give them a home because they were their own little cohesive work,” she says. Born Yesterday features Glaspy’s frank lyrical composition delivered in her distinct vocal style—Glaspy has the kind of voice that breaks in just the right way, with emotion that has percolated internally until it resolves in over-the-shoulder, nonchalant glances. “I think these songs were a big part of the touring process, they were born on the road out of touring that record. They definitely hold hands with the album,” she adds. “It felt like the offspring of that record.”

“I never make decisions about what my music will sound like,” she continues of her style, which has, as of late, ice dominated by crunchy, electric guitar. “I like to put different elements together and it just comes out. It’s always changing, and I don’t really think I’ve arrived anywhere in particular with the sound,” she reveals. “I was 20 or so when I picked up the electric guitar, as soon as I moved to New York about nine years ago. It marks a time a place for sure. Now, I’m making music that sounds really different than that. I knew I’d make a record with the electric guitar on my first record. Initially, it was easier than acoustic guitar—I didn’t like the way my acoustic sounded when it was plugged in, and it was hard to mic up the acoustic in the bars or clubs in New York City,” she adds. “I had listened to a lot of music using that element too, a lot of Elliot Smith and Jimi Hendrix at the time, and I fell in love with it,” she says. “I was inspired by the city, and playing gigs there.”

Glaspy, who is currently recording her next album, is again on tour, which will bring her to The Basement East in Nashville on April 1st. “I love playing Nashville, I feel appreciated there,” she says. “There’s always a buzz in the air there, musicians working on their craft and nerding out about music,” she laughs. “Even people who don’t necessarily play music still appreciate it there and have a good musical head on their shoulders because it’s in the air,” she adds. “I love it.”