I am supposed to tell you how much the show sucked and how the fans hated it. At least those were the on-stage marching orders and expectations pronounced by Bill Dess, the artist behind the soul-pop project Two Feet. Dess was dedicating his first Nashville concert to his fans and he wanted to make it clear they are the reason he takes the stage each night—not the music industry types.

The truth is that I cannot live up to Two Feet’s anticipated journalistic review —his well-intended, heat-of-the-moment jab at his own performance would make my job too difficult. To write negatively about his show at the Exit/In music club, I would have to ignore the scores of fans that filled the venue extra early just to crowd the stage. I would have to forget about the girl I witnessed, pressed into the front row, hugging a vinyl copy of his most recent record, First Steps like it was her most treasured possession. I would have to discount the shouts, cheers, and claps of appreciation that filled the room every time Dess came to the edge of the stage to lean outward, seemingly hovering over out-reaching fans. I’d have to neglect to laud the way his fiery guitar solos blended with thunderous bass–first making the audience nod along in approval and then sending it quaking as the vibrations overrode the senses. Meeting Dess’s expectations would require me to forget the entire show and it’s playing on repeat in my head too often to do that.

From the first flood of fog to the last dramatic lighting flash, Two Feet kept the Exit/In crowd in motion. Showing off his jazz musician’s background and pop/electronic production experience, Dess deftly blended bluesy, soulful, and crying electric guitar with floor-rattling synthesized bass. The resulting sound left the crowd to melt on his new single, “I Feel Like I’m Drowning,“ as well as older works like “Quick Musical Doodles.” He added a dance-worthy bump to a peppier cover of “Ain’t No Sunshine,” as the crowd clapped to the bass-thump on the soul classic from Bill Withers. He added a touch of pop beat to “You’re So Cold,” causing couples to grind and dance. On a night dedicated to his fans, it was clear they were loving every minute.

Of course, nothing could compare to the crowd’s anticipation as Dess talked about his artist’s journey while leading up to his near-viral single “Go Fuck Yourself.” Just two years ago, there wasn’t a Two Feet and Dess was a cashier at a New York bodega. Now, he had a sold-out crowd hanging on every word. As Dess started the song a capella, he was instantly met with a room-wide sing-along. Even as guitar and bass kicked in, the combined voices continued to grow, almost drowning out the underlying music, until a hush fell over the crowd as it soaked in one more scorching guitar solo. I must imagine that the prized record in the front row was being held tightly the entire song.

With new music on the way, combined with the meteoric rise in Two Feet’s (obviously dedicated) fanbase, I am certain we will be seeing even more of this artist on the road. Next time, if his expectation is a review proclaiming the show a failure, Dess is going to have an uphill battle—he already proved his dedication to his fans and his ability to whip an entire club into a frenzy. Until then, those that were able to score a ticket into the Exit/In will remain drifting in the booming and soulful world of Two Feet’s show in the Music City. 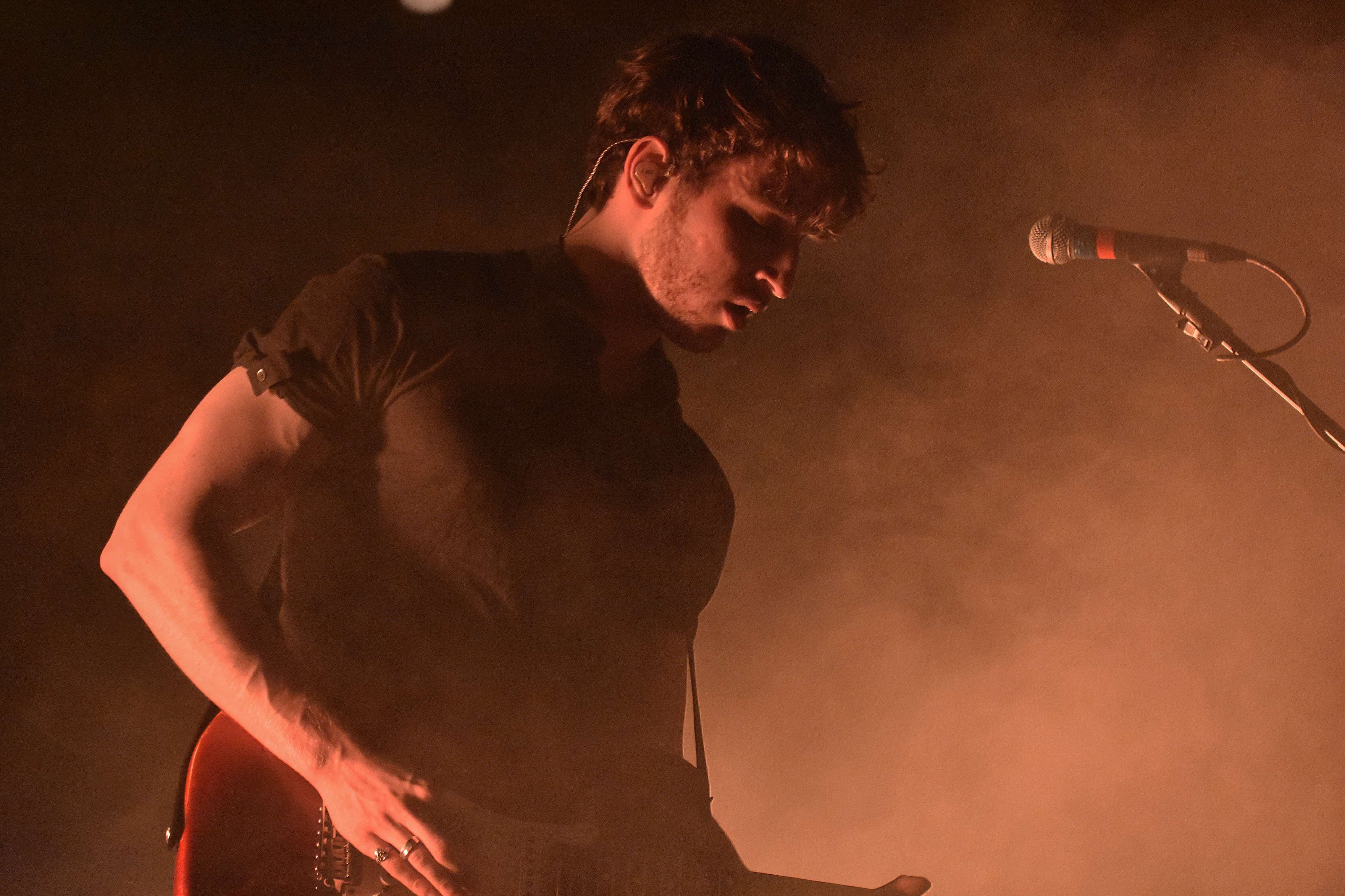 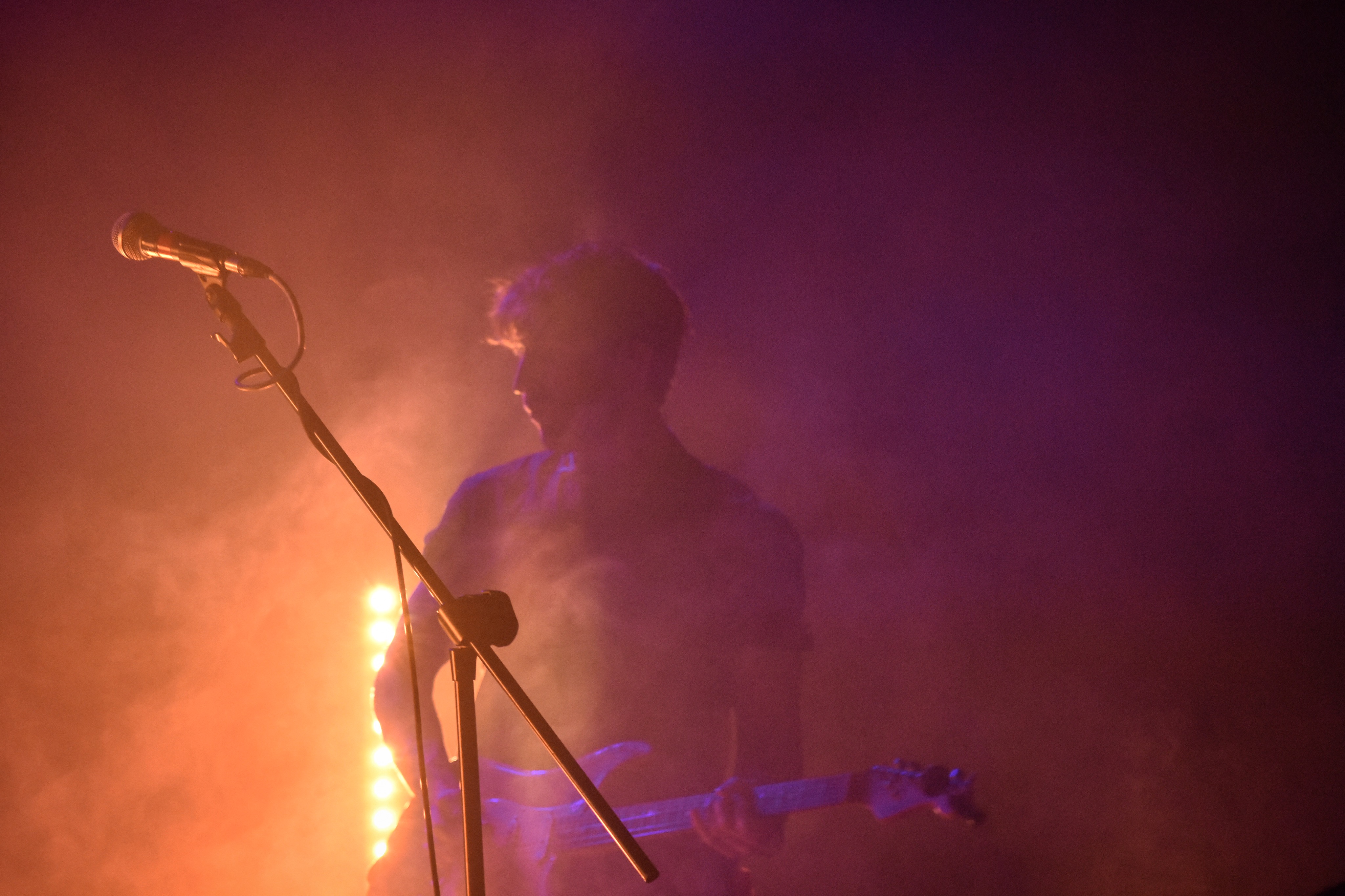 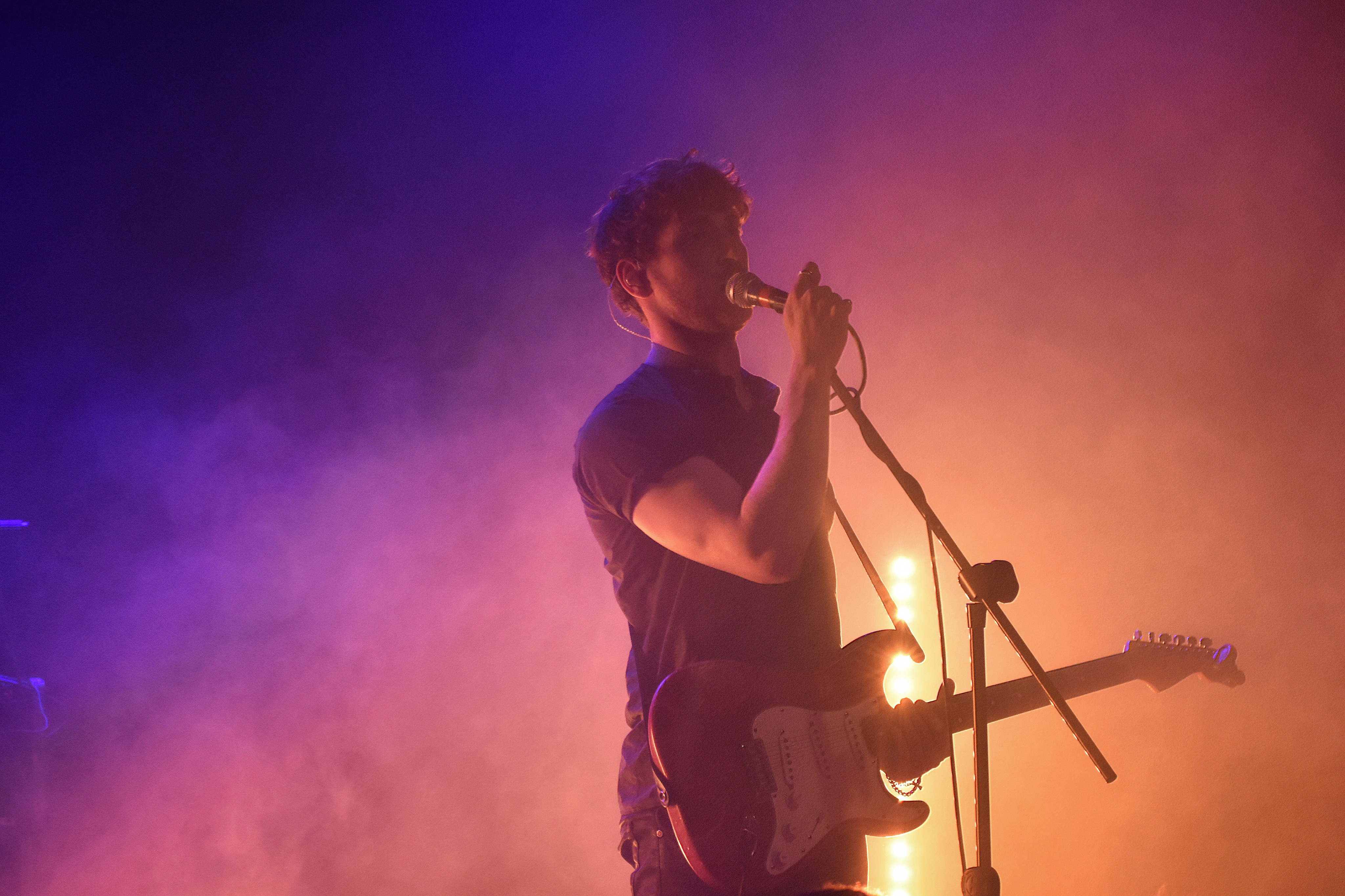 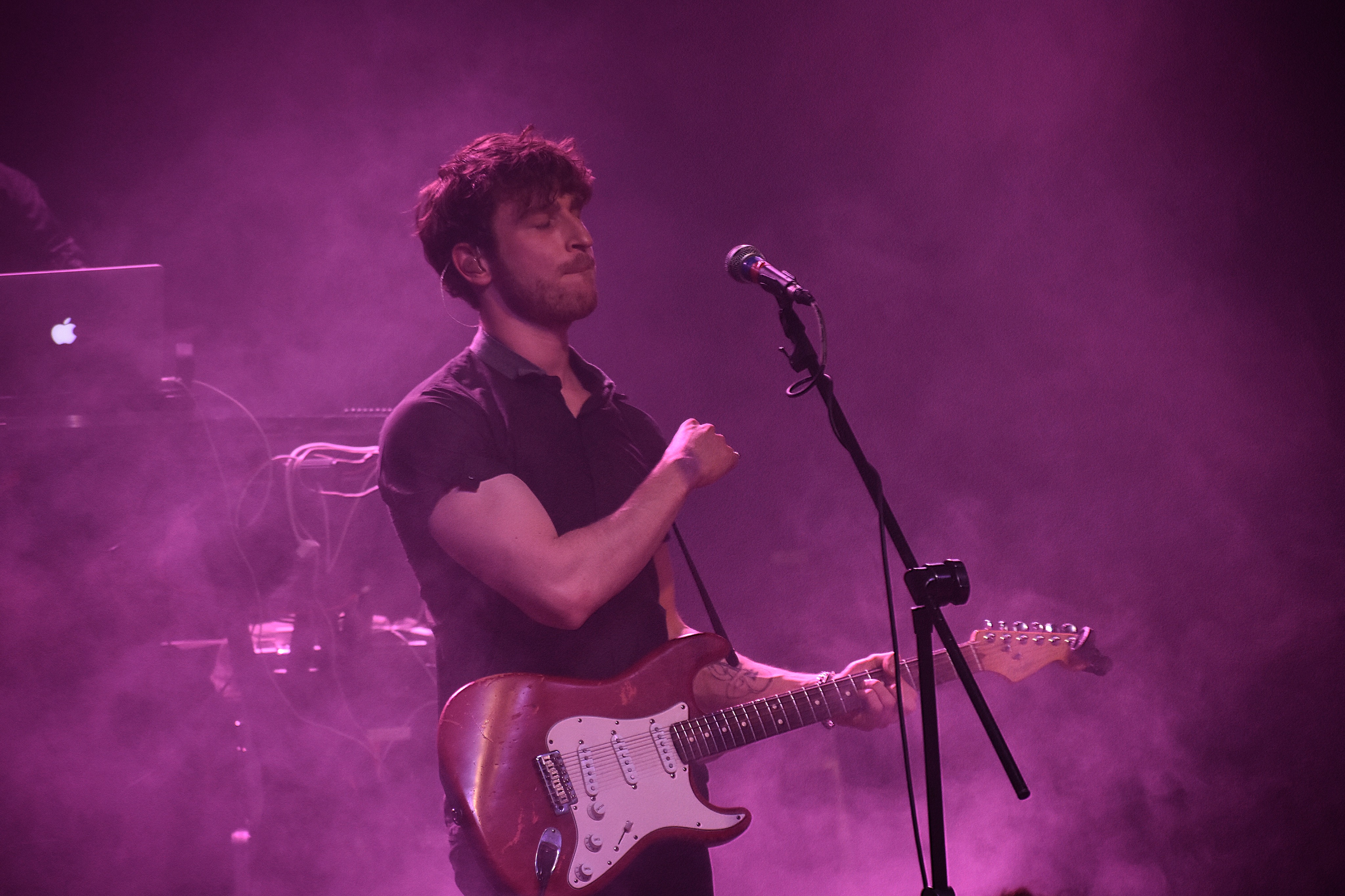 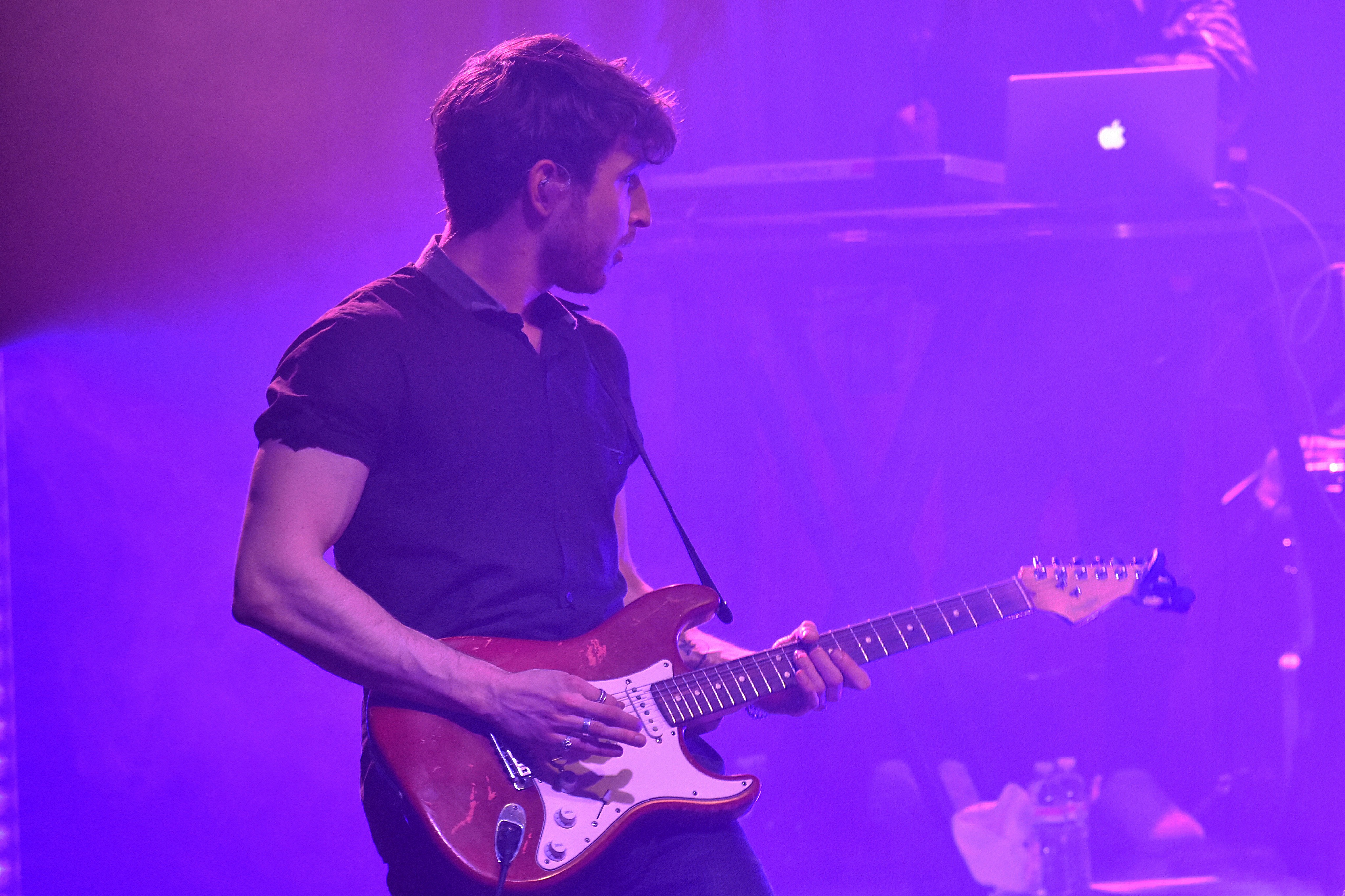 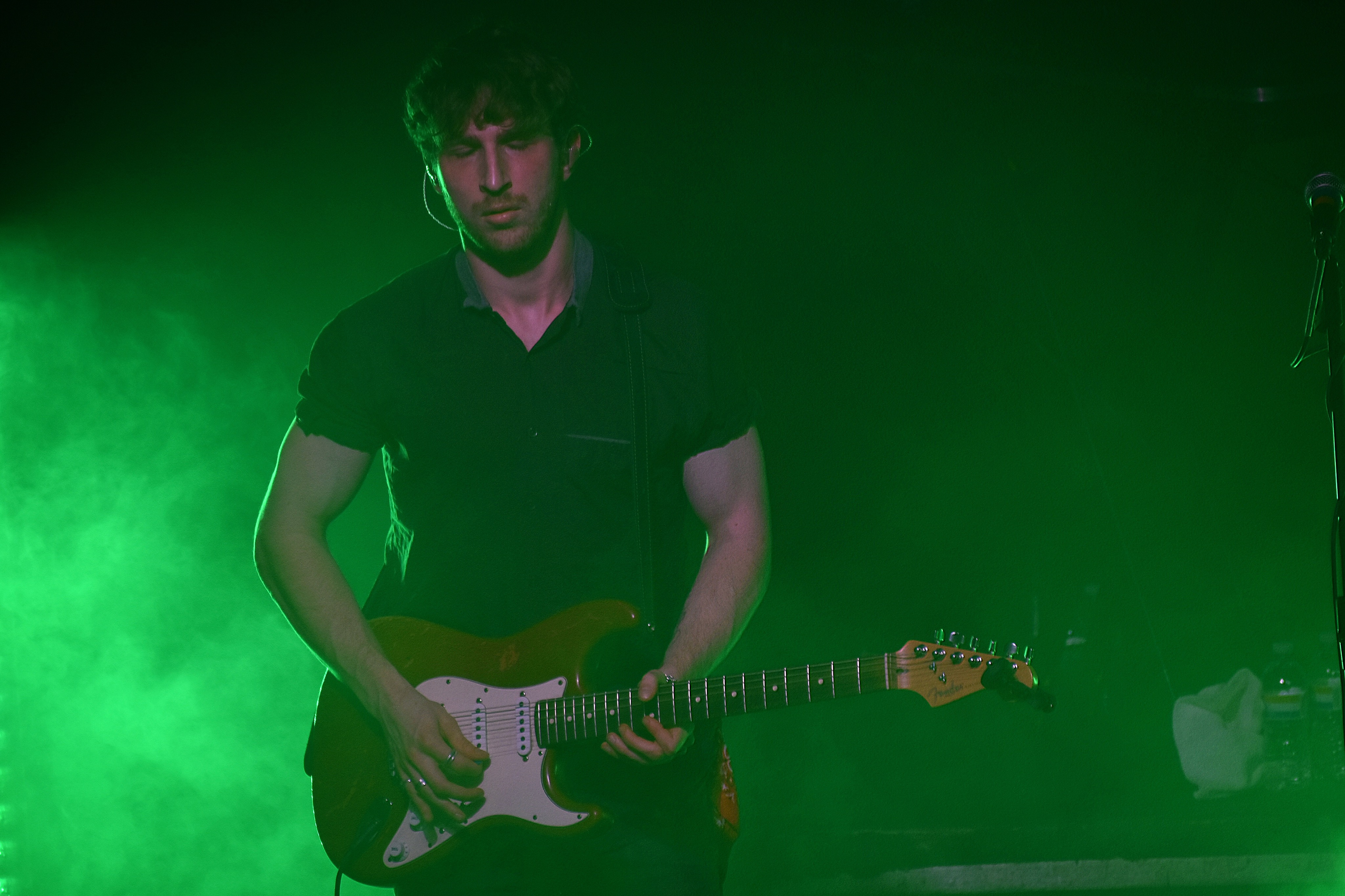 [This review and its lovely photos were handcrafted by Eo8’s George Maifair.]