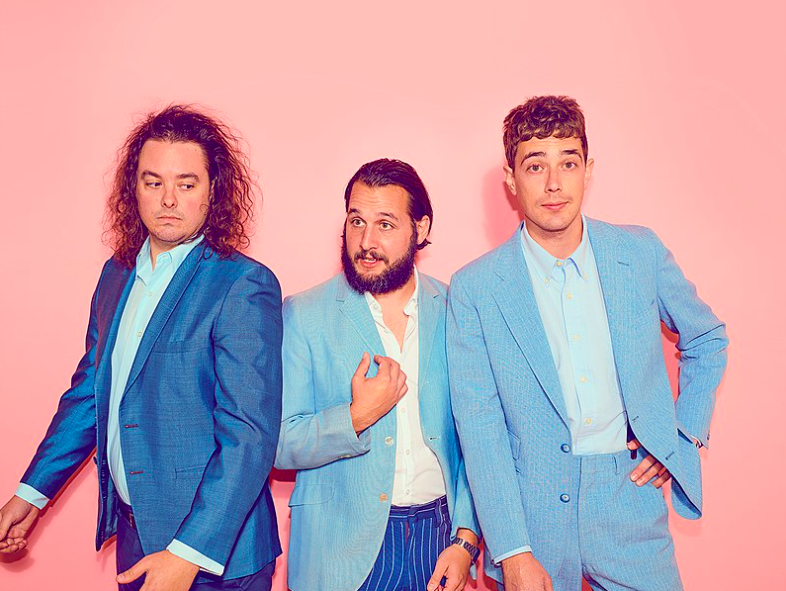 “When you’ve been on the road for six weeks or so, you can kind of start to lose it,” laughs Mitch DeRosier, bassist for Canadian rock outfit Born Ruffians. “You can go a little cuckoo in the van after you’ve been driving 10 hours a day for weeks on tour, and the dumbest things become funny. It keeps everything all together.” The band is likely on the precipice of punch-drunkenness at this point, as they hit the road at the end of February to support their latest release, Uncle, Duke & The Chief, out now via Yep Roc Records. And the tour schedule is, in a word, extensive.

“That’s pretty standard, when we put an album out we hit the road for a good chunk of the year,” DeRosier explains of the band’s 10-plus years of touring. “I’m pretty used to it, but when I look at it all on one page it’s like “Whoa boy, there are a lot of places to go to!” Luckily, beloved readers, the tour will bring Born Ruffians to The High Watt in Nashville for their very first show in the Music City on March 17th. “We have it circled on the calendar,” he says giddily. “We’re all so excited.”

The band’s new album features 11 tracks of timeless, lo-fi rock n’ roll punctuated by lead vocalist Luke Lalonde’s tenor snarl. The album’s deceptively upbeat songs tackle the heaviest of subjects—death. “Luke handles the lyrical side of things. We all took a shot at writing lyrics in the beginning and Luke would sing them, and it would be very bad. We decided he should write the words,” laughs DeRosier. “‘Forget Me,’ the first song on the record was written the day David Bowie died. Luke was in our rehearsal studio when the news came through, and like a lot of people did, he took it pretty rough. He said the song just kind of came out of him. I don’t want to say it like a spiritual thing necessarily, but sometimes a song will just kind of come to you and you just try to get it down as soon as possible,’ he continues. “Luke’s dad, my uncle, was going through cancer treatment at the time as well, which ended up being successful, but at the time, he was dealing with the potential loss of his dad,” he adds. “He was going through some stuff, and it came out in the songs.”

“Richard Swift was our first choice and we were so psyched that he could produce it,” DeRosier comments of the iconic producer. “That’s his style, that under-produced thing, putting the band in the room and letting them lead the way with his guidance. He would limit how many takes we could do; once you do ten takes of a song, it’s like saying a word over and over again it loses its meaning,” he says. “He didn’t let us overthink.”

This album also marks a return to the band’s original three-man lineup. “It was one of the biggest things for us as a band,” DeRosier recalls. “It felt like when we first started the band in high school when we were 16, just the three of us writing songs in our drummer’s parents’ basement. We’d go there and jam on the weekends, and we didn’t even have a show yet, all we wanted to do was show up and play with each other. It feels like that again, we’re all in good places. It’s fun, and that’s the important part,” he adds. “It made the making the record really easy.”