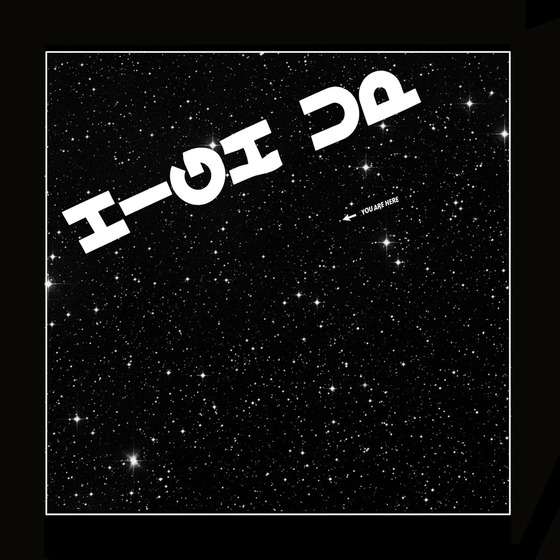 Nostalgia in pop culture is at a current all-time high. Social division and unbridled technological advancement runs rampant, and has left many longing for something that feels familiar–for something safe, warm and comforting, something easily agreed upon and easily understood, a shared sense of time and place we can confide in to lift spirits as the world around us swirls with insecurity and discord.

Enter You Are Here, the debut record from Omaha-based High Up. The album is steeped in all the tenets of life in 2018, from uncertainty and social injustice to self-doubt and isolation, which are dissected through a musical framework that feels undeniably nostalgic in approach. Consisting of frontwoman Christine Fink, along with her sister and notable songwriter Orenda Fink (of Azure Ray fame) as well as members of various Omaha indie rock royalty like The Faint and Bright Eyes, the group presents a solid collection of by-the-book soul tunes set against a backdrop of life in the 21st century. Aided by longtime Omaha producer and engineer Mike Mogis, whose on-the-nose production gives the record a fittingly vintage sonic quality, High Up crafts something of an enigma. Here is an album fueled by questioning the world we live in and pleading for progress while remaining rooted in a familiar and time-tested sound. And while aurally richer than like-minded acts on the New York neo-soul label Daptone Records, the not-so-subtle influences that inform You Are Here make for a plateaued but enjoyable listen.

Opener “Alabama To The Basement” sets the tone from moment one. Cavernous drums give way to a familiar double-time soul groove complete with horn section, thumping bass lines and stabbing guitars. Anyone who has spent time with soul-revivalist Leon Bridges or the recently deceased Charles Bradley and Sharon Jones will recognize the formula almost instantly. Lyrically, Fink describes the genesis of the group, recounting a move from Muscle Shoals, Alabama to Omaha in 2012 while seeking a fresh start and re-invigorated creative spark. Once this backstory is laid out, it becomes hard to overstate how indebted the sound of High Up is to Christine’s time spent in the birthplace of some of soul and rock’s most hallowed recordings.

Track two and lead single “Two Weeks” refines the formula slightly. Offering a more varied and intricate drum groove than we’re used to hearing in soul music, this deviation lends itself to the song’s sense of urgency. The urgency is mirrored in Fink’s lyrics about feeling trapped by the grind of working a dead-end customer service job in order to stay afloat while patiently chipping away at a music career. It is a sentiment known all too well by any person who has ever strived for an artistic existence.

The album spends much of its time doubling down on the nostalgia quotient. “Make a Plan To Love Me,” is a fitting revamp of a song by Omaha’s defacto music scene leader Conor Oberst from his 2007 Bright Eyes classic Cassadaga. It’s a safe move to ensure anyone who grew up listening to his music will find something connect with here. Though pleasant in its approach, this version is far from risk-taking with the source material. The opening riff for “Glorious Giving In” comes to us via “Oh! Darling,” a Paul McCartney stand-out from the Beatles 1969 masterpiece Abbey Road, which is borrowed note-for-note and repeated a half dozen times over the course of its three-minute runtime. “Girl Walking Home Alone At Night” flips the narrative of “I Put a Spell On You” into a rallying cry against sleazy men complete with Fink’s best impression of Screamin’ Jay Hawkins and his cackling howl to close out the song.

You Are Here is not without its confident highlights, like the ethereal “Blue Moon” and the introspective ballad “You Can’t Give Up On Me,” but ultimately there is more work to be done. Similar to Boys and Girls, the debut album by fellow rock and soul revivalists Alabama Shakes, this record shows lots of promise but feels stunted in approach. It was only after Alabama Shakes brought in visionary guitarist and producer Blake Mills to help craft their sophomore LP Sound & Color that the band’s potential became fully realized. By expanding their palate and approach, the record became something more unique and exciting than its predecessor. High Up shows this same potential throughout their debut. Perhaps on the next go round, the band will take less comfort in familiarity and find more excitement in embracing the unknown.

[Purchase You Are Here by High Up, out Friday, February 23rd via Team Love Records HERE.]

[This review was handcrafted by Eo8’s own Marshall Fassino.]