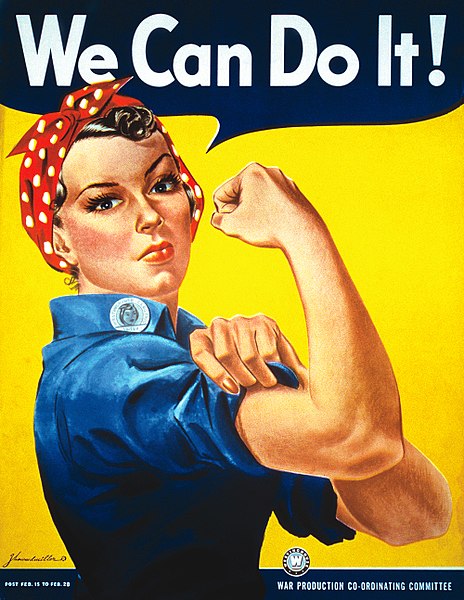 Something I’ve always admired about music is its universalness. No matter age, gender, race or ethnicity, there’s a special message buried beneath almost every song. So why do we often hear about the gendering of music? Is it because it has a history of being a primarily male-dominated industry? But what about the increase in female power over the past couple of decades?

Take a look at the 1980s. With the rise of artists like Madonna, so began an increase in the ideas of female empowerment and women acting unapologetically in the music industry. This growth in female artists has only increased. With inspiring songs from Kesha, Rihanna, Adele and Lorde, it might appear as if females are finally getting the recognition they deserve within the music industry. Although this gap of female representation in the music industry has decreased in recent years, it has yet to be annihilated completely.

Despite a rise in feminism and gender equality, this lack of female visibility popped up yet again during this year’s Grammy Awards. For the past five years, only 9% of Grammy nominees have been women, according to a study done by the Women in Music organization. After receiving criticism for the lack of female winners at this year’s awards, Recording Academy president, Neil Portnow, gave some scandalous advice for women in the industry:

Within minutes of this quote being released, it created a whirlwind of controversy. The words “step up” were trending around the world. With singers like P!nk lashing back on Twitter saying women have been “stepping up, and also stepping aside” for years, people are taking a second look at the music industry and its support of women.

It seems as if every industry has a lack of females within it, which is unsettling, to say the least. As a young female studying to pursue a career in the music business, I can’t help but think about the future of my profession.

Will I be discredited?

Will I be overlooked?

Will I be supported?

So who is to blame for this lack of female representation? That’s the big question.

As easy as it is to put the blame on those who seem to disregard the challenges women face, I have to disagree. No one person in particular is to blame for this problem. Instead, it has to do with the lack of action being taken to prevent this sort of discrimination from happening again…and again…and again.

A movement has been started by Care2 Petitions, asking for over 14,000 signatures to remove Portnow from his position as president of the Recording Academy. Is this enough? To simply remove people from their position of power? So someone who is probably set for life is out of a job. Okay. Now what? What happens when another person of authority makes a sexist, degrading comment? We can’t keep pushing people out of their positions of power only to have someone similar fill their shoes. So what exactly can we as women and men do?

Speak up. Be Assertive.

Artists like P!nk, Nicki Minaj, Beyoncé and Kesha have the right idea when it comes to speaking out about the lack of female representation in the music industry. An important step is to acknowledge the problem and bring awareness to it. One of my favorite quotes about sexism in the music industry is from Beyoncé, who encourages people to stop buying into the myth of gender equality.

As women, we’re taught it’s not very ladylike to be assertive and speak up for what we believe in, and that must change. Despite our best efforts to stop these issues, they remain prevalent. This again stresses the importance of continuing to discuss the issue. Don’t stop talking about it, because the moment we do, people will be even more oblivious to the hurdles women in the industry face.

Not Everything is a Competition.

Despite the music industry having the reputation of being one of the most cutthroat businesses out there, we don’t always need to have the “anything you can do, I can do better” mindset. Women should support women. Men should support men. Men and women should support one another. By offering this support, we acknowledge other people’s talents and strengths. Whether it be a woman’s strength in songwriting, producing or performing, if you find her talented, support her.

One of my favorite things about Nashville is its writer rounds. Often taking place in a small, intimate bar, a group of friends will get up on stage and take turns singing original songs. Sometimes these people are even the masterminds behind the hits we hear on the radio. Throughout my time in Nashville, I have seen countless rounds that exclusively showcase female writers. I think this is a great place to start, especially in terms of supporting female artists. Some of these women have even written songs for some of music’s biggest male stars. These women offer different sounds. Different perspectives.

So why aren’t more people listening to them?

Enough with the Double Standards.

It’s the classic Taylor Swift effect. When a female artist writes songs exclusively about ex-boyfriends, she’s seen as a serial dater, someone who is incapable of love. Yet when a man’s discography revolves around failed relationships, people don’t take a second glance.

Look at last year’s Grammy Awards show. Pop singer Sam Smith gave a shout out to his ex-boyfriend for inspiring his award-winning record, In The Lonely Hour. It seemed like people everywhere were praising him for his boldness and humor. But do you remember when Taylor Swift did the same exact thing a few years back and was instead greeted with insults and criticism for being immature?

Another classic example of double standards in music is the sexualization of the female body. When a woman voluntarily dresses provocatively, she’s seen in a negative light. She gets around. She’s trashy. She’s easy. But what happens when women are portrayed this way in a man’s lyrics or music video? She’s sexy. She’s objectified. And suddenly, that’s okay.

In Maddie and Tae’s “Girl in a Country Song,” the female country singers take a stand against the traditional portrayal of women in country music. Tired of being viewed as stereotypes, the singers reversed the roles. In their video, men were portrayed in the same light as women in country songs. Dressed in daisy dukes and tied-up flannels, male actors strut their stuff.

But wait—here’s the kicker. Maddie and Tae received a significant amount of backlash for their so-called “offensive” video. It was even deemed “Anti-Bro Country.” Huh.

I think the answer to this dilemma is quite simple. Treat men and women the same. Despite this tragic flaw within the music industry, I do see a light at the end of the tunnel. When I think about the fact that a woman is the chairman of Atlantic Records or Kesha rising up after her struggles with sexual harassment, I can’t help but feel inspired.

I am inspired to create a world where change exists.

I am inspired to work in an industry that will see a rise in female power.

[This editorial was written by Eo8’s own patriarchy smasher Bri Goebel.]