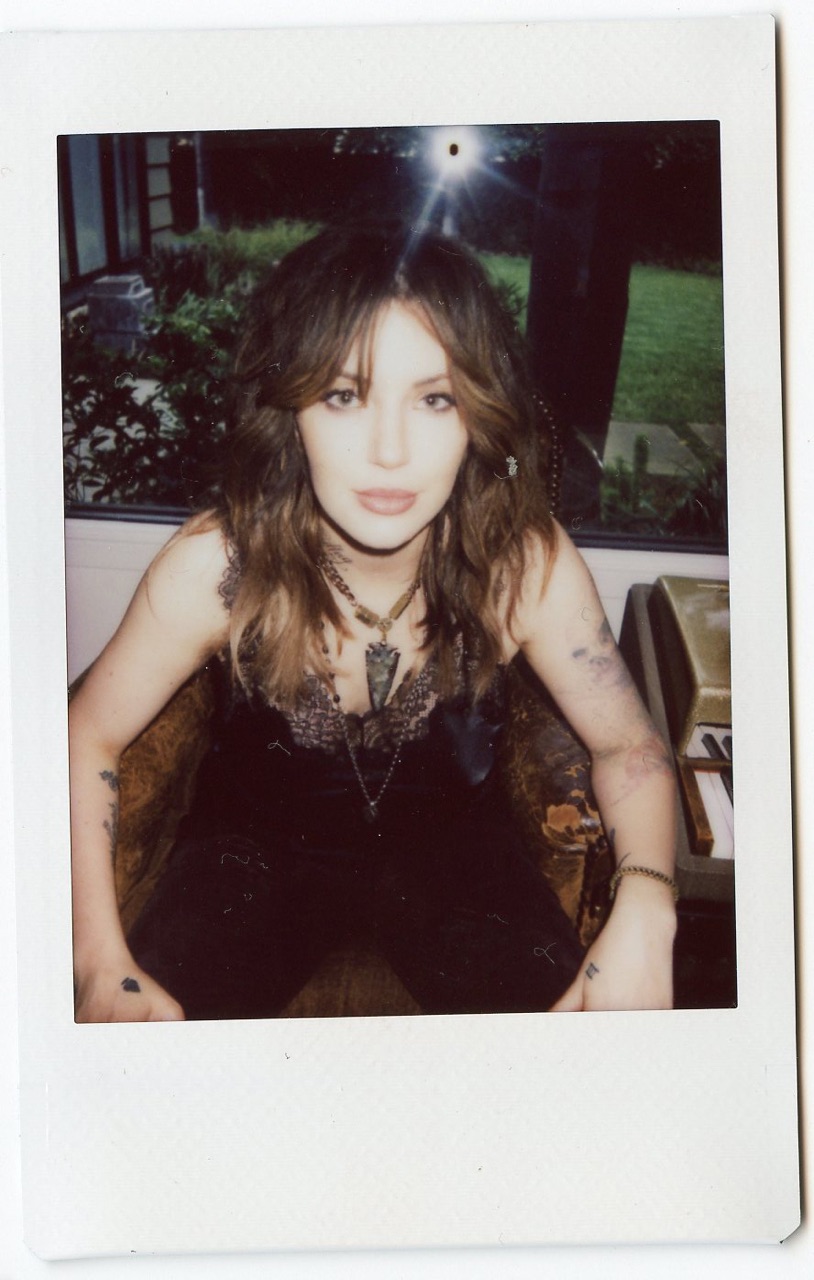 “I think it really needed to happen,” says Dorothy Martin, frontwoman of alt-rock outfit Dorothy, of the ultimatum she received from her producer, the iconic Linda Perry. Then right before a recording session for her forthcoming album, 28 Days In The Valley, out March 9th via Jay Z’s Roc Nation and Kerry Brown and Linda Perry‘s We Are Hear, Martin had partied until 5 a.m., and turned up at the studio at 11 a.m. the next morning, ready to roll. Or so she thought. Perry, who also manages the band, kicked Martin out of the studio with a firm warning: “If you feel you can’t do this, tell me now because you’re wasting my time. You are better than this. Call your sponsor, go to a meeting, get your shit together because these songs are great and we are going to make a fucking great record.”

“I was struggling for a long time with sobriety, which is something I don’t mind talking about. If someone can get help from my experience, then that’s good,” Martin explains. “It was a turning point, that session in the studio. It really opened my eyes. I feel so much better now, and I’m really glad that it happened. She’s so ‘tough love’ and she’s not afraid to tell you the truth. She doesn’t operate from fear. She’s a very brave, honest person,” she adds of Perry. “It was good to be sat down and have someone hold a mirror up. I knew I was struggling, but it was time to find a solution. I feel like I did. The album was a very healing experience for me,” she reveals. “I feel like I’ve grown as a singer, as a songwriter, as an artist, and as a human being.”

Martin, who grew up on a steady diet of oldies but goodies in her father’s record collection, tried her hand a pop music for a while, but it didn’t feel natural. “This record is so honest; I’ve opened up even more about who I am, and now, I don’t even think about it,” she says. “It just feels right, and I go with my intuition.” Thank goodness she does, because her gut feelings are on point. Martin’s powerful, gritty vocals erupt through each song like a modern-day Grace Slick or Ann Wilson, as she beautifully carries the torch of hard rock icons who have paved the way, and adds her own unique heat to the fire.

“I tried not to overthink anything, and make it more from the heart,” Martin says of the creative process. “It was a new experience for me—I had been beating my head against the wall trying to find the perfect lyrics, trying to be cool, trying to please people, and now I don’t care. I just want to write what’s honest and what’s real. Linda is intuitive and she was constantly reminding me to stay out of my head.” Perry also encouraged the band to seek local talent to provide opening support in each stop on Dorothy’s current Freedom Tour. “It’s a great idea. If you’re an up-and-coming band, how cool is that?” she says. “We also want to see what the local music culture is like in each town. It opens minds and hearts and gives back to the community in a way.”

The Freedom Tour will bring Martin and company to perform at Nashville’s Mercy Lounge on Saturday, January 27th. “I love Nashville. I want to move to Nashville! I may one day, anything can happen,” she declares. “Let us know what you think about the music! We hope people enjoy it. We love seeing people who come out to our shows, it’s been a total lovefest, totally positive,” she continues. “If you want to feel good and forget your worries, come out to the show.”

[Click HERE for tickets and show information. Click HERE to learn more about becoming opening support for Dorothy on tour.]