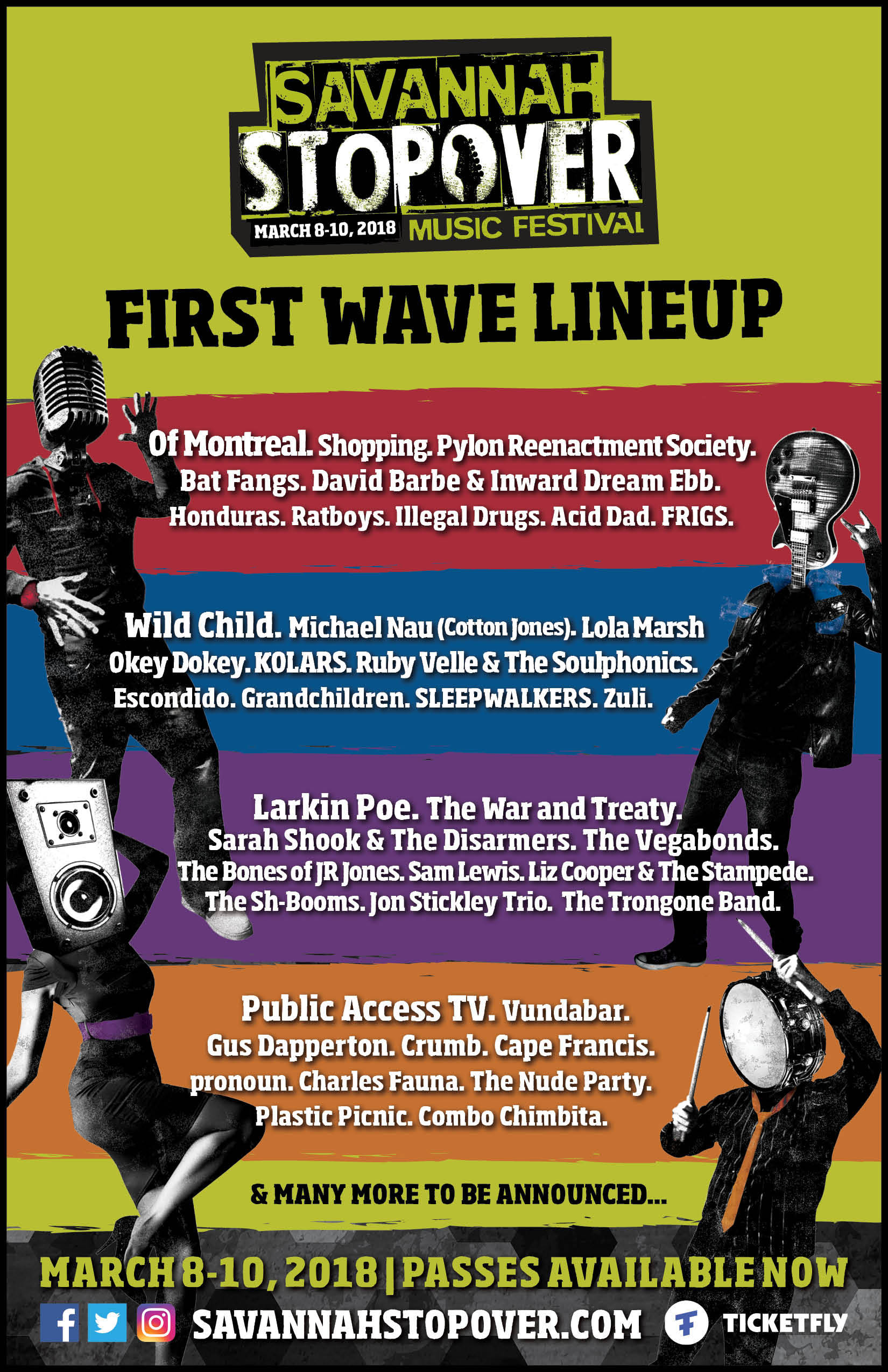 Entering its eighth year as one of the Southeast’s best (and laid back) music festivals, Savannah Stopover is announcing the first wave of bands for their 2018 lineup. Regional favorites of Monreal are set to headline Saturday, March 10th at Savannah’s Ships of The Sea Museum, North Garden.

The three-day festival takes place each year in historic downtown Savannah and offers a pleasantly walkable experience in a charming coastal environment. You even take your beer with you on the street between venues! SSMF puts a premium on musical discovery in an intimate setting at a price unrivaled by any similar music festival ($34 for single day, $59 for two day, $79 for three day).

Savannah Stopover has an incredible track record for booking some of the brightest up and coming talent. Grimes, The War On Drugs, Future Islands, Mac Demarco, Margo Price, Julien Baker, St. Lucia, DIIV, Ra Ra Riot, St. Paul & The Broken Bones, and countless others have played Stopover before “breaking out” of the pack.

Beginning as a convenient stop for artists coming down the east coast on their way to SXSW, as the festival has grown, more and more regional and national acts of the established nature have decided to make Savannah Stopover a destination in its’ own right. Savannah Stopover will showcase 80+ bands in small to mid-size venues across Savannah’s Historic District.

The next wave of confirmed acts, including additional headliners and local Savannah Bands, will be announced in January. More than 80 bands are expected to perform at the 2018 festival, selected from hundreds who submit to play. Bands looking to submit can do so at SonicBids.