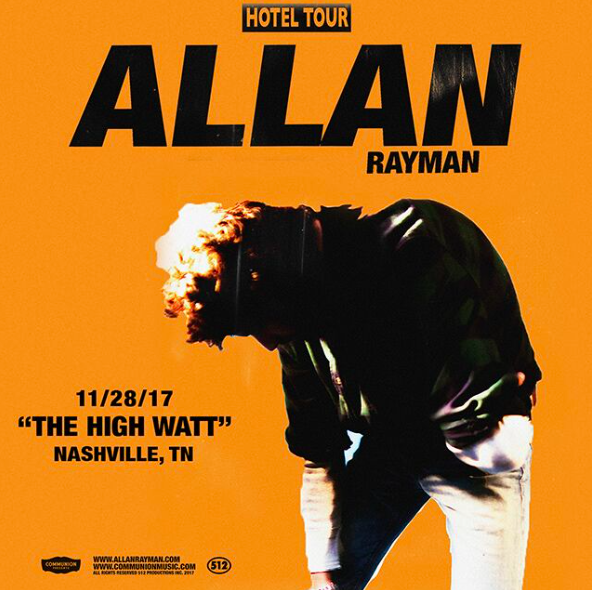 In these times of media over-saturation and overexposure, one man stands clear of the fray–meet, if you haven’t, Allan Rayman, whose sultry style of bluesy R&B is captivating. Apparently, he doesn’t do interviews, and he is super secretive and mysterious, so we don’t know a whole lot about him…but here’s what we’ve heard:

So, there you have it. What’s the important takeaway? Well, beloved readers, Allan Rayman is amazing, and we know this for a fact because of his sheer talent. It speaks for itself, and it speaks loudly. Want to see his Nashville show at The High Watt on November 28th for free? Enter to win here (there are no obligations associated with this, we sincerely want you to go have a good time!), and stay tuned! We will announce a lucky winner on November 27th!