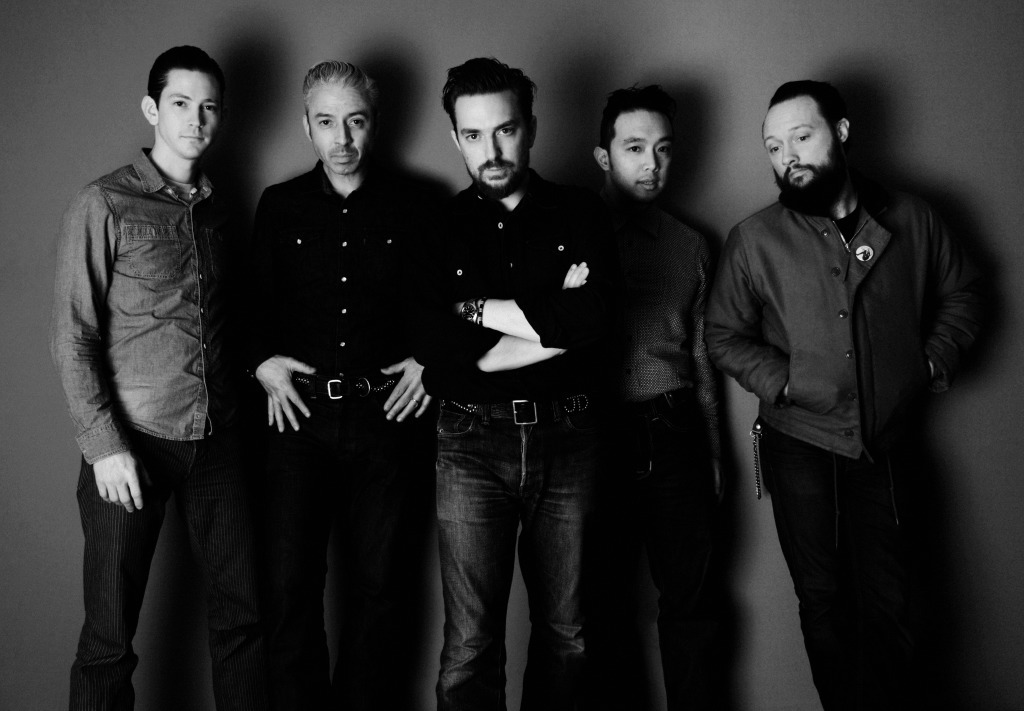 “Check, check, and check, Check all those boxes,” reveals Nashville’s JD McPherson when asked about the pressures he faced when making his new record, Undivided Heart & Soul, out now via New West Records. “I’m a compulsive worrier,” he admits. “I’m confident in my taste, and I have, at the same time, this incredibly crippling fear. I’ve been given the ability to do for a living what I’d been doing for free since I was 16 years old, and I was like ‘please don’t take it away from me.’” After several false starts, McPherson had burned through his recording budget, and realized that his songs weren’t quite ready to record. “We were under duress, and I wanted to work with someone I trusted,” he says of his choice to work with friend and producer (and Lucius drummer) Dan Molad. “He’s got some crazy ideas, he’s such a musical guy. He would throw all kinds of stuff at me, we had to figure out where our comfort zone was,” he laughs. “It was cool, a challenge, and I’d never done it that way before. He was a heroic figure, coming in at the last minute and squaring the boat.”

McPherson also took advantage of the collaborative nature and oasis of talent in his adopted hometown to put some finishing touches on the new songs, which feature artists like Butch Walker, Nicole Atkins, Parker Millsap, and Aaron Lee Tasjan. “I was putting roadblocks in front of myself,” he says. “I need some help getting over them.” With so many collaborations, Undivided Heart & Soul is a delectable blend—a little taste of Buddy Holly, a dash of The Strokes-like fuzz, a pinch of Queens Of The Stone Age-esque grit—and all one hundred percent JD McPherson.

“I was as punk rock as I could figure out how to be in Buffalo Valley, Oklahoma,” he laughs about his musical roots. “My folks had a ranch, and I was into the music my older brothers were into, guitar rock. My very favorite thing was Van Halen. They might still be my favorite thing, but that’s a whole ‘nother interview,” he laughs. “The minute I figured out what punk rock was, I read about it in a magazine, and I was like ‘Ok, this is it. This is what we do now. I was in three bands, we worked on it all the time—you need to have something to believe in, something creatively speaking when you’re a kid,” he levels. “Punk rock is a really good outlet for frustrated 15 year-olds. We had a song abut Dungeons & Dragons, I wrote a song about Naomi Campbell, and we had a song about oil companies,” he laughs. “Three very Oklahoma-centric things, to be sure.”

His world shifted, however, when a crush bestowed upon him a Buddy Holly box set. “It rewired my brain,” says McPherson. “It was exuberant and visceral like punk rock, but it had good guitar playing in it. That was when Buddy was doing his rockabilly thing. After that, I fell in love with early R&B, and that’s all I wanted to do.” And done it, he definitely has. With Undivided Heart & Soul, his third full-length LP and his first with New West Records, McPherson continues his pattern of musical excellence. His first album, Signs & Signifiers, presented a traditional approach to American R&B—it made every pompadoured greaser gasp and every rockabilly pinup swoon. As the years went by, McPherson got into garage rock and fuzz pedals, and his style began to evolve. “After a lot of internal struggle, I followed the rabbit,” he says. “The new record is still rock n’ roll, just maybe like 15 years into the future from the last ones,” he says with a laugh. “Maybe the next one will be like a 70s ABBA-style one.”

[JD McPherson will perform at The Basement East on Saturday, November 18th. For tickets and show information, click HERE.]